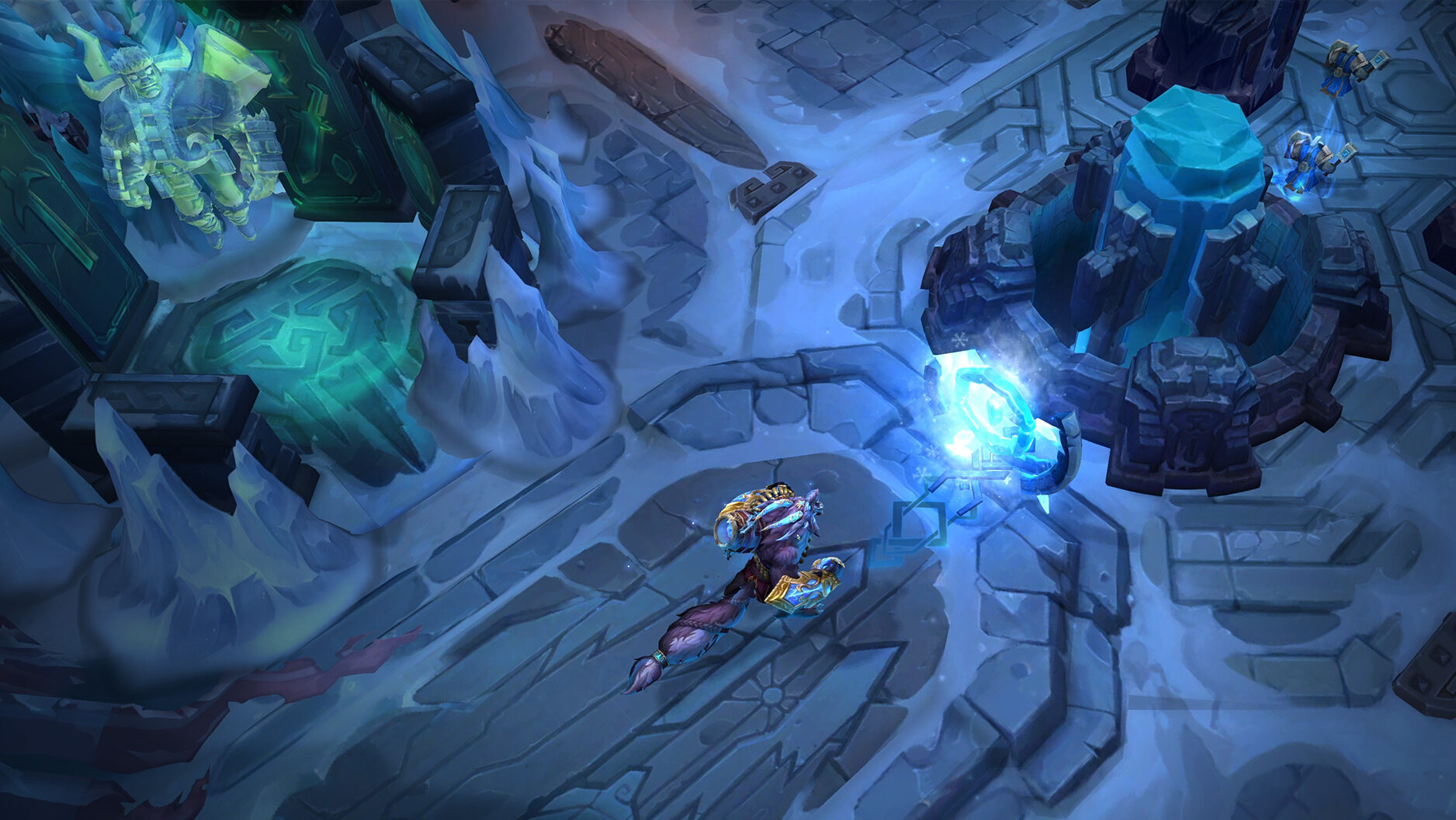 Major updates to the ARAM map and more coming this preseason

The highly-anticipated 2023 League of Legends preseason is hitting the live servers this week, and Riot Games are making significant changes to one of its maps, the Howling Abyss (ARAM).

There is plenty to discover in this new update as it hits the Public Beta Environment for testing this week. Shortly after, players on the live servers will be able to compete in the completely revamped game mode as it releases during the preseason patch cycle.

Furthermore, champions that use the Energy resource will gain faster regeneration so they don’t run out of it in the long, intense ARAM fights. Additionally, Assassins can also look forward to increased Tenacity, as these types of champions often struggle to find angles in the linear ARAM setting.

Then, a specific champion is receiving a nerf: Ashe will receive -20 Ability Haste in ARAM to reduce her poking strength through Volley (W) and the frequency of her Enchanted Crystal Arrow (R) when she builds Imperial Mandate.

Changes to Howling Abyss coming in the 2023 Preseason

Balance changes are fun, but ARAM will be interesting starting this preseason for bigger reasons: Riot is revamping Howling Abyss by adding new elements to the map to impact the gameplay.

First and foremost, Riot is adding a Hexgate (as we know it from Summoner’s Rift when the Hextech Drake spawns) so that players can travel faster from the base and into the fights. The Hexgates start at the Nexus and teleport to the outer tower and Inhibitor when the tower falls.

Aside from warping around the map, Howling Abyss will get a new brush right in the middle. The new brush is on the opposite side of the ones we know and should add a new element of sneakiness and surprise to the map. According to Riot, it’s big enough to hide a whole team.

New terrain is also coming to ARAM, as destroyed towers leave a “pile of rubble” moving forward. This rubble will act as terrain and make the path around a fallen tower trickier to navigate. It will set up new choke points and a more complicated way to escape.

While these seem like small adjustments, this should be plenty to shake up ARAM as we know it. The changes will go live over Patch 12.22 and 12.23.