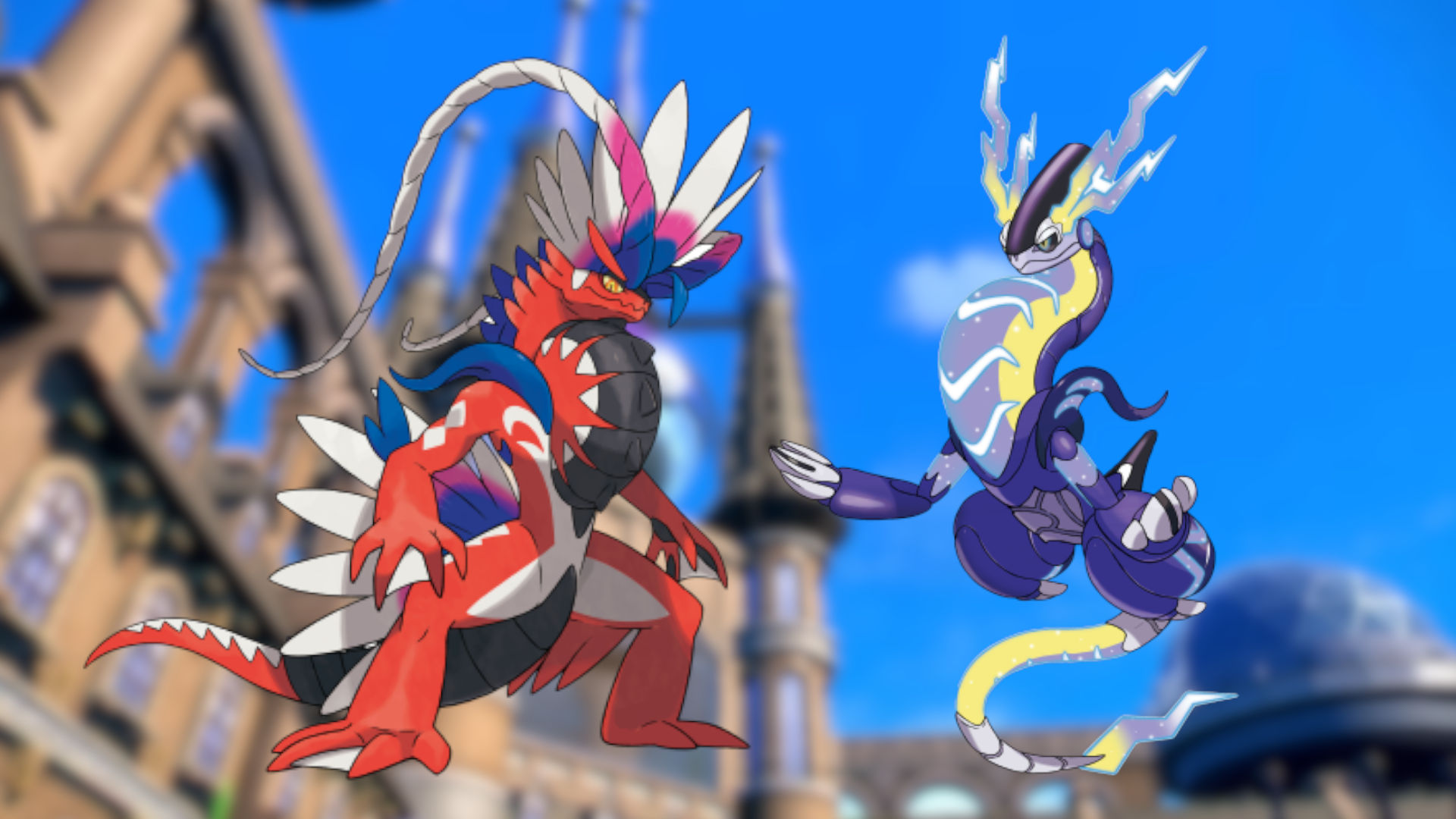 Pokemon Scarlet and Violet’s second trailer made the game seem very mid. The third trailer has only padded those low expectations.

At least this time there wasn’t any more news about Koraidon and Miraidon, the ridiculous travel-based legendary Pokemon.

We’re still not happy about them and are convinced the devs are taking the piss out of us.

The new Pokemon Scarlet and Violet trailer is titled ‘Seek your Treasure!’ and aims to tell the players more about what they can expect from the Treasure Hunt mentioned in trailer two.

All we actually get told is that ‘The Treasure Hunt is a huge part of the Naranja Academy school year’ and ‘We’re more just making our own adventures and seeing what the Paldea region has to offer!’… well, that’s helpful.

To learn more about this Treasure Hunt, we instead decided to head to the Pokemon website, where we found this:

The school that you’ve enrolled in hosts a special independent study project. The theme of this assignment is “A Treasure Hunt.” Explore the world and seek out your very own treasure!

So after all that, we still don’t really know what the Treasure Hunt actually is. Let’s just hope it’s fun to play when the game releases.

The game will, of course, be supplemented by its normal Gym Leader objectives. The player will be greeted by Ms. Geeta, the Chairwoman of the Pokemon League, who will promptly invite you to try to become a Champion-ranked Trainer. Defeat all 8 gyms, you get to challenge her. You know the drill.

The one difference this time is the ‘Gym Tests’, where players will have to undergo a certain challenge before they are able to take on the Gym Leader. The one on display in the trailer involves finding a certain amount of Sunflora, which doesn’t sound tedious at all.

Lastly, there’s the Herba Mystica. The Herba Mystica are rare ingredients that restore health instantly when consumed. They are guarded by Titans, larger and stronger versions of Pokemon that will act as small boss fights. In the trailer, we see a Titan Klawf, a crab-like Pokemon that looks like it’s trapped in an endless cycle of ‘Nam flashbacks.

You’ll be joined on the quest for Herba Mystica by Arven, who isn’t handy in a battle but will exchange some of his cooking for your protection. Let’s hope this storyline adds some drama to what currently seems like a rather bland story.

The new Pokemon Scarlet and Violet trailer also reveals this Generation’s Team Rocket equivalent. They come in the form of Naranja Academy’s resident school bullies, Team Star. Team Star occupies an area called Starfall Street and is split into smaller squads. The player has to attack the squad’s base in order to take on the squad’s bosses.

Team Star bosses will appear in their own custom cars known as ‘Starmobiles’. These Starmobiles look like a cross between a Mad Max vehicle and Fortnite’s battle bus. If you couldn’t guess by that, we don’t like the look of them either.

Finally, there were more new Pokemon revealed, this time, version exclusives. Ceruledge and Armarouge are their names, and they looked like Mega Man-inspired Digimon rejects. Seriously, Nintendo, is this all we are to you?

At least there’s one positive revealed in this trailer: Auto-battling. By using the ‘Let’s Go!’ feature, you can send a Pokemon off in a direction of your choosing, continuing on in your own adventure as they explore.

While they’re away from you, they will automatically battle wild Pokemon and pick up items. This feature actually sounds really cool and we’re really into it.

Ultimately, these Pokemon trailers have left a lot to be desired. That being said, the Open World aspect of this game is something we’re excited about and we’re sure Game Freak will have done enough to make it entertaining to play. Just please, Game Freak, learn how to design Pokemon again.

I haven't been this unenthused about an upcoming Pokémon game since Let's Go Pikachu/Eevee.