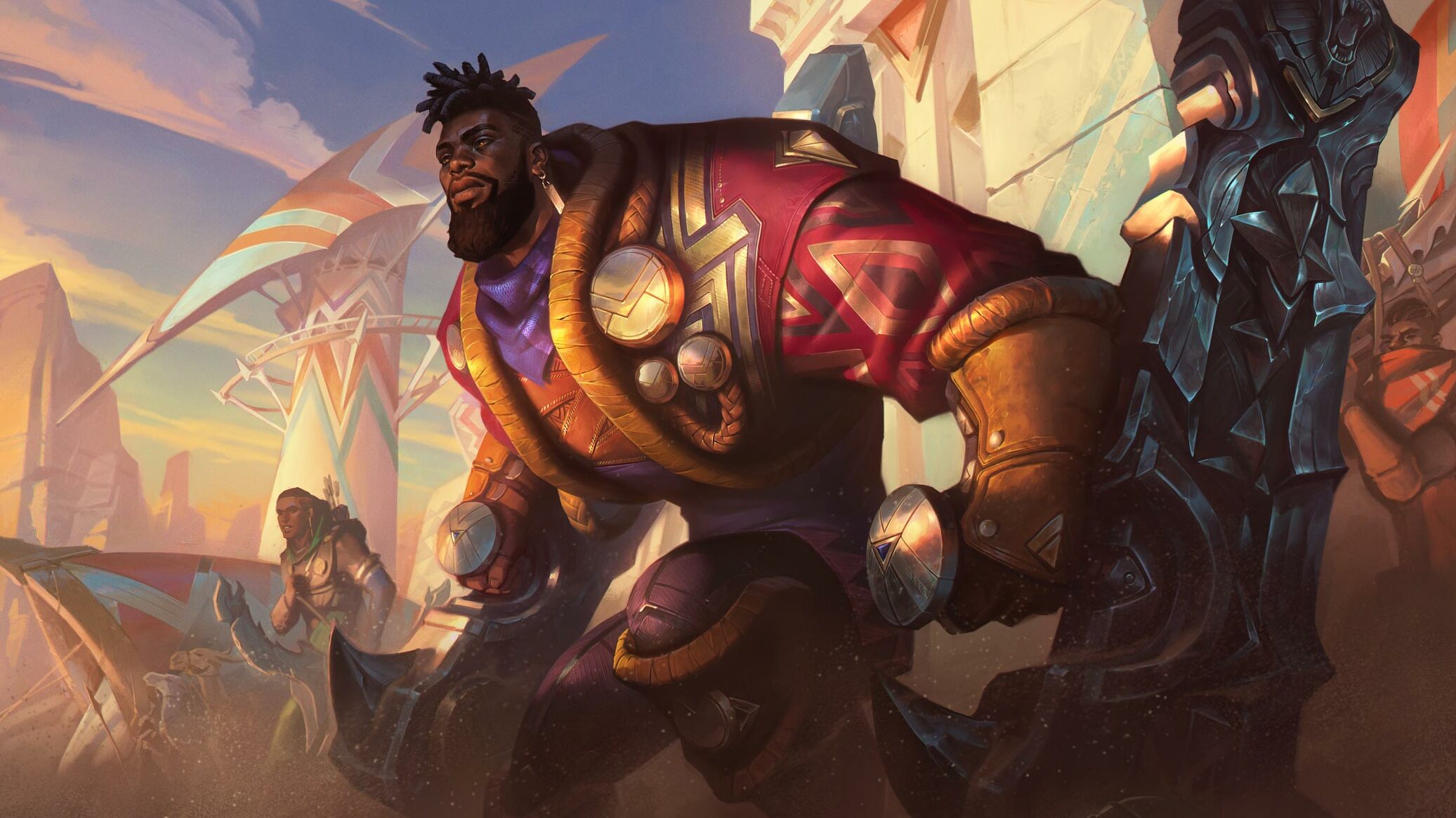 Plenty of dashes and crowd control: Here are all abilities for K’Sante

Riot Games has been spamming K’Sante teasers this week, and now the full ability reveal is finally here.

After K’Sante’s first gameplay trailer dropped yesterday, fans can now see the exact descriptions of all his abilities. As expected, his kit will be loaded with dashes and crowd control.

K’Sante should make any squishy carry run away in fear, and they better do it quickly. If you get too close to K’Sante, you might not get away in time before he serves you a grey screen. On top of all that, K’Sante will set a new standard for buffs when he enters his ultimate form.

K’Sante will set foot in the top lane, but he might be more than that

K’Sante won’t be your typical tank in the top lane. While he has plenty of tank aspects in his kit, such as crowd control and engage tools, he will be more than that.

The dashes and his ultimate set up K’Sante to be one of the most mobile tanks in the game. There’s a solid chance that K’Sante can work with specific damage builds in the right matchups. There’s even a chance he can be flexed into the support position, as his Footwork (E) synergizes perfectly with an ally.

There’s a lot to discover in K’Sante’s kit, and only time will tell how he will be played. While Riot has marked him as a top laner, we all know that this can change many times when he finally hits the live server.

Here are all abilities for K’Sante in League of Legends

K’Sante is a pretty straightforward champion, but with a big twist because of his ultimate. All Out (R) makes all of K’Sante’s abilities change for the better while active.

All Out: Attacking a marked enemy will deal physical damage and max health true damage.

K’Sante deals physical damage in a small cone around him, briefly slowing enemies hit. If K’Sante hits the same enemy within a short duration, he fires a shockwave that pulls them in.

All Out: Ntofo Strikes cooldown is reduced but no longer slows targets.

K’Sante charges up his weapons and becomes unstoppable, and reduces incoming damage. When he releases, K’Sante dashes forward to damage, knock back, and stun enemies he passes through.

All Out: Path Maker’s cooldown is refreshed, and the damage reduction is increased. Path Maker also deals additional damage and gets a faster dash speed.

All Out: Footwork gets an increased dash speed and increased range. Footwork can also dash over walls.

K’Sante deals damage and knocks back an enemy champion. If the enemy hits a wall, it will take more significant damage and is knocked back over the wall while being stunned. K’Sante dashes after the enemy and enters his All Out form.

All Out: K’Sante loses a percentage of his max health, bonus armor, and bonus magic resist. Instead, he gains increased damage, omnivamp, and transforms his abilities.

Expect K’Sante to be live for testing on the Public Beta Environment soon, with his release to follow in one of the upcoming patches.