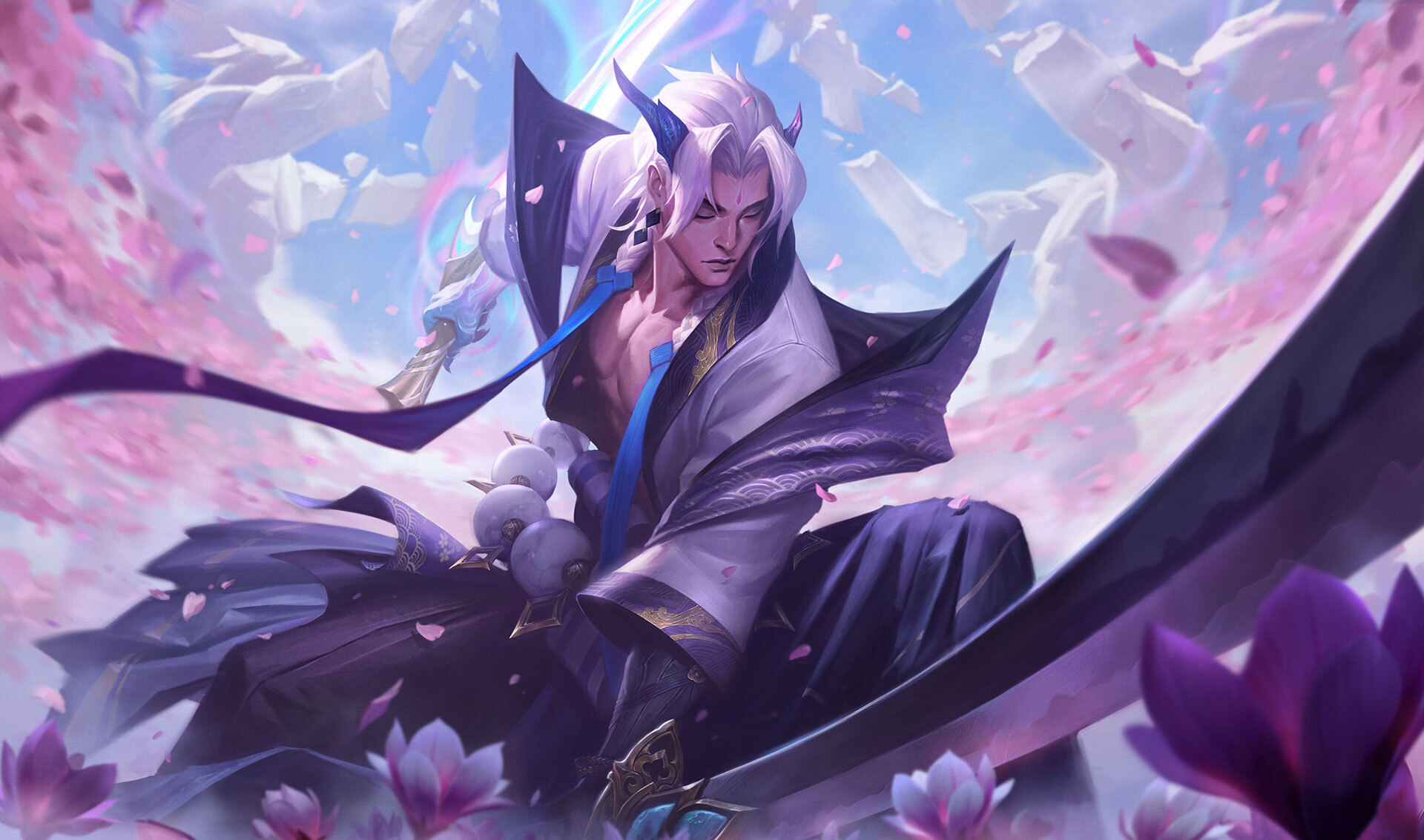 The build came out of Korean solo queue a few months back (what a surprise). Besides Doinb, more players have played it in pro play, including FPX’s mid laner Yang “Care” Jie and GenG’s superstar Jeong “Chovy” Ji-hoon.

When to play this build?

While this build can be played every game, it will make more sense in some cases than others. If you have a low-damage team composition, maybe opting into a traditional build could be wiser. However, if your team has a lot of carry and high damage champions, Tank Yone becomes a much more interesting option.

Since Yone is viable in both mid and top, your lane counterpart can highly influence your build choice. For example, if you are playing mid lane into a high-damage champion like Ahri or Akali, Tank Yone will have a lot of value. Yet, if you play top lane versus a full tank with no kill threat, scaling Crit Yone might be a better option.

The core item of the build path is the Blade of the Ruined King. Besides the standard Berserker’s Greaves, it is the first item you should purchase.

You have two options for your Mythic item: Sunfire Aegis or Frostfire Gauntlet. Both choices are very good and provide Yone with a lot of tankiness. Make your choice depending on your matchup, team compositions, and/or personal preference.

From there, most players opt for tanky and bruiser items such as Death’s Dance, Wit’s End, Guardian Angel, etc. If you feel you have enough damage and want more defensive stats, consider buying Randuin’s Omen or Anathema’s Chains.

As for Runes’ choice, the classic Precision and Resolve combination with the Lethal Tempo keystone is the way to go. Triumph, Legend: Tenacity, and Last Stand, followed by Second Wind/Bone Plating and Overgrowth are generally good selections. However, always think about your matchup before you decide what runes you go for each game.

Unlike traditional Yone build that focuses on Critical strike chance, Tank Yone relies on the champion’s high base damage and on-hit effects to deal damage. Since he already does a lot, extra sustainability helps Yone survive potential enemy burst and take over long fights.

Also, this build provides Yone a much earlier power spike. Usually, Yone wants to build his AD Mythic item plus an Infinity Edge to get to 100% Crit chance before he opts into big team fights. Although it maximizes Yone’s damage output, the build path is slow and very expensive.

On the other hand, Blade of the Ruined King might be the strongest one-item power spike in the game. Besides providing Yone the sustain he needs in lane, it allows him to get online much sooner. Drakes and Rift Herald getting buffed recently puts a lot of emphasis on early to mid-game fights.

Tank Yone still scales well, as he deals decent DPS, but he won’t get easily one-shot. He also becomes a better engage option for his team as he can take much more damage than a Crit Yone would.