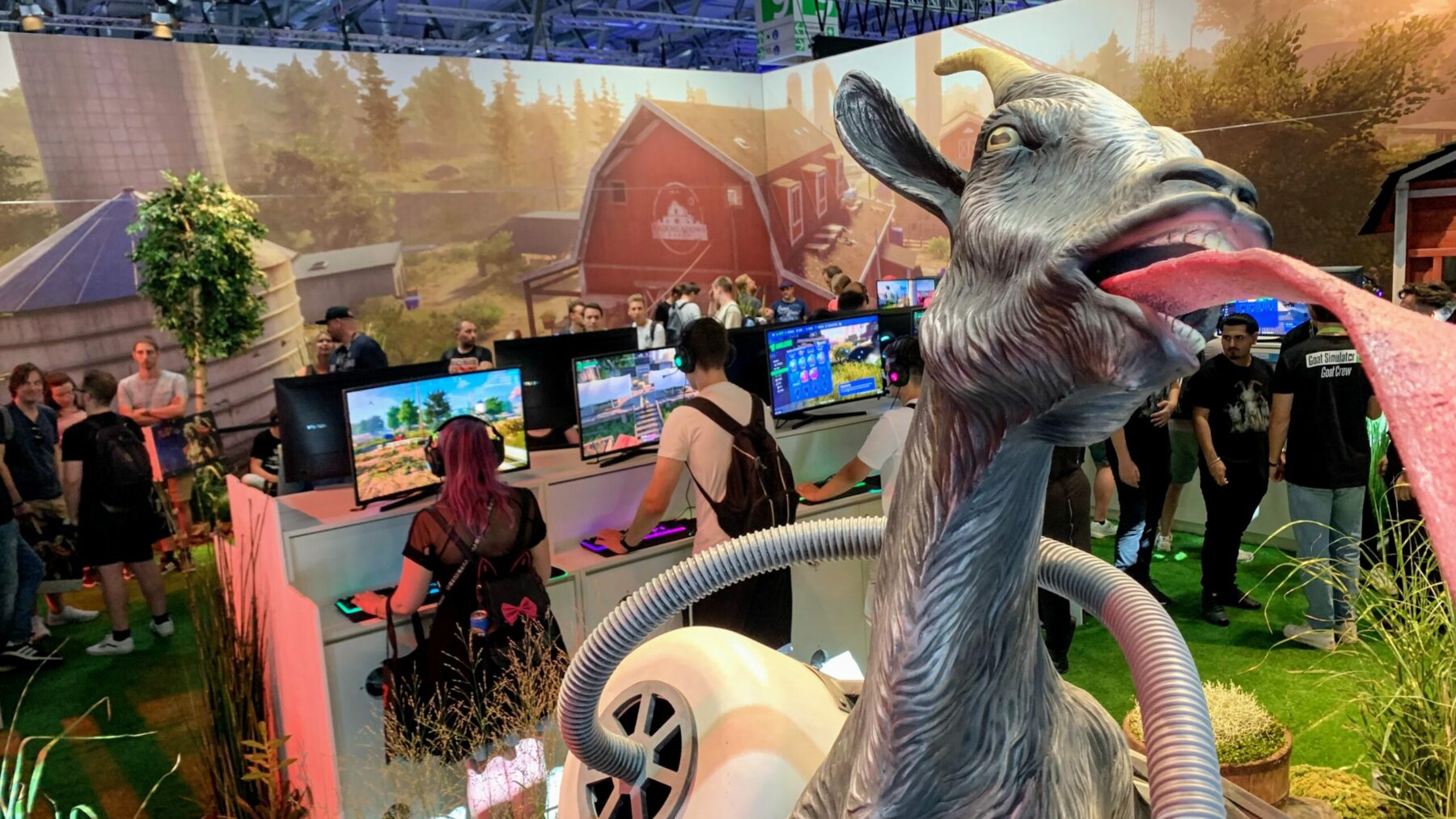 Photos: The 5 most popular games at Gamescom 2022

Gamescom 2022 is going strong, and gaming fans worldwide rally in Cologne to watch, experience and play the newest games with buddies.

When you stroll through the 11 different ginormous halls of – 220,000 square meters – you realize that some of the 1,100 exhibitors at Gamescom 2022 are more popular than others.

Throughout day 1 of Gamescom 2022, Jaxon made our own unscientific but very reliable(!) examination of the game publishers’ booths.

Simply by looking at queue time (yes, people queue up in lines of hundreds waiting to play their favorite games), you can tell how popular certain booths are over others.

We’re not surprised. The superhyped goat simulator series that has become a meme in the gaming community is naturally drawing a lot of attention at Gamescom 2022. Guests are herd-ing to the booth to immerse in a goat universe as Pilgor the protagonist.

Inside the booth, you can try the game’s features, including testing explosives, weapons, and jetpacks. Goat Simulator 3 is the newest game in the series and is one of the biggest announcements at Gamescom 2022.

The Sonic photobooth, where you can take a selfie with the legendary hedgehog at Gamescom 2022, probably boosts the popularity of the Sonic Frontier booth.

Throughout the day, masses of people have assembled to be able to play a few minutes of the upcoming game. In Sonic Frontier, Sonic is zipping and racing around an open-world (or, open-zone as they call it) landscape named Starfall Islands.

#3 Alone in The Dark

Okay, the Alone in The Dark booth is cool. Many of the impressive booths at Gamescom 2022 are made by the more well-known (= rich) publishers. But the publishers behind Alone in the Dark, the remake of the 92 game, have made a cool booth that draws a lot of attention.

People are sitting on the floor waiting to enter the house to get a quick glimpse of the new game, where you play Grace Saunders as the protagonist.

Many guests at Gamescom 2022 are queuing up to try out the new mechanics in Company of Heroes 3 including a full sandbox style campaign map and more factions to play. Sega has brought a lot of (what looks like) WWII props like a veteran motorbike and war equipemnt.

Whether it originates from the new setting of Company of Heroes in Italy and North Africa, is unknown – but it’s cool as hell.

The hyped Ubisoft action-adventure game Skull and Bones will release in a few months. So, of course, the developer has made a huge-ass installation. And people absolutely love it.

We totally follow the hype; who isn’t looking forward to playing as a 17th-century outcast rising in the ranks and becoming an infamous pirate captain? Grrrrr!

We just couldn’t make a list of the most popular games at Gamescom 2022 without mentioning Farming Simulator 2022.

The entire day since the morning, two very German gentlemen have been standing on the stage at the booth shouting all kinds of superlatives about their game. And throughout the day, people gradually assembled at the booth with a huge-ass John Deer(?) tractor next to it. Of course.