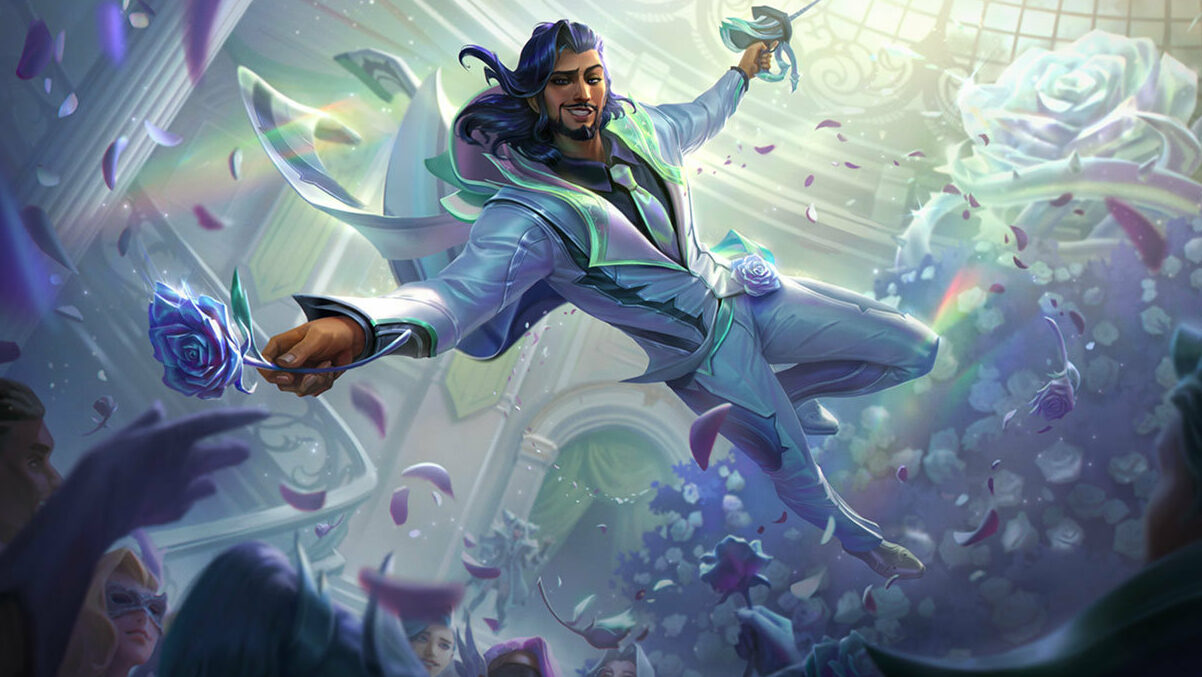 People are having fun with this recent Akshan change

A recent change on League of Legends Patch 12.20 has gathered many’s attention, as Akshan can now spin infinitely.

In the recent patch, Riot Games changed Akshan’s Heroic Swing (E), so it can now swing from three seconds to infinite. The change has inspired many players to try it out, and it’s fair to say that it can be a lot of fun.

Akshan can use his Heroic Swing on the small walls in each base and go around forever or until he breaks off the spell. He can even swing on Trundle’s Pillar of Ice after it disappears from the map.

The new change is already spreading in the community, and several people have posted fun videos about it.

One of the first showcases how Akshan can “spin right ‘round” like a record in the middle of the enemy base from level 1. He will even aggro two minion waves and kill them without taking damage unless someone comes to interrupt him.

Paired up with Trundle, the new change could also open up more Trundle and Akshan bot lanes. With the interaction with Pillar of Ice, we should be expecting some fun “spin to win” clips in the near future.

G2 Esports is jumping in on the Akshan fun

It would be strange if G2 Esports’ social media team didn’t jump on this Akshan opportunity. Shortly after the new interaction spread, G2 posted a great meme that would only take the fun to greater heights.

Familiar faces had also reacted to this change before it went live. Streamer Simon “Thebausffs” Hofverberg gave his opinion on it in the patch notes, saying that it could either make Akshan super broken or not matter at all.

So far, it doesn’t seem to affect his win rate directly but expect more Akshan players to pop up in your solo queue games. Who wouldn’t want to try out the new spin, even if it won’t lead to significant gains in LP

Riot has certainly been brave in making this change, but so far, it seems like the community is loving the new spinning Akshan.