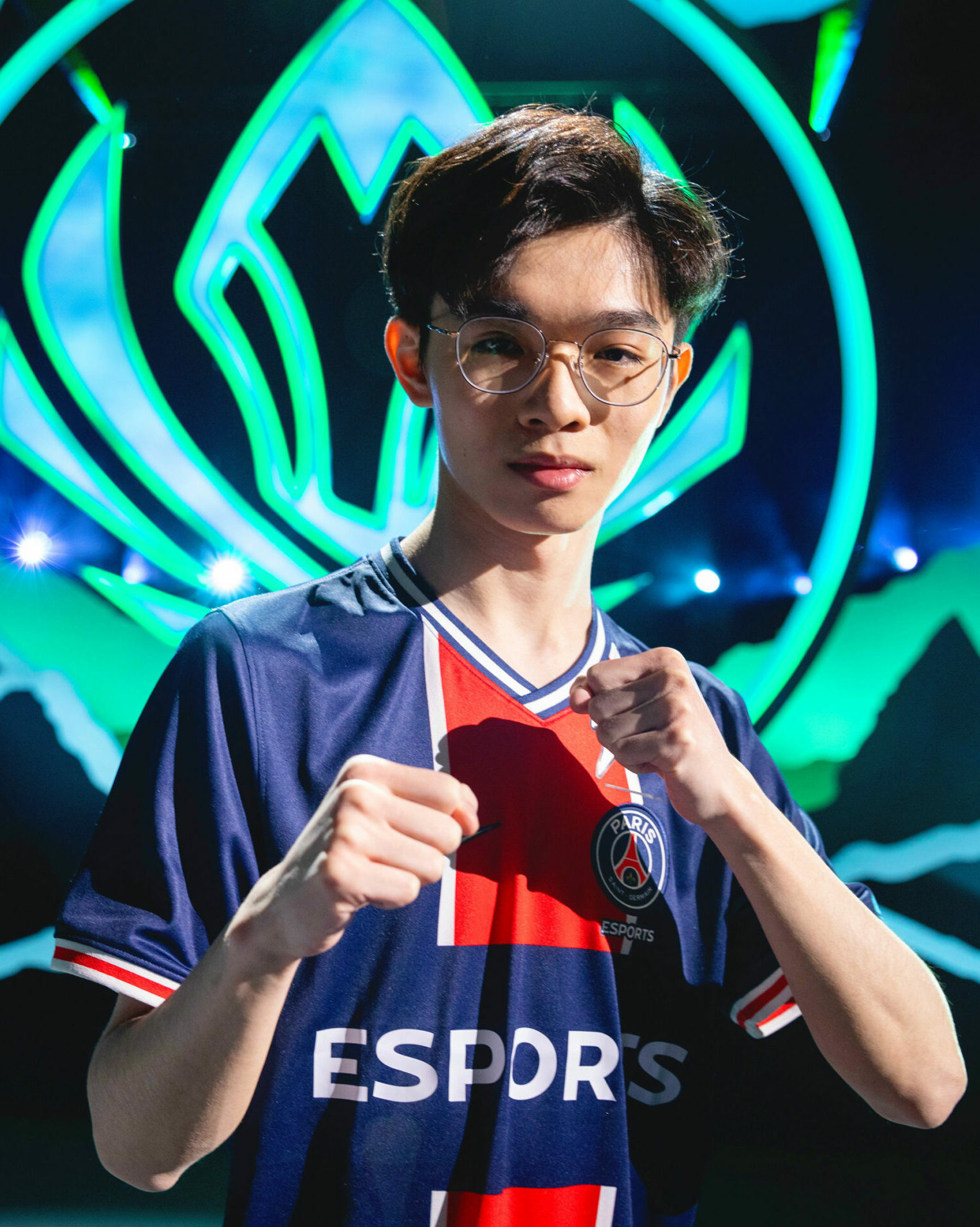 The two representatives, PSG Talon and Beyond Gaming, had a fierce rivalry that resulted in two five-game series in the PCS playoffs. Beyond Gaming surprised many PCS fans by winning the first series against PSG Talon's full roster, leaving great expectations before the start of the Worlds 2021 Play-in stage.

Reirachu delved the exciting region's storylines in the interview, which Jaxon presents below, edited for clarity:

First of all, could you please introduce yourself? What is your role in the PCS?

Hi I’m Reirachu, I’m the PCS host and interviewer for Spring and Summer 2021! During Spring Split I also casted on the English broadcast, now I host and interview on both the English and Chinese broadcasts. I’ve been casting League of Legends for about 6 years, way back since the original GPL (Southeast Asian Garena Premier League).

You've seen the transition from the LMS to the PCS. I wanted to ask you, how is the region perceived after this?

I think that for PCS right now, a lot of the fans who were previously LMS fans kind of still view the PCS as more or less the LMS region. Even though we have more countries playing in the PCS now, the other Southeast Asian teams don't do as well as the former LMS teams, with most of them either not making it to Playoffs or struggling in Playoffs (even if it breaks my heart to say this since I’m from one of these countries - rip IMP). I think that the PCS audience do enjoy getting to see the Southeast Asian teams play, but if we’re talking Top 4 each season then I think the core of the PCS has stayed pretty much the same.

Now, the big team in the PCS is PSG Talon. Before, we used to have Flash Wolves, and it seems like you always have one team that stands out. How do you think those teams are looked at by the fans outside of the PCS?

Historically, LMS has always gone to Worlds and then to the group stages, but I think the last time we made it out of Groups was in 2015. Historically, we maybe only do well at one international competition a year; sometimes it’s MSI, sometimes it’s Worlds.

Definitely, Flash Wolves used to be super dominant, there was also a splash of AHQ here and there for some of the previous years, which is a bit similar to how the PCS is right now. As you mentioned, PSG Talon are super dominant, and then BYG are a bit like old AHQ. BYG’s boss Dinter, who’s a former pro player, bought over the AHQ team back when their League team was going to be let go, so that they could continue playing in the PCS. J Team also, who ended 3rd this season originally bought over the old Taipei Assassins roster. So even though some of the new names might not be as recognizable to fans, maybe some of the older names are. PSG of course are the most recognizable because of their Top 4 finish at MSI, and also because they have Maple back this year.

I think that for this year, international fans might be a bit surprised by BYG, because everyone was expecting PSG to be the one team coming out of the PCS for people to watch out for. PSG definitely had a really good showing at MSI. But BYG, especially towards the end of summer, had a very good performance and even beat PSG. Hopefully, if the PCS teams do well at Worlds, that will give the region more visibility internationally!

Continuing on this topic, during Spring split, PSG Talon was dominating compared to Summer split. They had a free run through playoffs, winning all matches 3-0. However, now they had some struggles, losing a B05 against Beyond Gaming. Do you think PSG actually lowered their performance or Beyond Gaming increased theirs?

So for PSG, during the regular season, they actually did better in the Summer than Spring. I think, [in the] Spring split, they lost one game to Beyond Gaming, in Summer though they went 18-0. All the way until the last week of playoffs in the Upper bracket semi-finals, that series that they lost versus Beyond Gaming, that was the first time that they lost a series.

I think that it was definitely both - PSG Talon didn't perform very well in the last week of playoffs and also Beyond Gaming had a very good showing on those two days. The way that the PCS playoffs schedule worked for them was that PSG and BYG only played in the first week of playoffs, and they won those series easily. After that, both teams had a 2-week break, then they played on Friday and Sunday, which was the finals.

A lot of analysts who looked at that PSG team in the last couple of days said that they didn't do very well. Especially River, for the individual interviews, it’s not something that the players or the coaching staff tried to hide. They just said that River was not playing to his usual standard. Despite people saying that PSG had a worse performance in the last week of playoffs, we’re only judging it on a 3-day period. Before the Friday Bo5 series, BYG absolutely did not expect that they were going to beat PSG either. They thought they might win a game or two, but they definitely didn't expect to win the entire Bo5.

If you are familiar with other regions, how would you place PSG and Beyond Gaming in them? It can be LPL, LCK, LEC, LCS, anything.

I’m not sure how well I can answer this question. I think versus the other minor regions, the expectations are very high for BYG, especially in terms of Play-ins. Both teams have been streaming a lot in the past weeks, and everyone has been asking the players how they’re going to do.

I remember in Maple's stream last week, people were asking him if he was worried for BYG in Play-ins. He said he thinks BYG will show up in Play-ins and just have fun killing everyone else. I think versus the minor regions, I’m not too worried about BYG.

In terms of facing the other major regions like LPL and LCK, I want to be a bit conservative and say that they have a good chance versus the lower-seeded teams from those regions. The Group Stages are also Bo1 and anything can happen. If you recall PSG versus RNG at MSI, that Bo5 in the semifinals was super close. It ended 3-1, but on another day I think PSG could have taken that match. I’m a bit optimistic but I wouldn't place them near the top.

Do you think BYG's group for the Play-ins is good for them and should they be considered as the favorites to go through?

I think that the Play-in draw went okay. It could have gone better; I think it might be a bit challenging. I think more of the stronger teams got placed in their group than into group A.

Now talking about Maple, he was away from the LMS/PCS for 2 years. After the return to his home region, what do you think changed compared to his previous stay?

I didn't really follow Maple's games in the LPL that closely. From what I've heard, I don't think he had very good results in the LPL. He was maybe Top 8th-10th mid-laner in that league? Which isn't quite the results that you want. I think part of the reason he’s so dominant now that he’s back in the PCS is he has home region buff now haha. Also whenever Maple is at an international competition, the better his opponents are, the better he does.

So, PSG has Maple, Beyond has Doggo. Could you tell me more about these players and how they are considered locally?

The scary thing about PSG is that they can pretty much carry out of any lane. I think people look at PSG and they think that oh, the weak link here is Hanabi, which is kind of an LMS thing. It's similar to the Flash Wolves days, people were saying: Ok we will focus MMD over in the top lane, it’s something that's been carried over to current PSG as well, where people view top lane as the weak link.

I think, for PSG, River is really strong. Also, Kaiwing usually does a lot of roaming together with River pretty early in the game, then PSG is just able to help snowball the other lanes. During playoffs for PSG, Hanabi played a lot of non-tanks like GP and Gwen. When the team wants him to play a carry champ, he can.

The interesting thing about Doggo is that sometimes viewers watch him make an aggressive play and call him a ''crazy dog'' in Mandarin. This is similar to Uzi’s nickname, back in the LPL people would say that Uzi has this crazy dog style of playing AD Carry, where he just sees blood and he goes straight in and kills everyone. You definitely see that aggressive style when you watch Doggo play. I mean: we all saw his Tristana baron play at MSI!

Unified has also mentioned in multiple interviews that Doggo is the AD carry in the PCS that gives him the most trouble in lane, also Unified lost lane to Doggo a couple of times during the playoffs as well. They’re generally viewed as the Top 2 ADCs in the PCS.

What about some storylines that we don't know from the PCS? Could you share anything interesting with me?

There was one interview I did with Doggo, that was after BYG beat PSG in the first BO5. I asked him how they were able to beat PSG and he said that it was because he went with the team to MSI and he was able to see how PSG trained and he learned all their strats, which he took back to BYG for Summer. He was the imposter among us!!

We talked about Beyond Gaming and their chances but what about PSG Talon? From what I've seen, they had an amazing run at MSI, they showed us they can go toe-to-toe with top teams around the world as well. Now they are in a group with FNC and RNG. Do you think PSG Talon should be considered a favorite to advance from this group?

I think for the Bo1s versus RNG they definitely have a chance to take a game or two from them. Versus Fnatic I also think that it could go either way, and I can see PSG possibly dropping games versus Fnatic. I want to be a bit more conservative in my estimate. I for sure wouldn't call them the favorites to advance in first, but I would like to see them advance in second from their group.

So, let's say they do advance. Where do you see them peaking in the tournament? Of course, it depends on who they get in the next stage but do you feel that PSG can actually reach the finals with this talented lineup that they have?

I honestly don't know but I would say Top 8 and then maybe top 4 depending on the Quarters Draw. Also, If you talk to the players or the team, this time around they’re also being fairly conservative in terms of their estimate.

The goal is to first not go 0-6, then get out of Groups. I think a lot of it depends on how much PSG have been able to get back to their regular Summer Split standard compared to their Playoffs standard. They had a few weeks to try and turn things around, but Worlds is also on a new patch and meta from Playoffs.