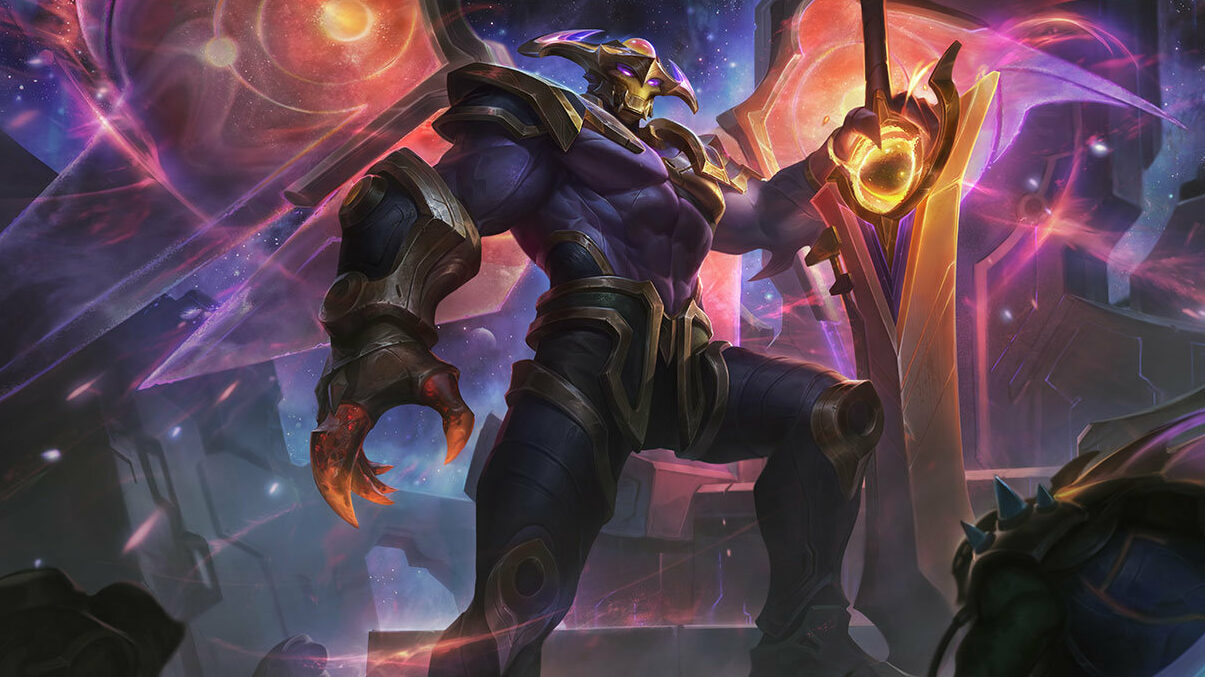 The time is flying in League of Legends season 12, as Patch 12.20 is right around the corner with impactful changes for the current meta, especially as Worlds 2022 standouts Maokai and Aatrox are receiving nerfs.

Besides trying to get rid of a few broken champions, Riot will also give much attention to, among other languishing champions, Blitzcrank and Rammus. Hook master Blitzcrank returns to the spotlight after his massive buff in Patch 12.19.

The biggest losers of Patch 12.20 will be Aatrox and Maokai, who will see themselves nerfed after crushing games at Worlds 2022 so far.

Riot is targeting their healing, which currently makes them strong in professional play. Aatrox is currently sitting at a 57% win rate in the Worlds 2022 Main Event across seven games. That’s worse than his 71% win rate over 24 games in the play-in stage, but still a significant stat.

Maokai and all his healing have done similarly well in the play-in stage, where he went undefeated as support and had a 67% win rate as a jungler. While the two aren’t the most flashy carries at Worlds 2022 so far, they have made a statement in the meta.

Riot shifting Blitzcrank’s power from support to jungle in Patch 12.20

Now for the most significant change of this patch, an adjustment to our favorite Steam Golem, Blitzcrank.

After crushing the win-rate charts in the support position on Patch 12.19, it’s already time for changes. Riot has deemed Blitzcrank way too strong as a support and will try to shift his power toward the jungle. Jungle Blitzcrank was always fun yet impractical due to its clear speed, but now it might finally become viable.

The adjustment will include buffed damage to monsters on Blitzcrank’s Overdrive (W) and Power Fist (E). Blitzcrank will even occasionally send monsters and minions to the moon when overkilled, according to the preview.

To make sure Blitzcrank doesn’t jump the win rate further, he will receive some damage and scaling nerfs to make up for the jungle-specific buffs.

Rolling back into the meta; Rammus with a colossal buff

Speaking of buffs, this one isn’t targeted toward a specific role, but it will make Rammus “ok” in general.

In removing Rammus’ self slow on his Defensive Ball Curl (W), Riot Games is doing something dangerous. Indeed, Rammus usually takes a hit on his mobility when he goes into his defensive form, that limitation’s disappearance strengthens him.

Changes like these are akin to playing with fire, as Rammus could turn into a monster starting the next patch. Soon, Rammus will be able to chase down targets while being an unkillable monster – and make Summoner’s Rift OK.

League of Legends Patch 12.20 will go live on Wednesday, October 19.