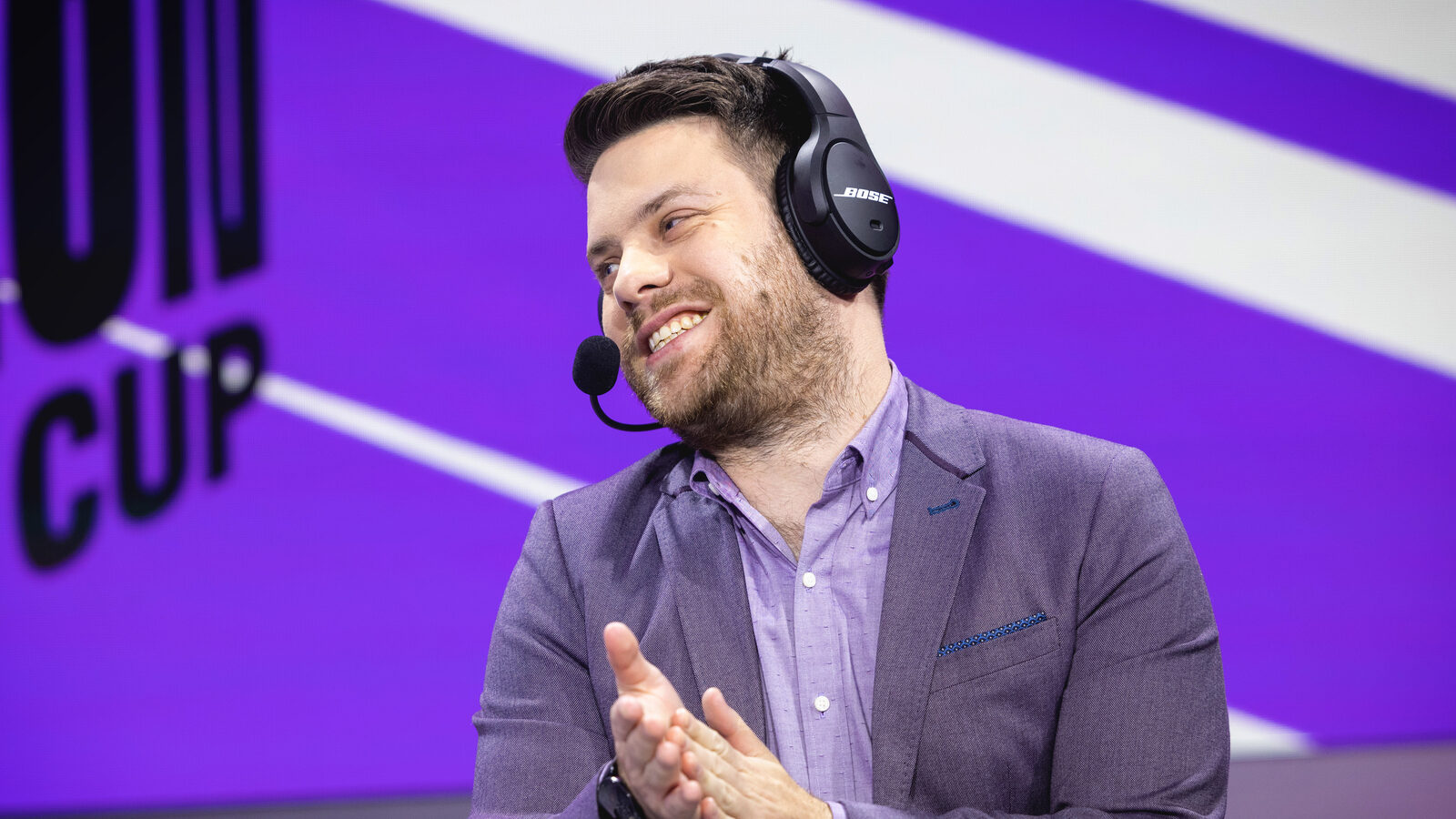 Pastrytime has retired from casting competitive League of Legends

Australian League of Legends play-by-play caster Julian “Pastrytime” Carr has announced his retirement from casting League of Legends professionally on Oct. 4, 2022, after casting Evil Geniuses’ victory over MAD Lions in the Worlds 2022 play-ins.

“These are not words I ever thought I’d write,” Pastrytime said in the opening of his Twitlonger statement; “I’ve believed fully from the onset of my career in humble Sydney, Australia to now that I would cast well into the retirement home.”

“I’d taken the day off from the cafe I worked at to play in this League of Legends tournament that had been organized within the Oceanic community,” he said in 2018 to The Players’ Lobby. “Sadly, from my team, only I and our sub showed up, meaning I was left with no teammates and nothing to do.”

“At the time, an acquaintance of mine was streaming the games at the event and asked if I wanted to cast them. ‘Sure? Why not.’”

That “Why not” took him on a 10-year journey filled with casting highlights as he narrated the play-by-play of some of the oddest and greatest games in League of Legends history. However, as everything eventually ends, he retired after casting his last game at Worlds 2022.

Pastrytime’s future is unclear at the time of writing, but he is moving to the next stage of his career. After 10 years of casting, the time has seemingly come to tackle new challenges.

In that way, he somewhat follows in the footsteps of long-time friend Christopher “PapaSmithy” Smith, the latter moving to management duties on 100 Thieves in Sep. 2019. Whether he will be in Riot Games or elsewhere, he has committed to staying in esports for the foreseeable future.

“While the next steps of my career at Riot are currently in motion, nothing is certain,” Pastrytime disclosed on Twitlonger. “I’m very sad to be losing something that has defined me for a decade, but I’m dedicated to my lifelong dream of seeing esports grow bigger and brighter.”

Looking back at some of Pastrytime’s past casts

To start things off, we have to look at the fabled GSG vs. CJ Entus NLB winter finals’ Game 5. His excitement over the game’s absurd turn of events solidified him as one’s brightest in the scene alongside Christopher “PapaSmithy” Smith.

PapaSmithy eventually joined the LCS, and he became a mainstay at Worlds during the group stages, casting, among others: