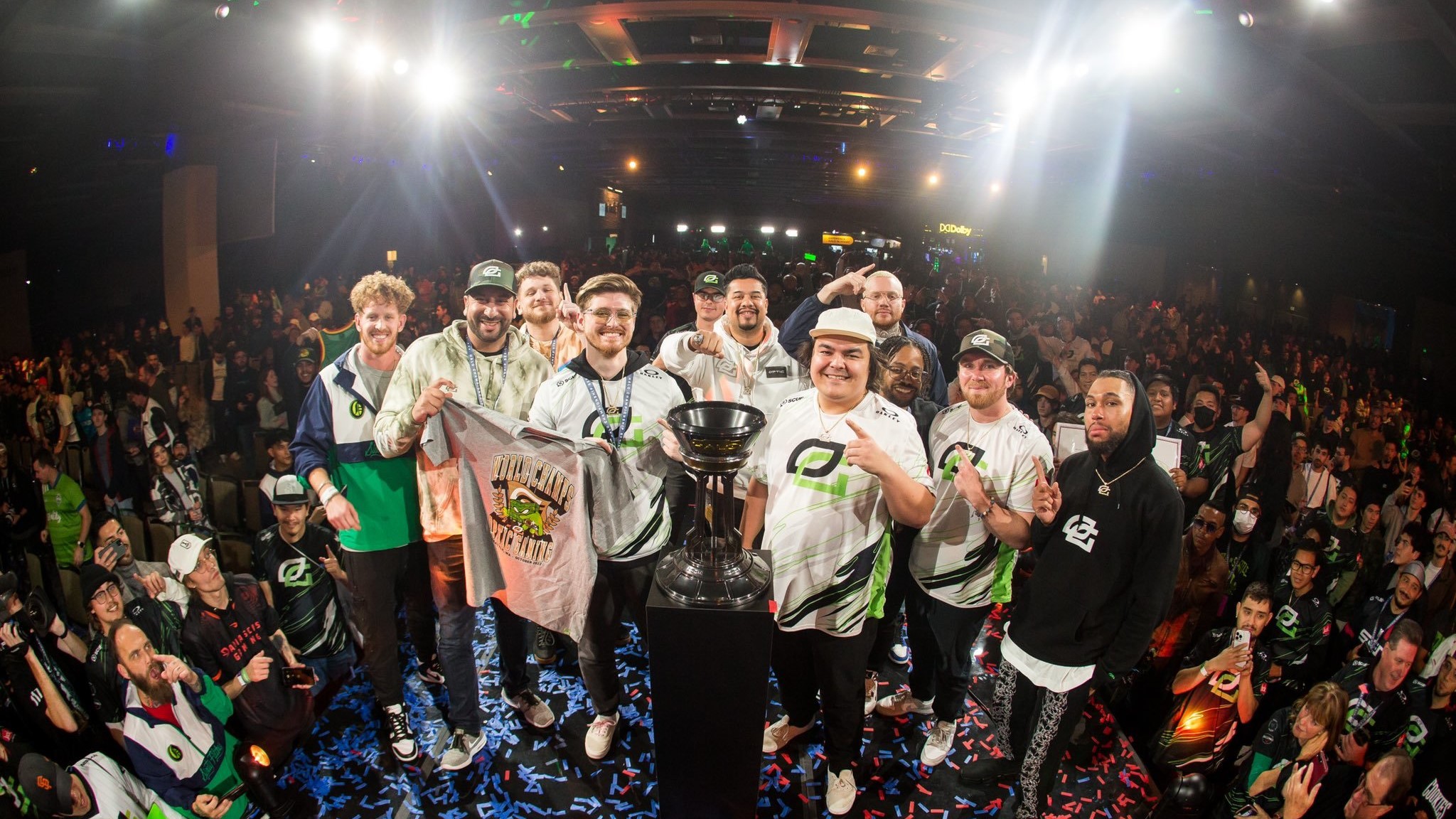 OpTic Gaming, winners of the Halo World Championship 2022, gave their fans a laugh at the series final against Cloud9. OpTic were up early in celebration of their title before being shocked to realize that the game wasn’t over yet.

The crowd roared along with the countdown in the final few seconds and the clock ticked down to zero. Fans went wild as APG and Lucid shot out of their seats to celebrate their championship.

A second later though the pair realized that there were still a few seconds to go, and Cloud9 were still on the hill. APG had torn off his headset but sat back down in a hurry, now confused and a little panicked.

C9’s Bound had one final fire at Formal, while APG took out The Eco Smith bringing his total kills for the game up to 13. And then, finally, the clock expired for real and the whole team rose to their feet, looking more relieved than anything after those tense few seconds.

OpTic Gaming rises to the challenge

OpTic’s Halo World Championship weekend was as close to perfect as it gets. Prior to the final, they had lost only a single map throughout the entire tournament including comfortable sweeps against the likes of  Sentinels and Native Red. FormaL and team looked prime to collect their first Championship against C9, the dominant force of the Halo season this year.

Despite starting out as favorites, the playoffs weren’t ideal for Cloud9. In comparison to OpTic’s practically flawless run at the playoffs, Cloud9 had to battle their way up to the final after a defeat to Native Red saw them slip down to the lower gauntlet.

The first of the best-of-seven saw OpTic win the Capture The Flag game in overtime, which shook C9 back into action. They took the next four maps and the series to reset the bracket.

Despite a promising start to the first best-of-seven, C9 looked completely in control for the proceeding four maps to take a 4-1 series win that reset the bracket.

OpTic held on to their nerve in the Grand Final Reset. Map one and two were comfortable victories, and in the third, they fought to a 250-173 win in Strongholds. Then they held on to win King of the Hill 3-2, staying calm even through their hilarious premature celebration gaffe.