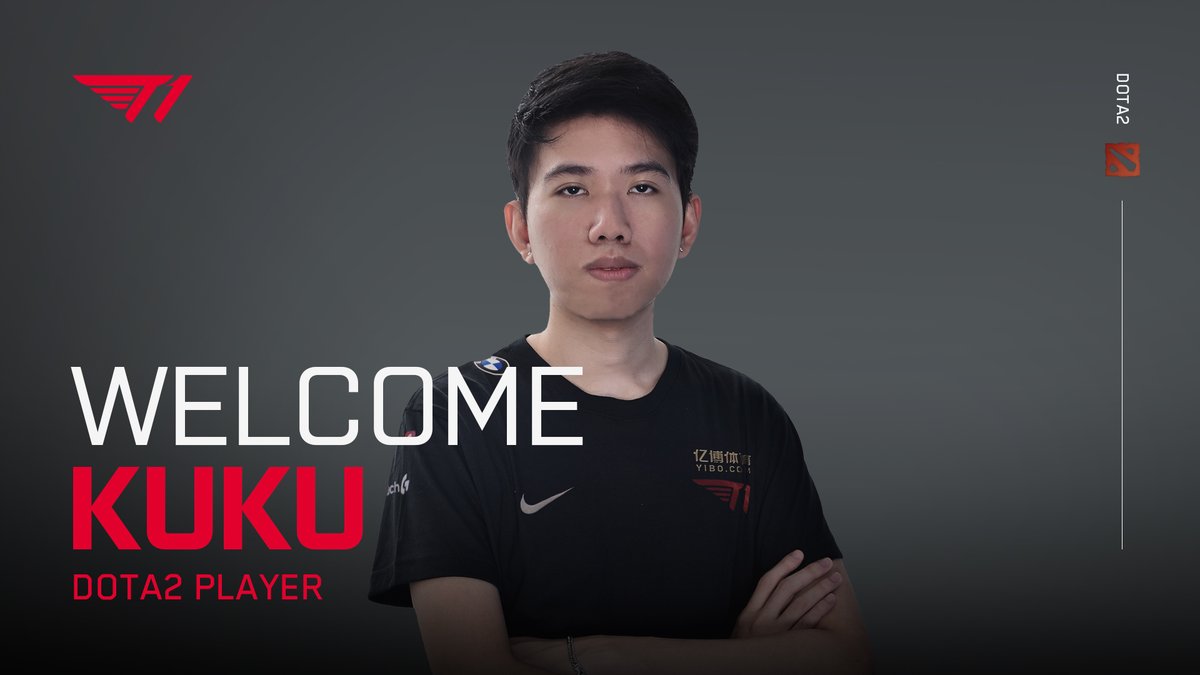 The second series between T1 and SG Esports was completely in line with my expectations; a constant action-packed game with the thrills and the chills!

Action started right off the bat before the game timer even hit ZERO with a double kill for SG Esports on Tavo’s Mars, as they caught T1 off-guard while trying to trespass over their highground.

Neither side wasted a single moment as the game quickly racked up 48 kills in 29 minutes with T1 gaining the upper hand, mostly due to their team strength and experience, with 23savage going bonkers on Monkey King and diving past SG’s base towers as well as the enemy fountain to score kills! 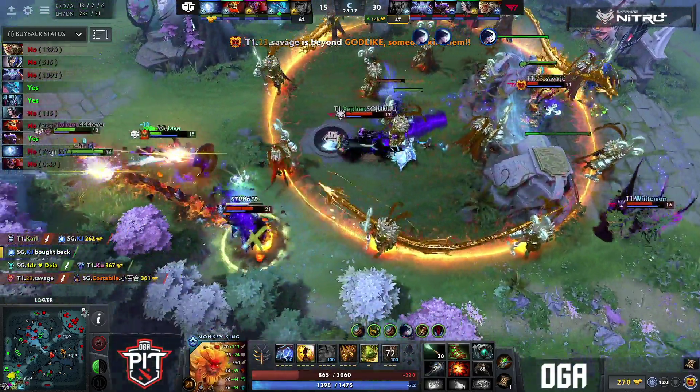 The second game started on a relatively slower pace with T1 opting for a AoE based team fighting draft while SG Esports opted for a late-game scaling draft.

Both sides approached the game rather cautiously, not giving either team a chance to surge ahead for a good 20 minutes.

However, SG Esports gained a slight advantage a few minutes later when they caught T1 off-guard in the Roshan pit that saw Kuku’s Tidehunter and 23savage’s Monkey King get killed.

Flash forward five minutes later, SG builds up a healthy 12k gold lead and tears down T1 piece-by-piece even though the latter gets a hopeful team-fight in their favour. With an untouched and a heavily farmed Luna, SG demolishes T1 in game two. 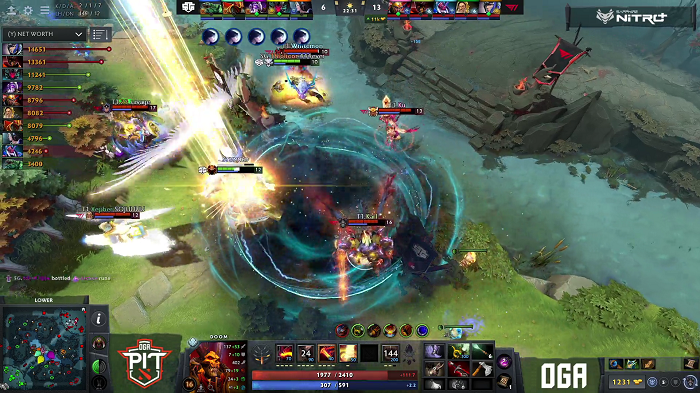 Third game was sheer dominance on T1’s side as they steamrolled through SG Esports’ defenses.

Both teams opted for strength cores and scalable carry options but it was T1’s superior draft along with a Keeper of the Light pick that heavily pushed through the Brazilians.

With excellent execution of draft that saw T1 not giving SG even a slight chance of engaging in team-fights and constantly keeping them at bay.

At one point, T1 came knocking on SG’s doors at 21 minutes and shortly after all hopes for the latter was lost as they crashed out of the event albeit putting up a valiant fight.