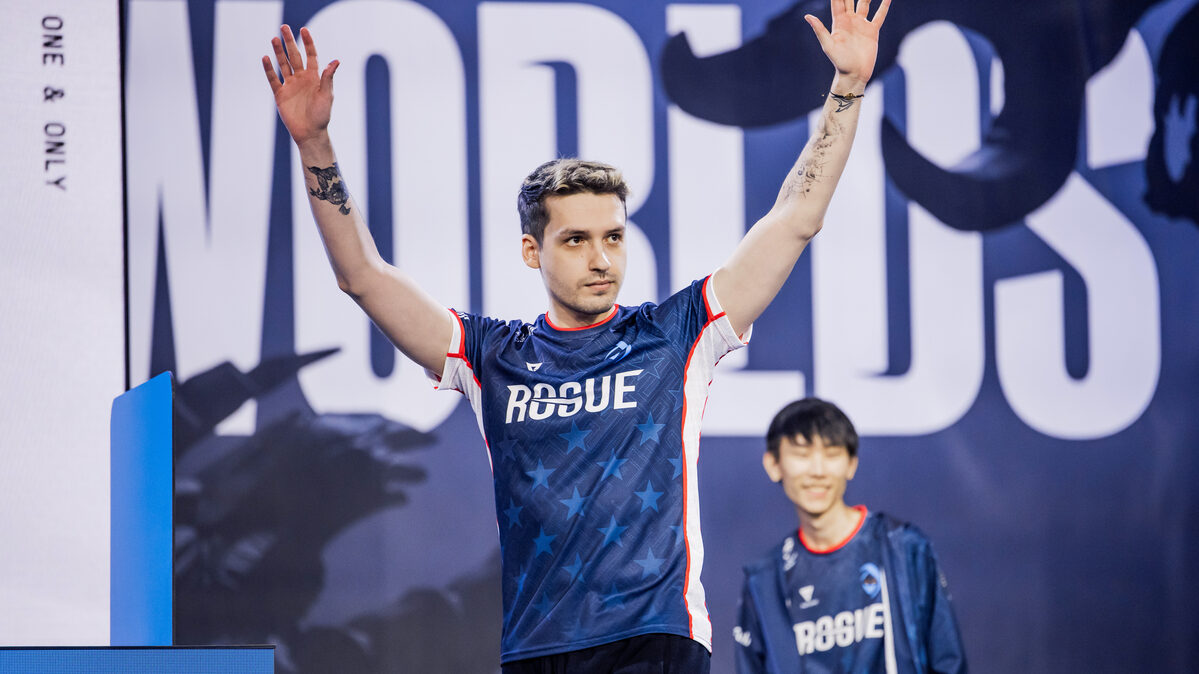 Rogue and Andrei “Odoamne” Pascu started their Worlds 2022 campaign successfully by defeating DRX in their first game of the tournament. For the third time in a row, Rogue starts the World Championship with a win, and the expectations of Europe’s first seed get higher.

However, it’s still early for any conclusions as Rogue has played only one game so far at Worlds 2022. There will be a rematch against DRX, and Rogue are yet to test the strength of Top Esports and GAM Esports.

The future looks bright, but consistency will be key.

Odoamne got the spectators out of their seats with his Maokai performance. He was the frontline Rogue needed and never failed to deliver throughout the game. Towards the end of the game, he threw himself amongst four DRX members and secured his team the victory.

Following the win, Odoamne spoke to the media on various topics, including the Maokai pick, the team’s mentality and Europe’s chances at Worlds 2022.

Whether Rogue’s win had any impact on Odoamne and his teammates, he said:

“I wouldn’t say we have any change of mentality. Just because it’s a Korean team, it doesn’t mean anything. We are still Europe’s first seed, and we should act like it. We are not coming here as the underdogs, because when you come to Worlds, you can’t come with an underdog mentality. You wouldn’t get very far.”

Odoamne is not planning on letting anyone down from Europe

Coming into Worlds 2022 as the first seed from any region is connected to high expectations. Rogue finally broke their curse of winning the LEC, and now, they have the privilege of representing Europe on the highest stage as the favourites from the region.

Despite their domestic success, people have doubted Rogue due to their previous Worlds history. However, Odoamne has high hopes for success and is not planning to let the European fans down.

“We are already determined to make it out because we feel that our group is more accessible compared to the others. We are not planning on letting anyone down given that we are Europe’s first seed, we cannot just stop in groups when we are the first seed of a major region”.

Can EU teams compete with the LCK & LPL?

The level of Europe has been put into question so far at Worlds 2022 after MAD Lions’ Play-in disappointment. However, with the recent performances from Fnatic and Rogue, there is a lot of hope for European fans.

While people do believe that there is a chance, Odoamne disagrees and thinks that the gap hasn’t closed yet:

“I feel like it’s the same as always. They are coming to every match as the favourites and it’s on us to take the role of the underdog and perform. I wouldn’t really say that this year is any different, because I don’t think that Europe or G2 are as dominant as in 2019. I wouldn’t say the gap has closed, but it’s even fighting grounds for every game.”