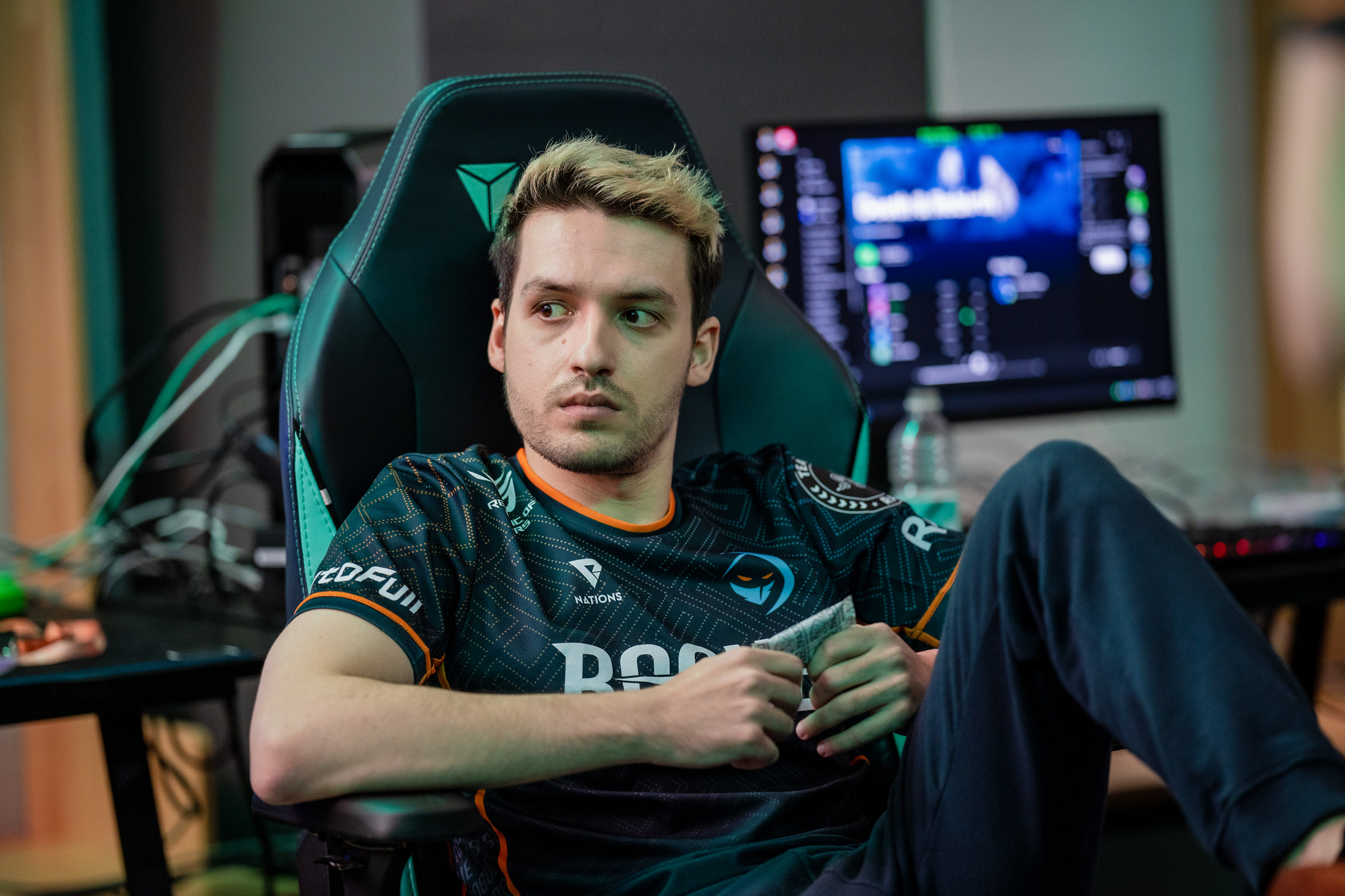 Odoamne talks about breaking the ‘chokers’ stigma after defeating Fnatic

Rogue defeated Fnatic 3-1 in the 2022 LEC Summer split semifinals in a packed Malmö Arena. Despite losing game 1, they won the next three games to book their place in tomorrow’s grand final versus G2 Esports. After the match, Rogue’s veteran top laner Andrei “Odoamne” Pascu sent a strong message to the “haters” calling him a “choker.”

During the Rogue press conference, Odoamne was asked to follow up on his Tweet. He shared his thoughts on the idea of him being underrated by the community.

“I wouldn’t say that I am underrated because a big part of the community correctly perceives me and my level. However, people often bring up past failures to justify their thoughts about a player. Maybe the fans of the popular teams come out with the ‘choking’ narratives.”

The community often perceives Rogue as “chokers” due to them failing to win a title, despite consistently performing well in the regular seasons. Odoamne didn’t hold back in challenging that idea:

“Rogue and I are always perceived as chokers for some reason when the reality is: you lose games because the other team is better than you. Choking means that someone is playing worse because he is freaking out and losing his mind.”

Odoamne also called out the people that are biased when a less popular team is on the losing side, compared to the “bigger” teams.

“If we lost today against Fnatic, everyone would say that Rogue is choking. Yet, now when Fnatic got stomped, no one is going to say that they choked. They will just say that Fnatic underperformed.”

The rejuvenated Rogue squad feels very confident coming into the grand finals vs. G2 Esports. The momentum is on their side, and Rogue is looking to finally break the curse and the “chokers” stigma once and for all.