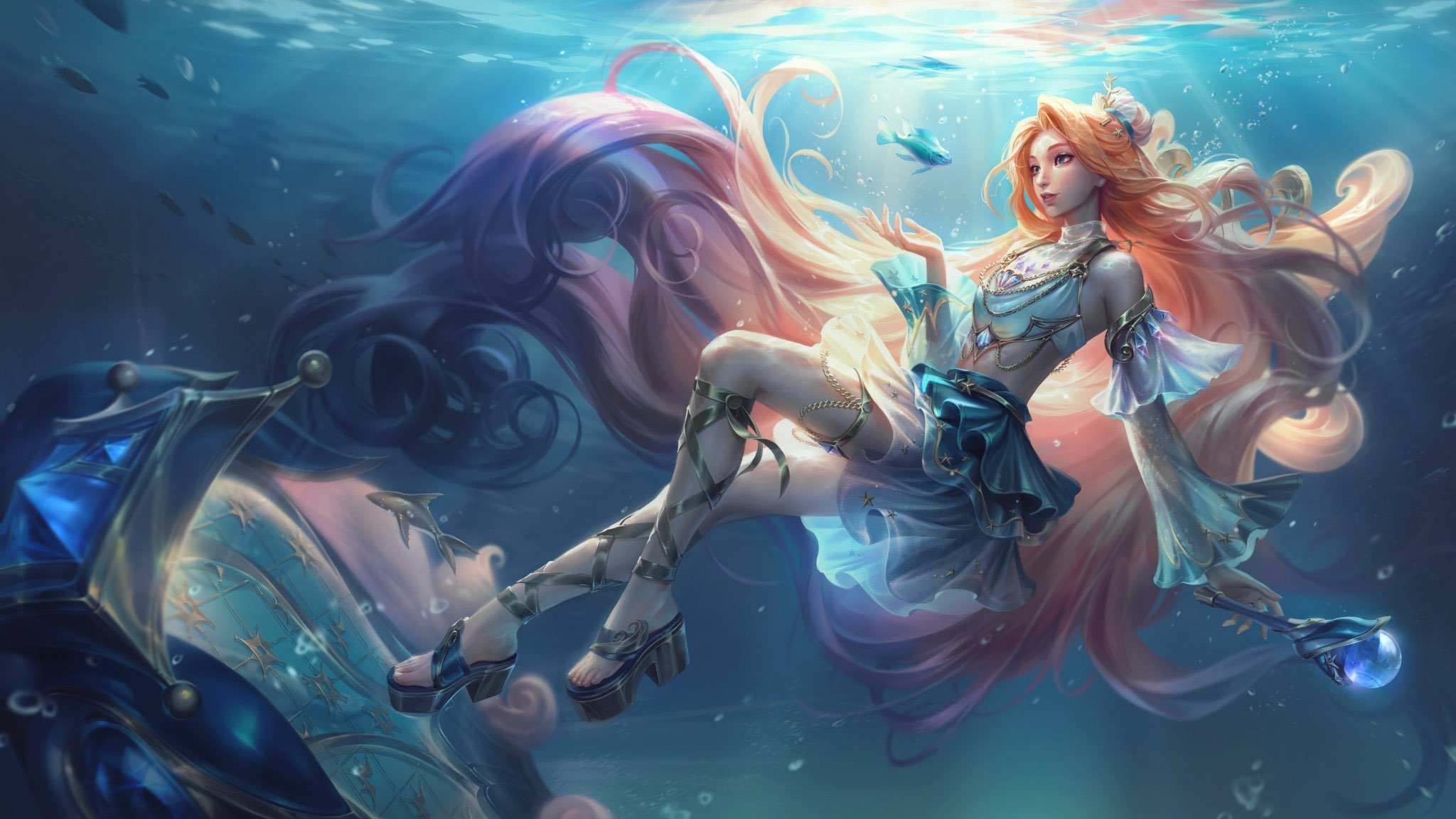 Find your bathing suit and jukebox (or wireless speakers): new Ocean Song skins are coming to League of Legends.

The new wave of skins will include cosmetics for Zeri, Nidalee, Yone, Ashe, and Seraphine. The skins will be an additional line to the Pool Party skins, which have proven themselves very popular since release.

Compared to the existing Pool Party cosmetics, these new Ocean Song skins will put focus on beach vibes and ocean effects to the champions’ abilities, catering to beachgoers and pool party lovers.

Just like the Pool Party skins, Riot has made two combined splash arts for this skin line to give it the perfect party vibe. In the first, Nidalee, Seraphine, and Yone are rocking it at a concert, while Ashe and Zeri are taking a quick selfie on the other one.

How do the skins look in game?

The in-game look of the Ocean Song skins has each champion with new ability effects and recall animations for all of them.

Seraphine will be the lucky winner of a prestige version of her Ocean Song skin. Unlike her blue and blond look on the original skin, her prestige version will present her with a pink twist.

The other champions will only get a normal version of their skin, but that should be plenty to flex in solo queue. Every champion has their own blue ocean theme to them, with notable ability effects, such as Zeri shooting small bursts of bubbles, or Ashe shooting a big splashing water arrow.

The Ocean Song skins are available for testing on the Public Beta Environment (PBE) and will likely launch with Patch 12.11 on Wednesday, June 8.