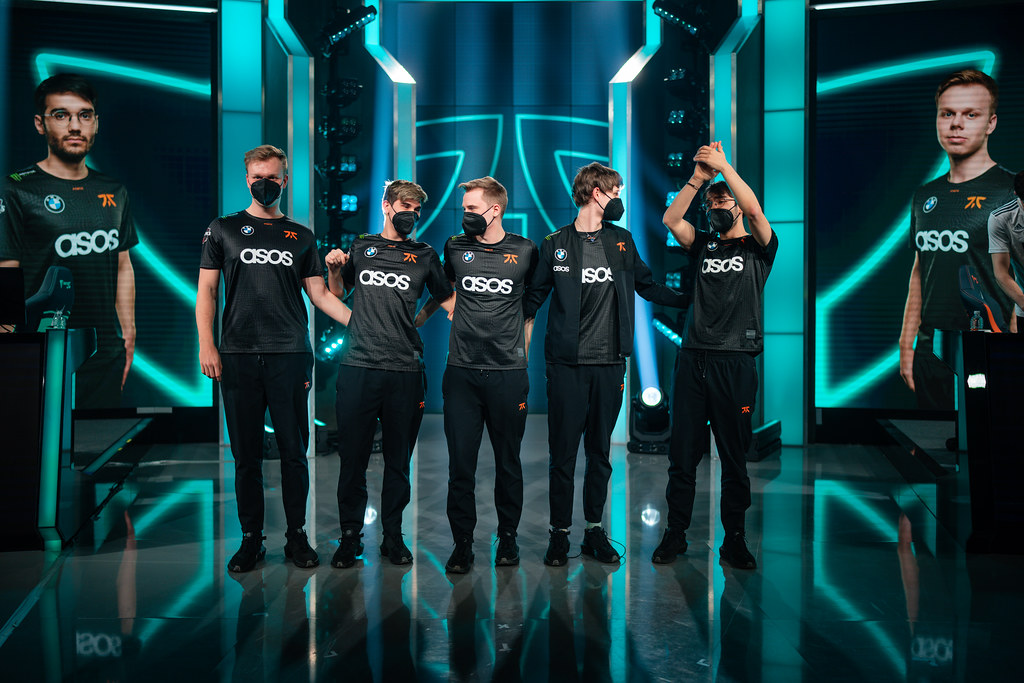 Nothing left to chance: Fnatic obliterate Rogue in the LEC, secure playoff spot

Fnatic have won over Rogue on the fourth game of Week 6 Day 1 and have shortened the gap between first and second place. With that victory, Fnatic has the upper hand in case of a two-way tie with Rogue.

The game was not close as Fnatic played their composition to perfection. Rogue had a window of opportunity, and they did their best in the early-game skirmishes to swing the game in their favor.

Even then, Rogue’s efforts merely prevented Fnatic from building a bigger lead. Fnatic was better prepared, and their plan—to nullify Malrang throughout the game—worked well.

Fnatic’s aggression was too much to handle, and their objective control went unopposed. The team picked both Rift Heralds and the Hextech Soul, which made it impossible for Rogue to play the game.

Transitioning from good tempo control to excellent decision making, Fnatic eventually aced Rogue without a problem and marched through their nexus around the 30th minute.

Currently standing at a 10-4 record, Fnatic will attack the first place that is owned by Rogue with a 11-3 record. With four games remaining, both teams seek to secure first place and choose their opponent for the playoffs.