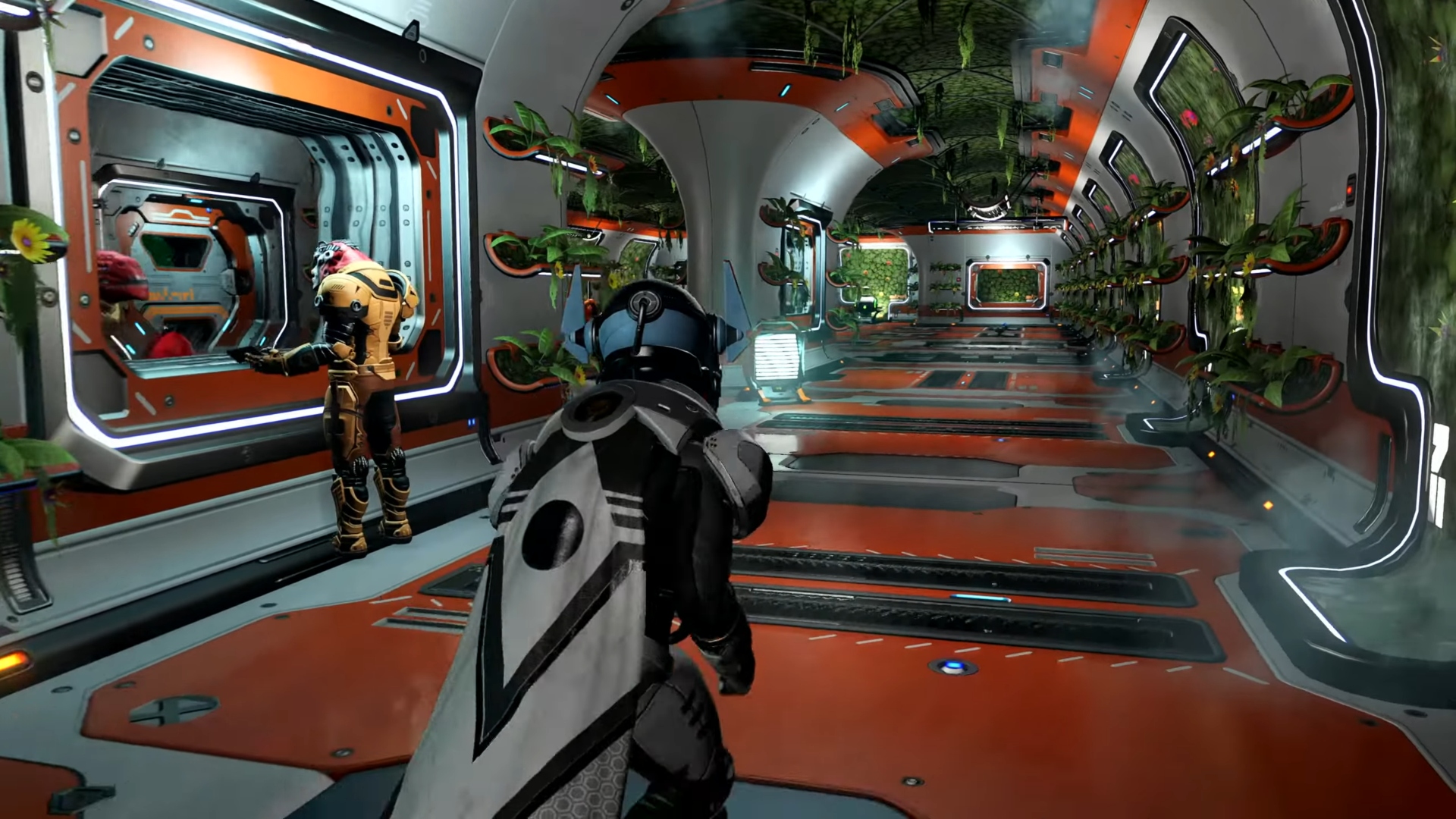 No Man’s Sky Endurance update has arrived, bringing changes to being a freighter captain – including more in-depth base building.

You can now make your base feel more personal to you with new parts and themed rooms. Though pre-decorated, you can tweak these rooms further to suit your tastes.

On board your base, you will now find a whole crew milling about. Whether they are engineers, biologists, or technicians, they will share their thoughts with you.

Elsewhere, you can now do a spot of space farming using agricultural modules. These allow you to plant and grow crops to harvest.

The Endurance update also brings exterior freighter building to No Man’s Sky. Now, you can build observation decks and catwalks outside to get an unobstructed view of the galaxy. Likewise, you can also install portholes and windows.

You can also run into organic frigates floating about in space. They are procedurally generated and can become part of your fleet, though you might get abnormal results from sending them on missions.

No Man’s Sky’s Endurance free update is the 20th since the game first launched. It’s a game that keeps on growing and that will include a new platform when it releases for Nintendo Switch later this year.

No Man's Sky continues to improve on the game that releases way back in 2016. It's starting to live up to its promises.