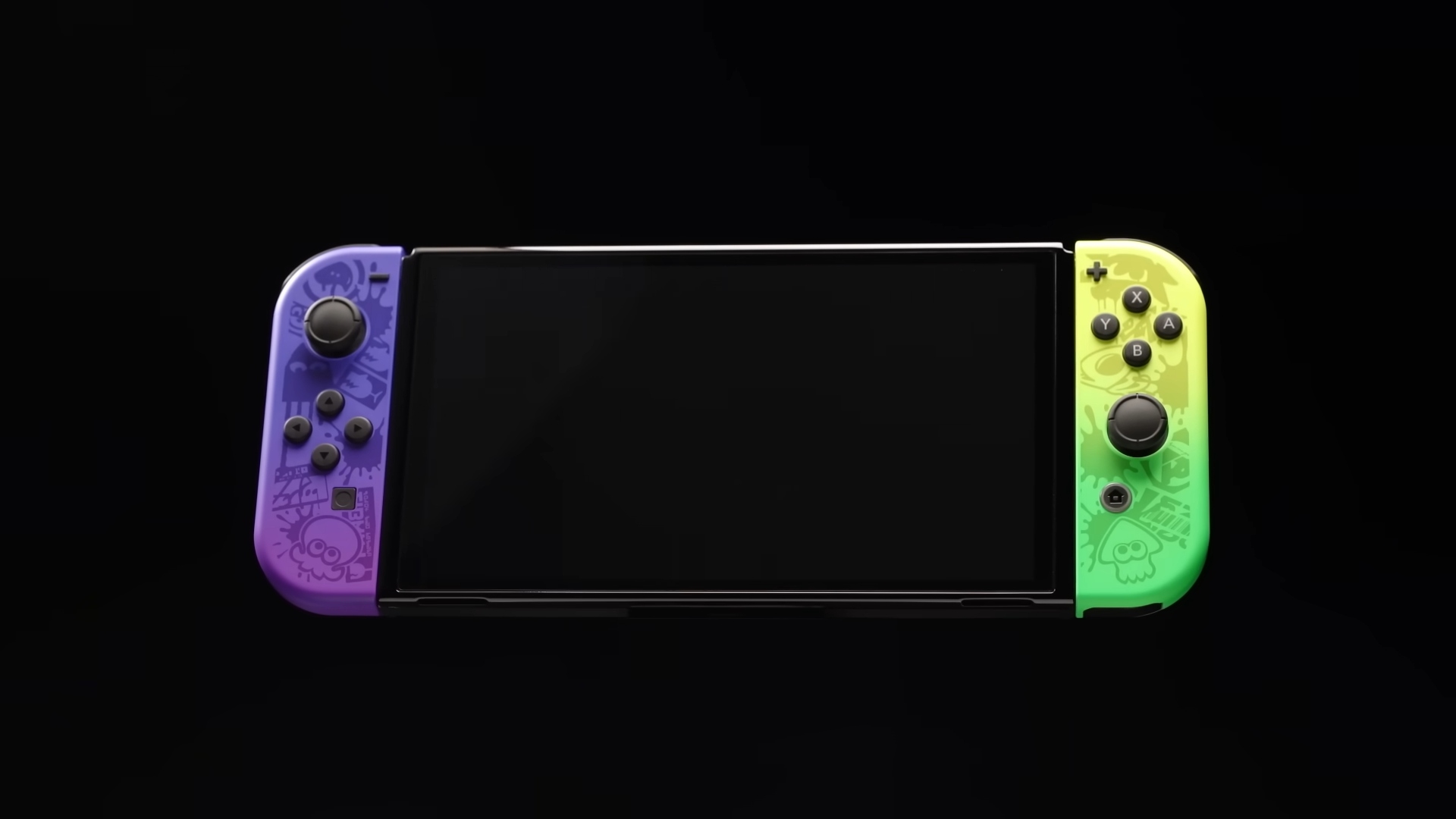 Nintendo Switch will be getting Splatoon 3 Edition OLED Model

Nintendo has announced there’s going to be a Splatoon 3 OLED Switch. Fans of the series won’t have to wait too long to get their hands on it either. It’s set to arrive on August 26.

A short video accompanying the reveal lets us admire the console from multiple angles. Both Joy-Cons have a white back but boast more fun colors on the front.

The left Joy-Con sports a pleasant blue and purple gradient, while the right is yellow and green. The back of the console is black with graffiti-style motives of characters from the game.

The dock is similar, though it’s white instead of black with a splodge of paint in the bottom left corner. It certainly brings more fun to the table compared to the regular OLED model, which might be too bland for some tastes.

That’s not all the Switch-based Splatoon 3 news either. On September 9, Nintendo will release a Splatoon 3 Switch Pro controller and Carrying case. Both sport a similar color scheme and style to the console as you would expect.

So, if you’ve got the money and want the accessories to match your Splatoon 3 OLED Switch, keep an eye out for them later this year.

I don't even play Splatoon and I'd buy this!