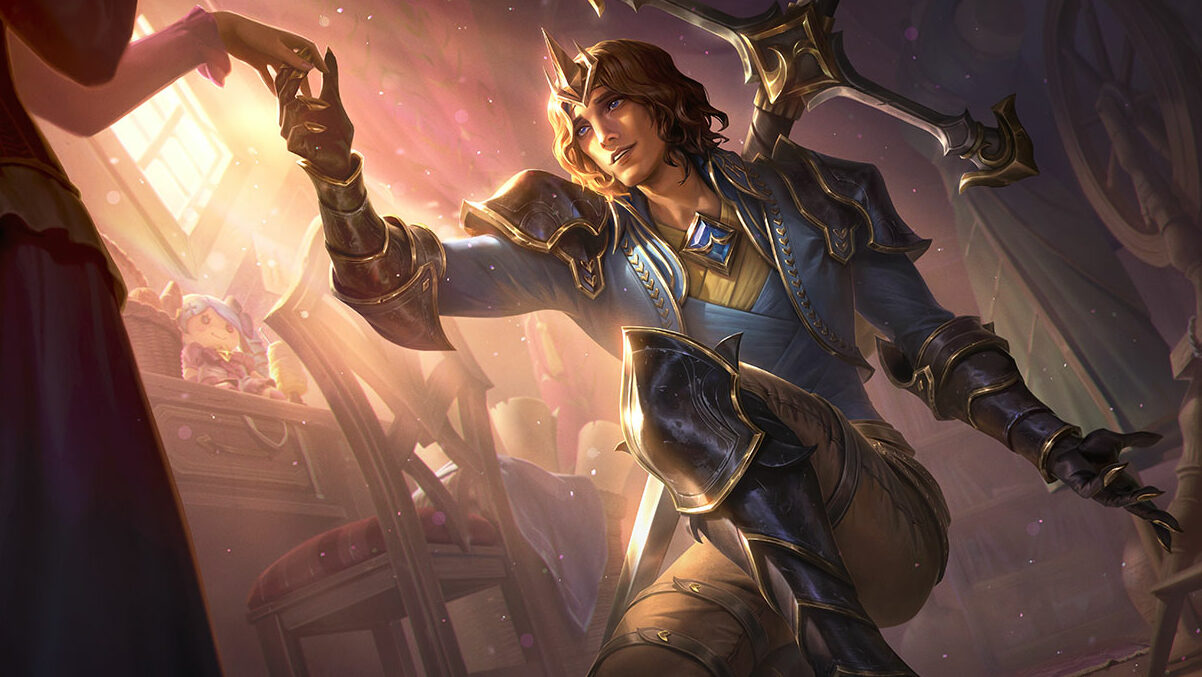 All hail the King

The next batch of skins for League of Legends has been revealed, this time with a new “Zenith Games” skin line and a special skin for Viego.

The new Zenith skin line will include three cosmetics in this first set, including Blitzcrank, Jayce, and our favorite blind monk Lee Sin. Zenith Games is a new line to all the futuristic skins that Riot Games has made throughout the years. But this time, it will be in a futuristic sports setting with the champions as its athletes.

To top it off, Riot also revealed a King Viego skin which seems to be a one-off cosmetic this time around. This skin will put Viego back in focus and hail him as the king he always wanted to be. Unlike his original lore, this skin has removed every Ruined King aspect and showcases him as a non-corrupted king. Strange right?

Back to the Zenith Games skins, it could seem like Riot has gotten a clear idea of how to bring in a new sports skin line without making it too traditional. This skin line is clearly inspired by some futuristic cyberpunk aspects, but with some traditional sports references to them.

Blitzcrank especially is pretty relatable, as he is seemingly showcased as a referee on his splash art. Blitzcrank could seem like the ideal pick, keeping everyone on the field in line—especially given the sport’s name, “Hammerball.”

The Lee Sin skin isn’t quite football-themed, but instead some sort of parkour or running theme. Lee Sin is in a dark purple suit, with gloves and glasses that make him look FAST. The splash art for Jayce isn’t out yet, but according to his video preview, he will have a sleek silver, green, and orange theme to him.

King Viego presents the Ruined King in his human form

The King Viego skin might seem a little out of place alongside these Zenith Games skin, but it could be an attempt for Riot to further increase the Ruined King’s popularity.

When Viego was released, Riot made a big event with a lot of lore backing it. Since then, a lot has happened, but Viego has remained a fan favorite. However, this skin will bring him back to a human and elegant form, before he became the Ruined King.

This has to be a best-seller, right?