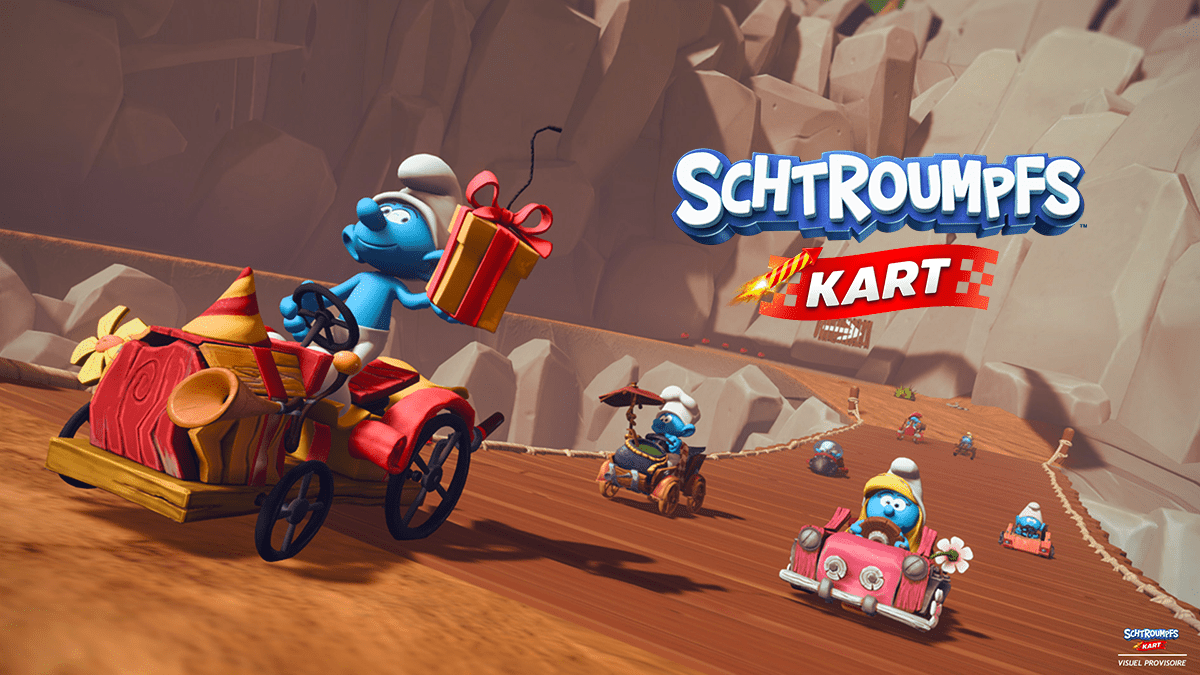 A new trailer for the Smurfs Kart was released recently by Publisher Microids and developer Eden Games. It introduces the game’s Super Powers, outlining the special abilities of the 12 playable protagonists.

Players will have to make full use of the chosen Smurf’s superpower to take the lead in a race because a good start will only take you so far. In short, finding shortcuts or winning bonuses is certainly a boost, but if you want to win you’ll have to master your character’s Super Power.

These powers vary between characters, and if used effectively each has the ability to change the course of the race. You’ll find Super Powers, which are quite rare, hidden in “Surprise Gifts” along the race course.

You can look forward to the arrival of Smurfs Kart for the Nintendo Switch on November 15, both the standard edition as well as the Turbo edition.

What do the Smurfs’ Super Powers achieve?

The Smurfs’ powers range from adorable to chaotic. Some are relatively passive – there’s Papa Smurf’s magic powder, which instantly puts everyone to sleep, and the cake offering from Chef which gives the other opponents hiccups. Smurfette’s perfume bewitches all the other smurfs, while Hefty’s workout flex pushes racers out of his way.

Some of the other Super Powers are a lot more flashy, though all twelve will doubtless be equally effective depending on the character you choose. Jokey makes his opponents waste time by sending them explosive gifts, and sticky arrows fired by Storm will cause other racers to drift and lose their trajectory.

Handy’s superpower is deliciously over the top, involving an “army of handmade drones” that protect the racer while stunning opponents. When Robot activates his arms, it brings down a tornado. The activation of Blossom’s superpower will have opponents jumping up and down in suspended animation.

Clumsy, Astro, and Farmer are the other playable characters, each of whom has been granted special abilities as well.

Clumsy can switch on the light of his fire engine kart, and Astro can activate his rocket-kart reactors to help them overtake opponents. Not to be outdone, Farmer can activate a boost by harvesting sarsaparilla.