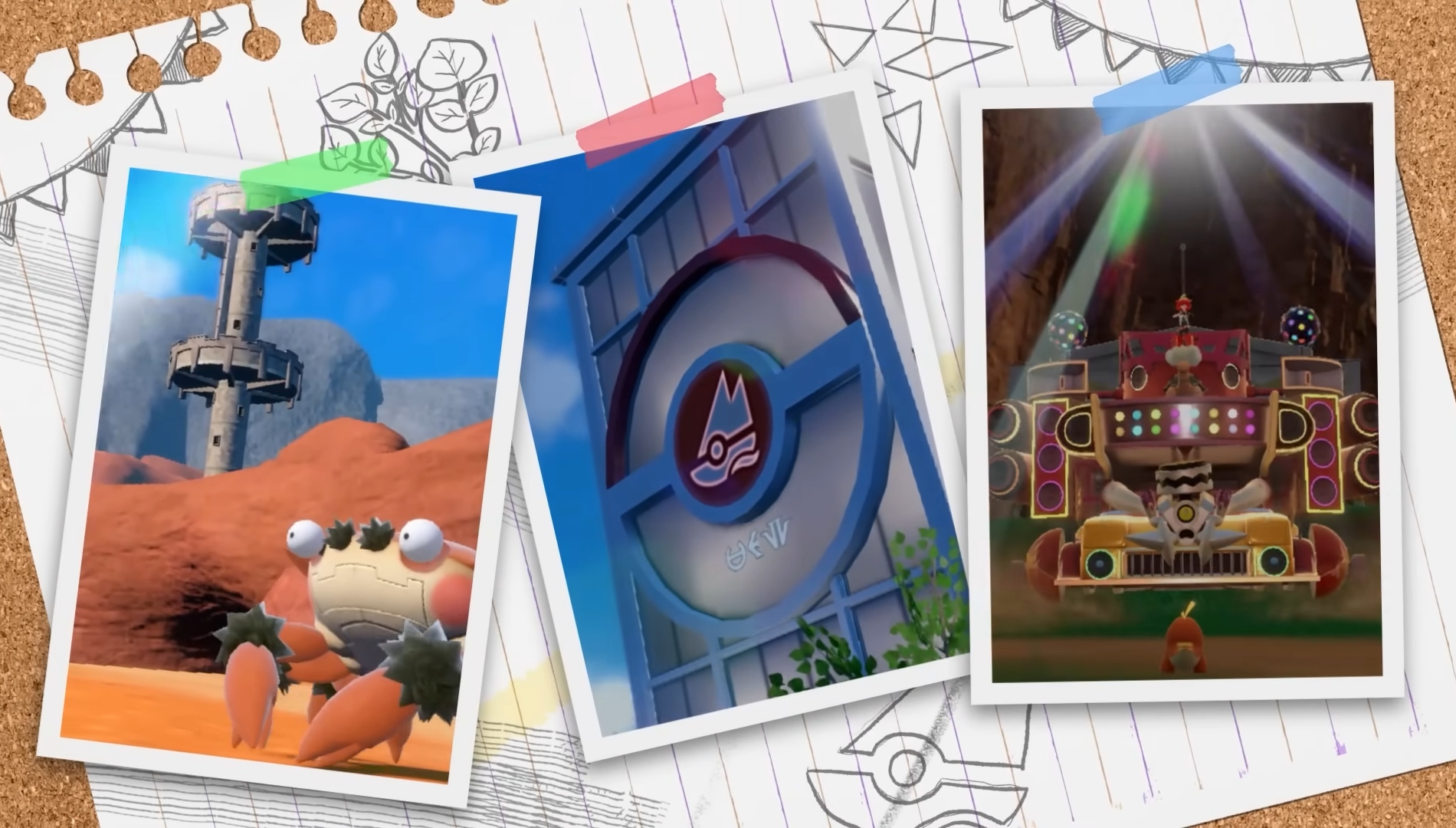 Pokemon Scarlet and Violet released a new trailer today that showcases the “A Treasure Hunt” assignment. On top of that, we also got to see some new Pokemon, two of which are version exclusives.

The Treasure Hunt will form part of the three stories in Pokemon Scarlet and Violet. Firstly, we have Victory Road, which will be familiar to Pokemon fans. It’s essentially beating the eight gyms across Paldea to earn the Champion Rank.

But to challenge the leader, you have to pass a test first. It will see you performing several activities to prove yourself, such as finding a set number of Sunflora.

Outside of Gym battles, you will forage for Herba Mystica. Arven will ask you to find this rare ingredient that restores health immediately. The problem is that a Titan Pokemon guards it. These are giant and more powerful versions of their usual selves.

Head out on a treasure hunt in Pokemon Scarlet and Violet

Elsewhere, you will need to deal with Team Star. The group consists of rebellious students split into several squads. Each has its own boss, and you will need to reach and defeat them in a Pokemon battle.

The trailer also shows two version-exclusive Pokemon. Scarlet players can get their hands on the Fire/Psychic-type Armarouge, while those who opt for Violet can catch Ceruledge, a Fire/Ghost Pokemon. Both resemble and are a tad too humanoid for my tastes.

Meanwhile, a third Pokemon was introduced, which you will be able to catch regardless of the version you buy. Klawf is a Rock-type Pokemon that looks like a permanently surprised crab.

The Ambush Pokemon will have a new ability that increases its attack and speed but lowers its defense when its HP falls below 50%. Not sure I’d want to go on a treasure hunt to come face to face with this creature.

I'm not a big of these new Pokemon designs. The knights look like rejected Digimon.