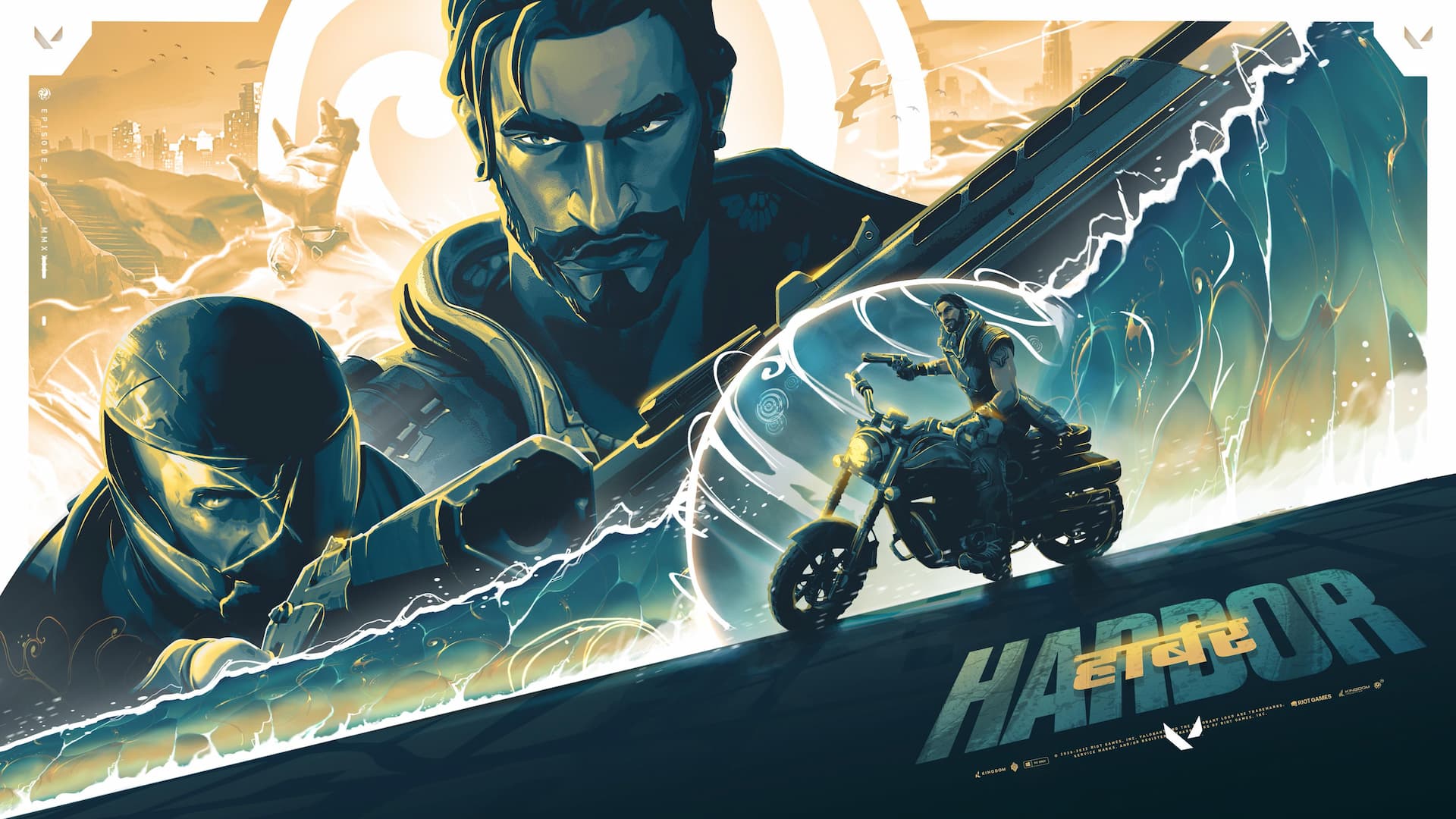 After plenty of leaks in the Valorant ship, Harbor has been revealed.

For the uninformed, the newest agent to join the Controller class hails from India. Powered by an ancient artifact, Harbor is going to be flooding your lobbies very soon.

From what we’ve seen, the hydrated version of Viper is looking like a solid addition to the smoker role. What we’ve seen so far is the spitting image of a Controller agent with a little bit of everything to control the tempo and even initiate the attack.

Check out the reveal trailer for Harbor. Below that will be a full breakdown of his kit with a few tidbits of info gained from players around the world.

EQUIP a wall of water. FIRE to send the water forward along the ground. HOLD FIRE to guide the water in the direction of your crosshair, passing through the world, spawning a wall along the water’s path. ALT FIRE while bending to stop the water early. Players hit are SLOWED.

Much like Phoenix’s wall, you can curve High Tide to your liking and control its direction. Players hit by the wall are slowed just like Sage’s Slow Orb.

Similarities aside, it has a far reach and potential to spawn some interesting one ways.

A cool thing to note is as it’s his Signature Ability it has a 40-second cooldown. High Tide is active in 14 seconds meaning you’ll have it back in 25 seconds.

Pretty speedy if you ask me.

EQUIP a wave of water. FIRE to send the wave rolling forward and through walls. RE-USE to stop the wave from moving further. Players hit are SLOWED.

Cascade is one of Harbor’s basic abilities. Shoot out a wall of water that slows enemies upon hitting them.

Reuse the ability to stop the wall from pushing forward. Keep in mind that all of Harbor’s abilities can be shot through, and noise can be heard through them.

Well, except for this next ability.

EQUIP a sphere of shielding water. FIRE to throw. ALT FIRE to underhand throw. Upon impacting the ground, spawn a water shield that blocks bullets.

Underhand or overhand throw down an orb that solidifies into hardened water capable of blocking bullets. Cove can be broken, but it does take quite a few rounds to penetrate the watery dome.

Calling it right now; this ability will be a nightmare to play against on pistol rounds.

EQUIP the full power of your Artifact. FIRE to summon a geyser pool on the ground. Enemy players in the area are targeted by successive geyser strikes. Players caught within a strike are CONCUSSED.

Sending out a huge area of effect, Harbor summons a massive puddle of water. The puddle slowly travels in a straight line concussing all those who stand in its radius akin to Astra’s Nova Pulse.

Water stonks are through the roof after Harbor's reveal.