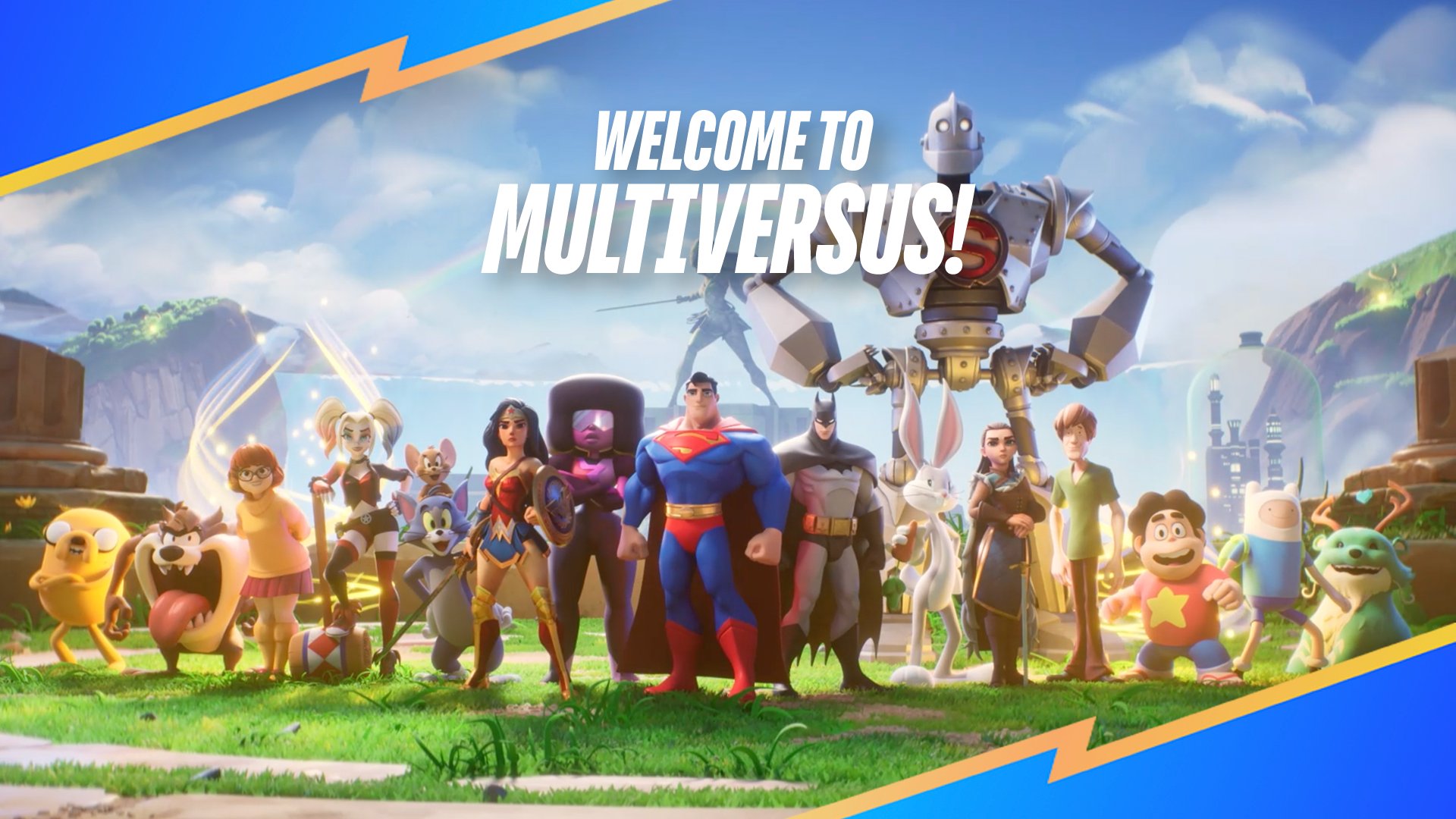 Multiversus is finally available to everyone with the open beta which started on the 26th of July.

It didn’t exactly start on the right foot, with servers going down an hour after opening and remaining unavailable for around two hours in total.

After that though, it was smooth sailing.

Multiversus is more or less what it looks like. It’s heavily inspired by Super Smash Bros, but it utilizes the Warner Bros IP.

Nickelodeon tried to do this exact format using their own IP on their All-Star Brawl game, but the strong release wasn’t enough to retain a decent player base.

Warner Bros’ approach is already much more successful. Multiversus is free to play and uses a character unlocking scheme, similar to games like League of Legends.

You instantly get access to a few characters – in this case, 5 out of 17:

Wonderwoman is a permanent unlock, the remaining 4 will change weekly.

This is a pretty decent starting pool, which is very important due to Multiversus’ second MOBA aspect: classes.

A lot of what Multiversus brings to the table has already been done by the aforementioned Smash Bros series, but the game has a few unique traits. The class system is one of them.

Each character has their weight class – just like Smash characters – but they also have a team role and a main “strength.”

The 5 unlocked heroes included two tanks, one bruiser, and one assassin. They all differ in size, weight, and playstyle – despite most of them sharing the same Horizontal “Strength.”

You’ll see characters described as Horizontal, Vertical, and Hybrid. That essentially means that their kit excels at throwing opponents away from the stage horizontally, vertically, or a bit of both.

Unfortunately, there is no Mage unlocked at the start, but if you complete the very easy Starter Missions (an extended tutorial that incentivizes you to explore the menus, rematch system, and different queues) you’ll get your hands on 2,000 coins, which is enough to unlock most characters.

How is the monetization?

Multiversus doesn’t seem to have an egregious monetization system. 2,000 coins might seem like a lot, but you can unlock it fairly quickly.

A “Normal” match win nets you around 16 coins. That’s a terrible return, but the game throws you a lot of money through different means.

You get 100 coins every time you level up, 100 coins for your first win of the day, and there are 500 coins to claim through the free battle pass.

It’s a decent system from a free-to-play title. The characters are complex and will take time to master, so players shouldn’t get bored with the options they have available to them.

Adding to that, PlayerFirstGames are already setting some good precedents when it comes to how much they care for their consumers.

The free character pool will rotate every week, unlocking 4 different characters each time. Every character is also unlocked when you enter the Lab (training mode) so you can play vs the bot before spending a dime.

When it comes to premium monetization, the developers are still scoring points. All characters cost around 7 euros, regardless of their coin price. SSBU offers individual fighters as DLC with their own stages and music tracks for 5.99€ each, but you’ve already paid full price for the main game.

All other monetization is cosmetic only.

How does it play?

If you come from a game like SSBU and try Superman straight out of the gate you will feel like something is off. The character is extremely heavy and slow but packs one hell of a punch while being pretty decent at everything.

If you follow that up by trying Adventure Time’s Finn, you’ll find something much more familiar. He’s quick, snappy, but also much lighter and easier to kill. But wait, when you press Down-Neutral you open up a shop?

Yep, Multiversus isn’t afraid of getting whacky with their designs – staying true to the original characters. Superman has his laser eyes, Wonderwoman has her lasso, Tom and Jerry hit you with dynamite and pans while Taz turns you into a literal cooked chicken.

The other powerful aspect that Multiversus brings is the stage. You can have your usual fighting game stages, but PlayerFirstGames have blown it out of the park with the more imaginative designs.

The Batcave has two Batmobiles which bounce you right off with you get thrown at them. Scooby’s Haunted Mansion is so decrepit that you will go straight through the walls if someone punches you hard enough. Tree Fort loses its trees very early into most matches.

At its best, Multiversus is a chaotic, whacky but still incredibly complex fighting game with very interesting characters that most people are familiar with. It’s a blast to play.

It isn’t perfect though – at least not yet. The game is still in an open beta phase, so there’s a chance that some of these issues will be ironed out or changed.

The audio is lackluster. The music is good, and some of the character sounds are really funny, but the general fighting noises don’t have enough of a punch.

There is no clear audio difference between getting punched by Superman or slashed by Wonderwoman, and the sounds that they’re using don’t feel strong enough for any of those examples. Everything sounds too similar and underwhelming, especially when playing the recommended 2v2 game mode.

And that is exactly my second downside. Multiversus boasts about its 2v2 game mode, with characters having dedicated abilities that work differently if you have a partner on your team. Yet, the game feels much better in a 1v1, just like Smash.

The stages don’t change size between queues, which makes most 2v2 matches chaos where you won’t really be able to know what the hell happened to you – especially early on when you don’t know the characters’ full kits.

2v2 also falls short for me with how poorly it handles stocks. You get 4 stocks per team (double the amount present in 1v1s). That’s not 2 stocks per team player, just 2 stocks per team. To make matters worse, when you lose the 4th stock, you just lose – even if you stayed on stage while your teammate flew off.

This makes most 2v2 matches anti-climactic. My suggestion would be this: even if you want to maintain the 4 stocks per team approach, use them as respawns.

Each death costs a stock, when you lose the 4th stock, the player which died doesn’t come back, but his teammate can try his luck at a 1v2.

Multiversus is filled with potential

After playing for two days straight, Multiversus has been a blast. Taz has been my main, but every time I play against someone new in a 1v1, I get the itch to try them out in the lab and they’re always fun.

It also has very little real competition. Nickelodeon’s All-Star Brawl is pretty much dead and Brawlhalla seems to target a younger audience. Super Smash Bros is the GOAT, but it’s locked to a single console.

Not to mention the esports side. SSBU is consistently capped at the knees by Nintendo and the Fighting Game Community has shown to be extremely dedicated to supporting their favorite games.

Warner Bros is a gigantic brand with a seemingly infinite supply of characters to keep the game going for years, and the developer PlayerFirstGames was co-founded by a former Riot Games employee.

This is a great start for Multiversus and I hope to see it reach the success it seems capable of.

The game is now available free to play on all platforms except Switch. You can also buy one of the founder’s packs, which gives you character tokens (instantly unlock any character) and multiple cosmetics.

Even if you’re not a big fighting game fan, give it a shot. The characters are hilarious and the game is just pure fun.

I'll play when they add the T-Rex.