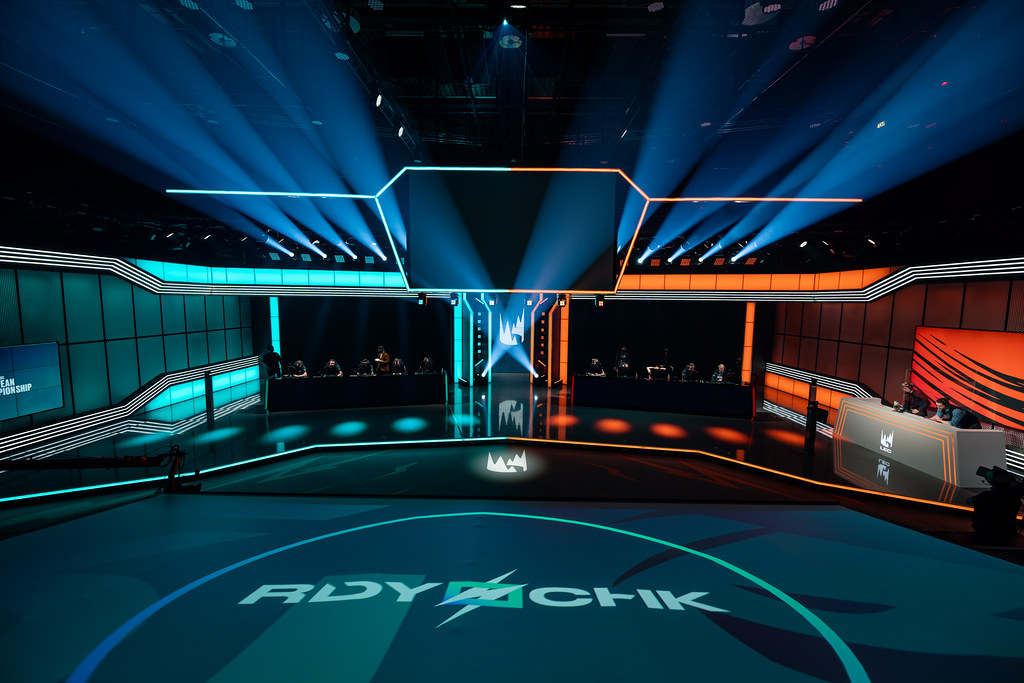 At last, the LEC has announced the 2022 LEC Spring Split All-Pro teams. There was no fan vote this time around: after last year's community votes reminded us that fans are biased (i.e., water is wet), LoL experts, pundits, and pro teams voted on the winners. Most of the votes left us in a surprised Pikachu state, but some did shock us. 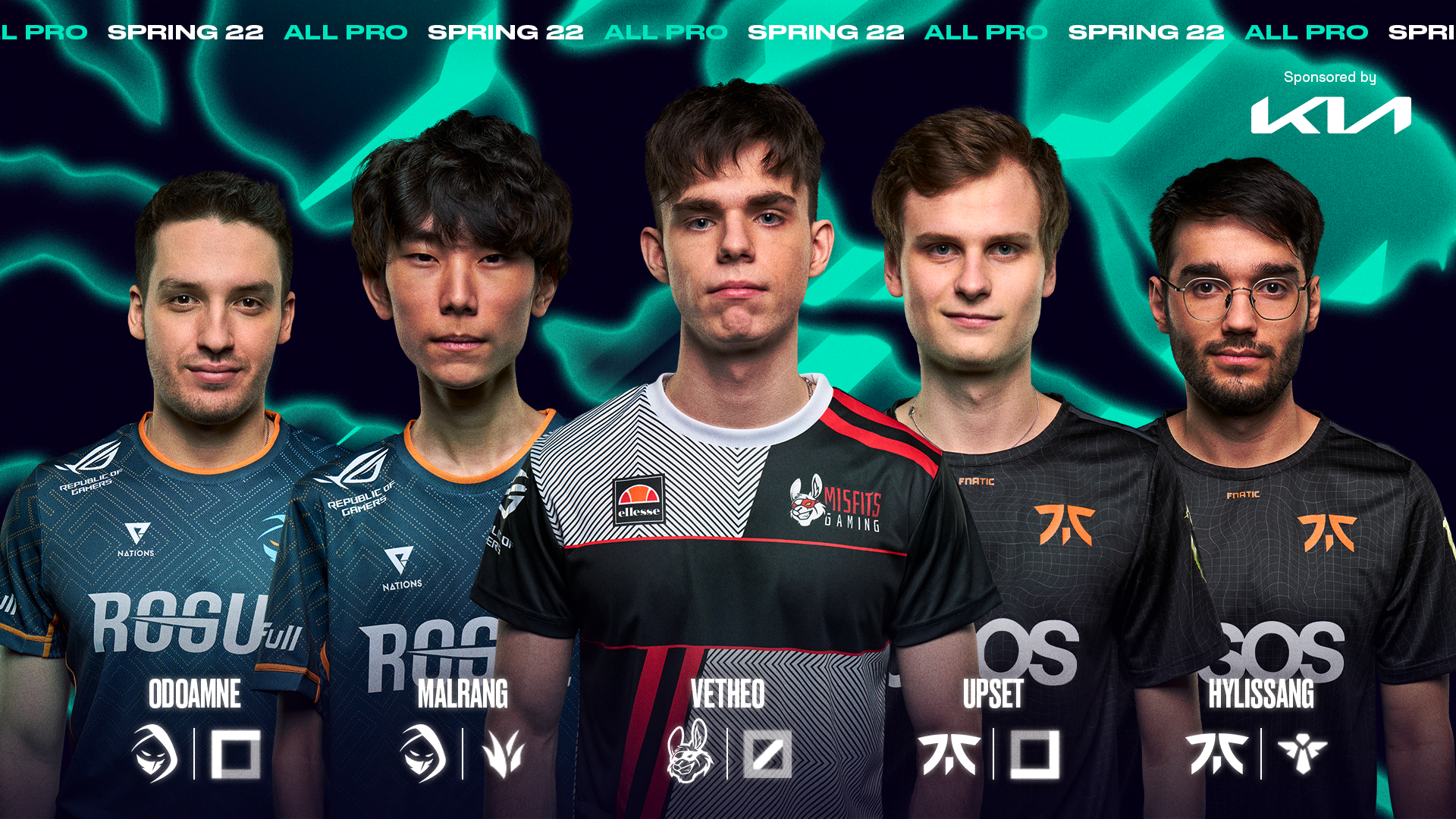 No surprise here! Those were obvious from the start, and it was meant to be official.

Odoamne had an excellent split individually, and Malrang brought a lot on the table for Rogue at the beginning. Both were a crucial part of Rogue's first-place finish. Meanwhile, Vetheo and Hylissang are the two players fighting for the MVP award, and Upset's noteworthy KDA records have secured him the first place on the list. 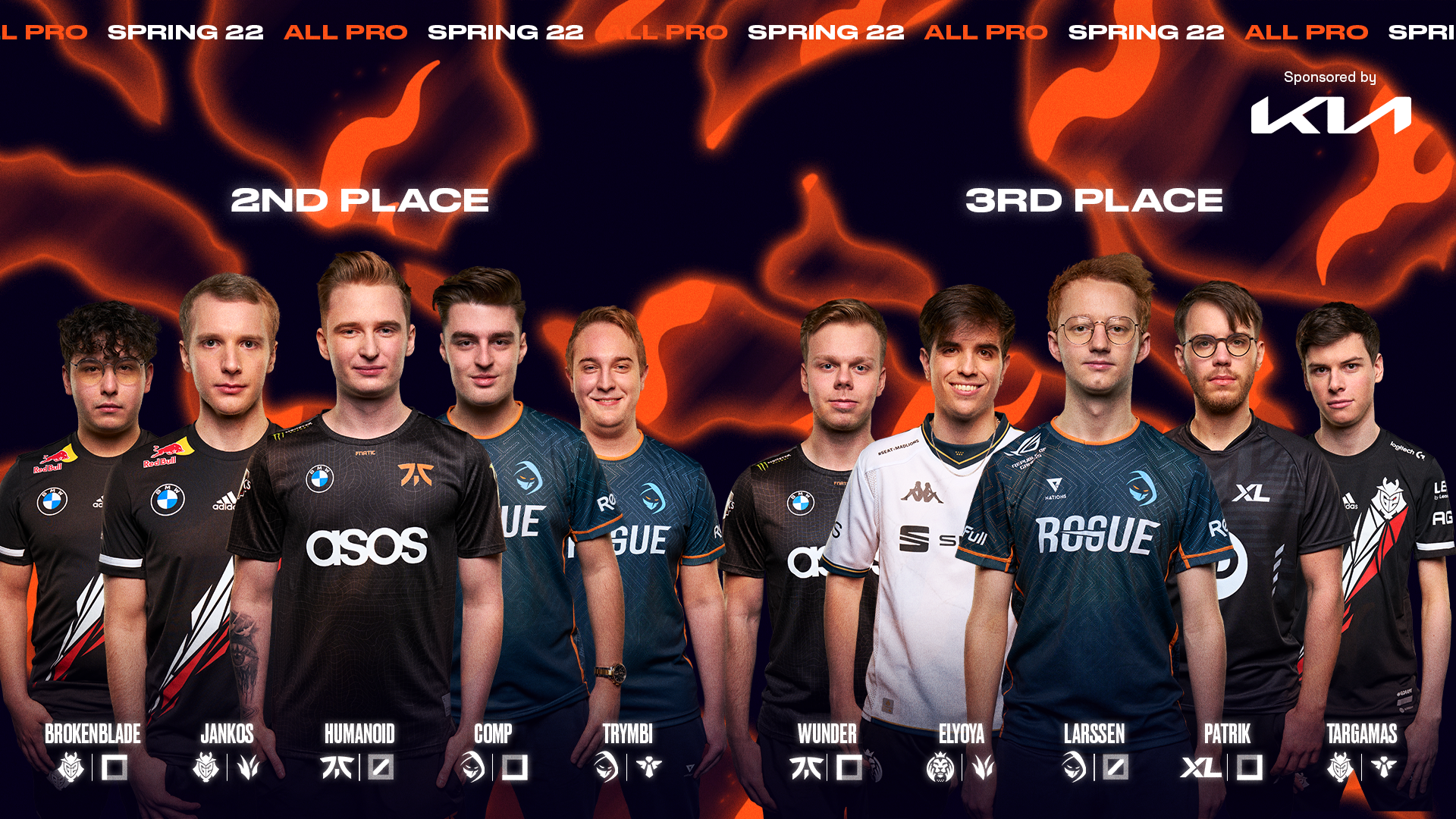 We can see some unexpected appearances here, but most people anticipated this overall outcome. Some players did get more votes because of their mechanical play, while others fit better as team players.  The biggest question mark here is Larssen's absence from the All-Pro 2nd team. Indeed, he was one of the most underrated players this split and deserved at least a second-place finish based on his performance. As a mid laner, Larssen was flawless and almost didn’t make any glaring mistakes throughout the split. Humanoid’s flashier playstyle may have earned him second place, but Larssen undoubtedly had the edge over him.  Patrik is another name that amuses me. We all know of his insane mechanics and ability to carry, but a top 3 didn’t seem possible because other AD Carries were also at the top of their games. Among those AD carries, Neon is the top example.  Why was Neon robbed? Here is a suggestion: look back at Misfits games to understand the outrage. He was one of their most important players, and Misfits might not be in the top four without him. His team fight positioning was so essential that it won many games, even when he fell behind early.   Of course, we will never have a scenario where everyone is satisfied, and there will be always different opinions regarding the votes. However, the awards have greatly improved, and we can finally see more deserving standings.