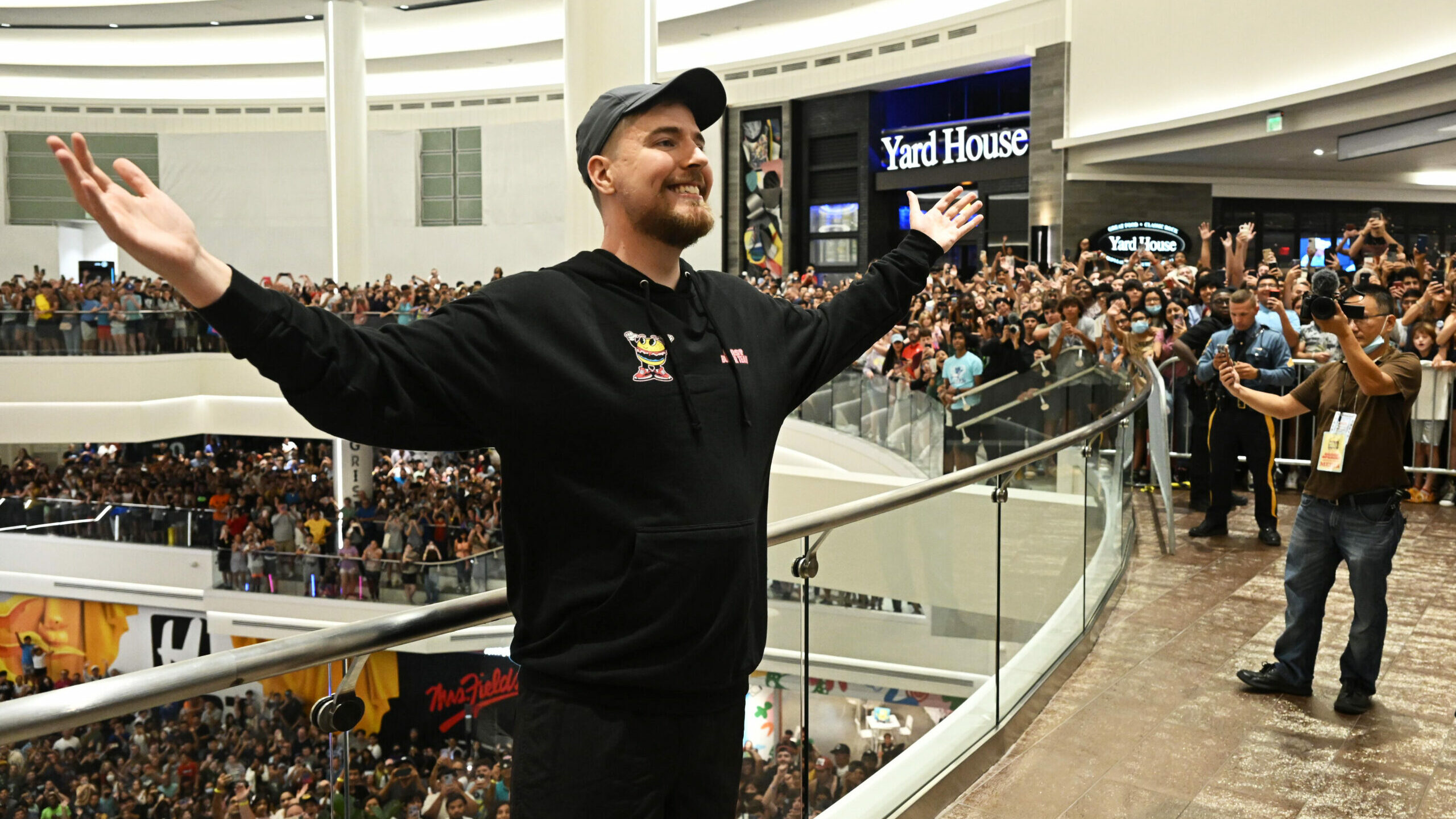 MrBeast reveals about buying an LCS team at Worlds 2022

MrBeast has taken the League of Legends community by storm at Worlds 2022 by confirming the rumours about him buying an LCS team.

When quizzed about the rumours, the popular American YouTuber gave an affirmative response, in front of thousands of spectators at Worlds 2022.

MrBeast said, “Oh gosh, yeah, 100%,” with the crowd erupting in a ferocious roar, voicing their support for the exciting news.

“The question is more ‘when’ because if we do it, I want to have a team that makes it to a stage like this [referring to Worlds 2022],” MrBeast responded.

He continued, “We got to get the right pieces in place before we pull the trigger.”

Worlds 2022: Who is MrBeast and why is he buying an LCS team?

Jimmy “MrBeast” Donaldson is a popular North American YouTuber credited with pioneering a genre of YouTube videos that centres on expensive stunts.

His YouTube channel “MrBeast” is the fifth-most subscribed channel on the popular streaming platform.

The North American’s reveal about buying an LCS team, in front of live spectators at the Worlds 2022 stage, is a pleasant surprise.

Nonetheless, foraying into League of Legends, especially the famed LCS, would signal a new era for MrBeast, to expand his brand to an even wider audience.

MrBeast is also the founder of MrBeast Burger and Feastables, and a co-creator of Team Trees, a fundraiser for the Arbor Day Foundation that has raised over $23 million.

This move can be seen as similar to that of Nadeshot, who found 100Thieves, one of the iconic esports brands in North America, on the back of phenomenal streaming success.

100Thieves has built itself a brand which is seen more as a company associated with selling merchandise than being an esports organisation.

Given MrBeast’s wide outreach, this move makes sense as the LCS is famous for building on its brand and advertising.