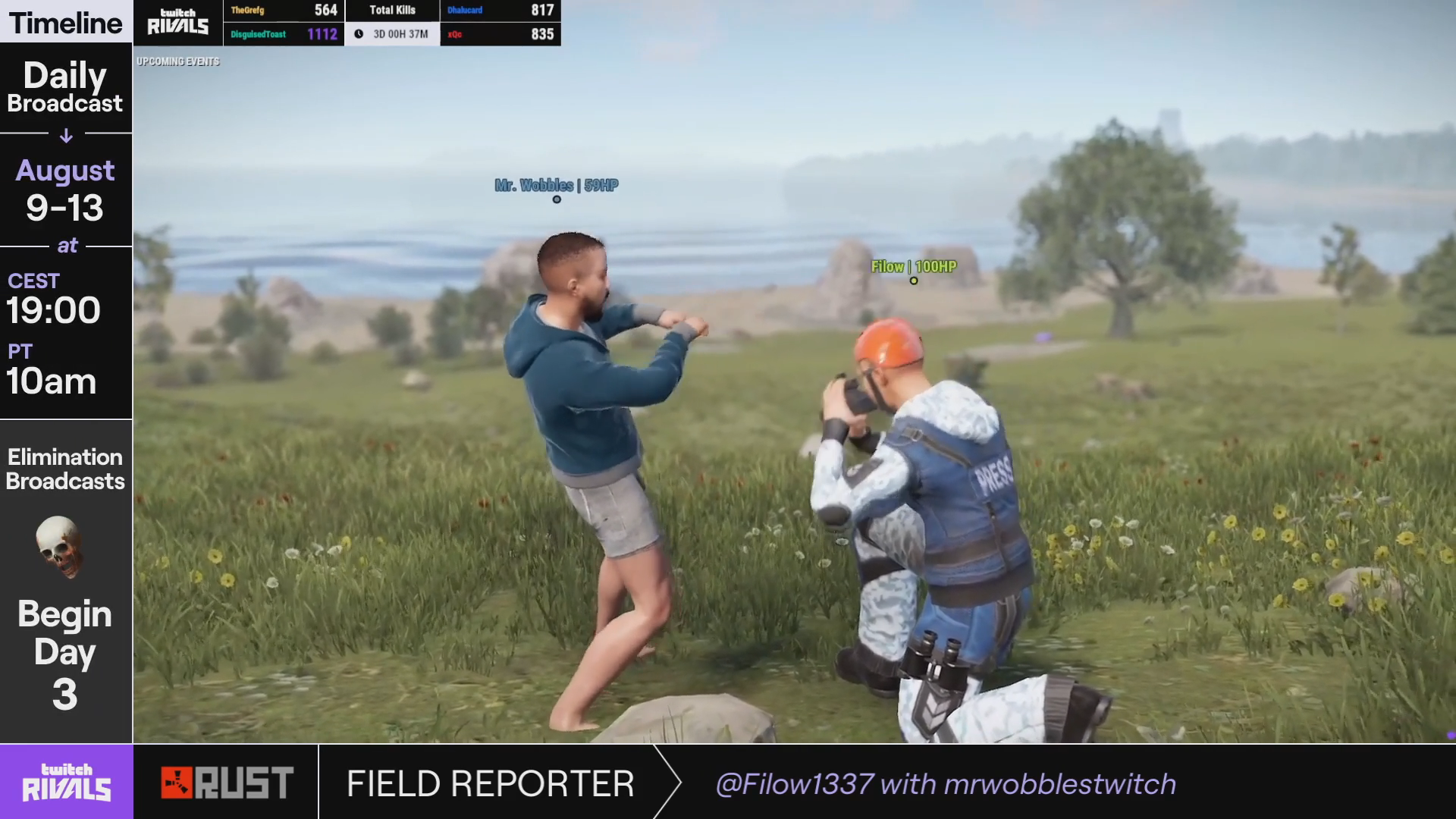 Twitch Rivals Rust continues to chug along, with some of the top streamers on the platform competing against one another in the survival game.

As you can expect if you’ve ever watched Rust before, things are getting pretty toxic. We already have some disproven stream sniping allegations placed on the Spanish team after their elimination.

YouTuber/streamer and musician, Mr. Wobbles, has been getting in on the BM action with his unique brand of improvised song – serenading xQc while he runs by him, naked.

Later, Wobbles was interviewed by the official broadcast, and he doubled down on his xQc trolling.

We got a second verse from the upcoming hit “xQc from Québécois.” It’s a banger, as always.

This was far from the only BM song Mr. Wobbles created during the event.

After Team Spain was eliminated, he put together a heartfelt tribute to the fallen squad, freestyle rapping a verse to put salt in their wounds as they left Twitch Rivals.

Twitch Rivals Rust is always some of the most toxic, drama-filled, entertaining video game content on Twitch.

You’d be hard-pressed to find so many streamers vehemently trash-talking one another, and you love to see it. Mr. Wobbles’ songs are just the cherry on top.