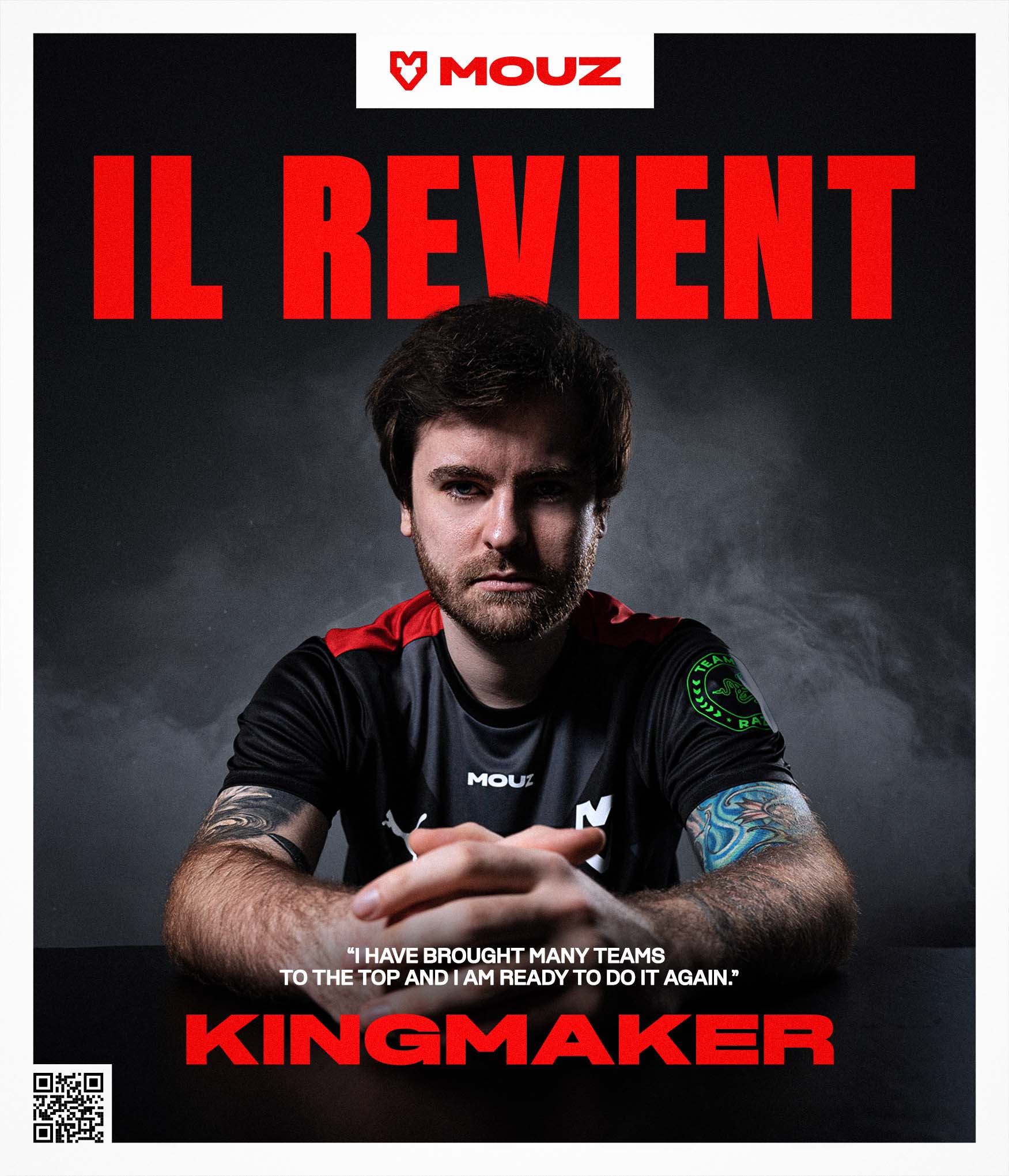 MOUZ should have just done a Gambit

If you're not 100% sure what that headline means, I understand. If you missed Gambit calling up their Youngsters team to the main team, adding HObbit and then smashing everyone to pieces, then it's okay.

How's the weather down there under the rock?

MOUZ needed reinvigoration - youth, hunger, skill and new ideas. Their roster lost its crown jewel to FaZe, and without him, it looked dead in the water.

Who do you turn to for new ideas, for reinvigoration? That's right, the guy who's been playing for years and retired to try and go pro in VALORANT a few months ago. In fairness, I'm sure he'll have a bunch of new ideas on executes - just pull out the iPad and smoke all five angles, idiots.

No, of course, they had the best academy team in the world. Their NXT roster won back-to-back academy league titles, and even broke into the top 30 with no ceiling in sight. So uh, just pick up the AWPer and nothing else.

when you read the message that you are promoted to the @mousesports main team pic.twitter.com/VK8f49ssKc

The weird thing is, whoever picked players for NXT can clearly spot talent, 'cause the replacement, mhL, is absolutely monstrous as well. So why not trust him and take the young kids up to the main team?

NXT was on an upwards trajectory, and MOUZ were... not, let's say. Why not double down on the talent you found?

You're sat on a gold mine buying chocolate coins. Just dig!

Keep frozen as your HObbit type - yeah, he's quite a bit younger and hasn't won a Major, but he's way too good to not keep. The rest of them? Not indispensable, by any means. Bymas is raw - so it's essentially a like-for-like change with xertioN, who already has synergy with the other players. Dexter has been underwhelming, with some pretty worrying signs in terms of a gameplan, or lack thereof.

And NBK-, well. You already know.

MOUZ lucked out into having an incredible academy team who are definitely the future of the org, and they're desperately delaying the inevitable, denying their own future like MacBeth when the trees start moving.

The future is now, old man.

...they're desperately delaying the inevitable, denying their own future like MacBeth when the trees start moving.