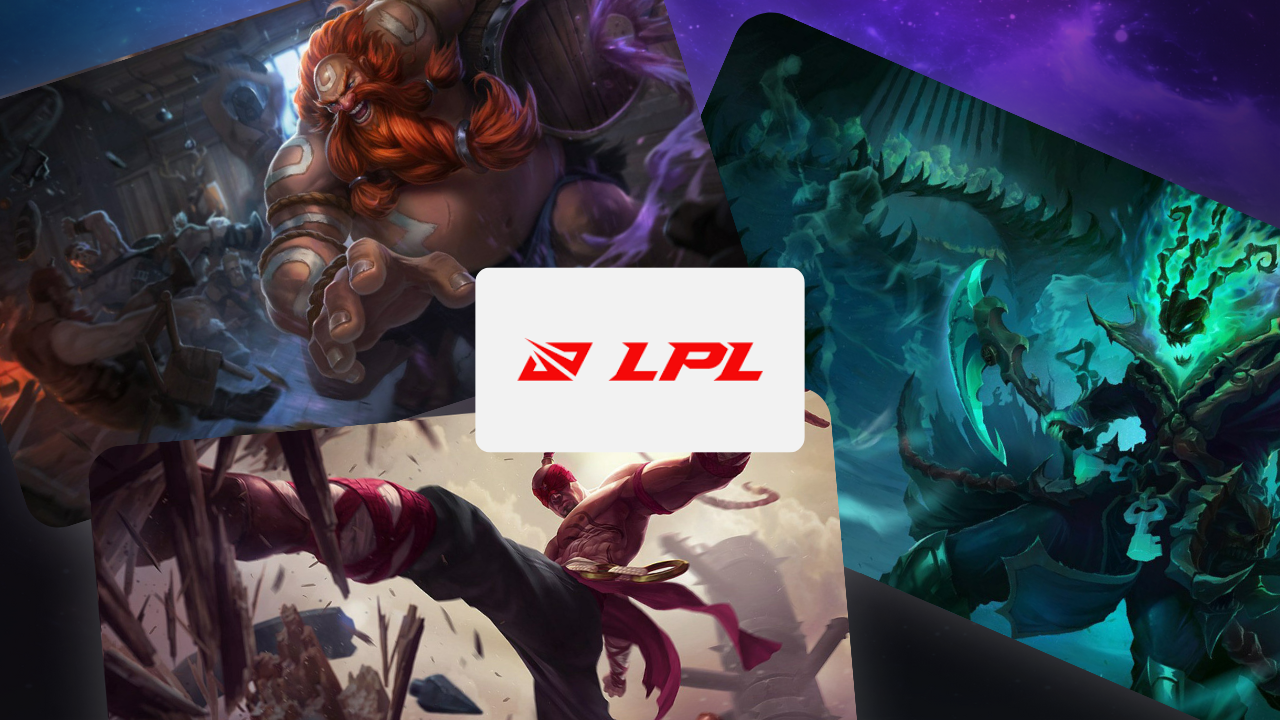 Most picked Champions in LPL history – Aggression is the way

China’s League of Legends Pro League (LPL) has always cherished its crazy and aggressive playstyle. Bloody games with countless skirmishes, dives, and explosive teamfights are written in Chinese LoL’s DNA. To the surprise of no one, the list of most picked Champions in LPL history consists of many aggressive and playmaking Champions that perfectly fit the style.

“Waste not a minute”- every LPL Lee Sin player ever

When thinking of a Champion that screams skill-checking and early aggression, Lee Sin instantly pops to mind. To no surprise, LPL junglers who cherish that kind of playstyle think alike.

Lee Sin is the most picked Champion in LPL history with 1336 games under his belt. Just think of how many ward-jump Flash-kicks that is. To be fair, we have probably seen much more Lee-Syndromes and failed tower dives, but that is a story for another day.

Welcome to the land of playmaking and aggression

Every Champion on the list is aggressive overall, and a lane bully. Even Champions such as Braum and Tahm Kench (just missed the list with 893 games), who would be safe and defensive picks, play much more aggressive roles in LPL bot lanes.

In addition, no solo lane champions appear on the list. While some of them indeed appeared in mid or top lane, all of them are traditionally either junglers, ADC’s or supports. Sorry Doinb, but Nautilus is not a mid lane Champion.

It says a lot about the region that likes to outplay you on every possible opportunity: they love playmaking supports and junglers who constantly skirmish around the map.

No LeBlanc allowed! Most picked or banned Champions in LPL history

The list vastly changes when bans are included. Indeed, Thresh takes on the top spot; however, all eyes are on LeBlanc as she surges to second place out of nowhere. The Deceiver has been banned more times than any Champion has been picked in the history of the LPL.

Also, Kalista, who was released during Preseason 5, and Camille, who was introduced in late 2016, appear on the list. Knowing that the LPL started in 2013, those stats are impressive and show what Chinese players think about those champions’ power levels.

The list excludes bans from 2013 Summer and Spring seasons due to the lack of available data.

Is it time we talk about Upset and his horrible vibes?