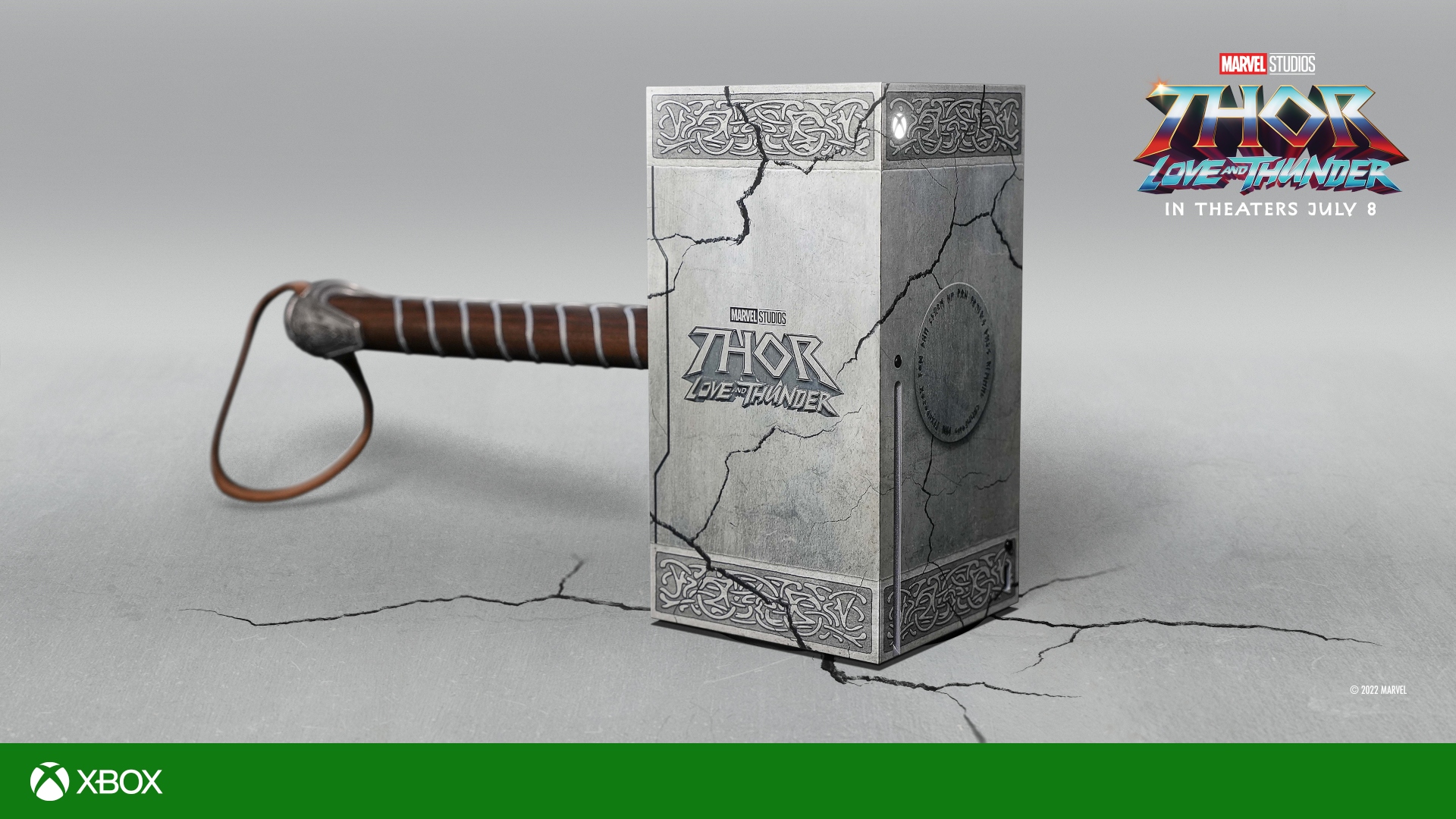 Microsoft has unveiled a Mjolnir-themed Xbox Series X to celebrate the upcoming blockbuster Thor: Love and Thunder, which arrives in cinemas on July 8.

I’ve never been completely sold on special edition Xbox consoles, but I have to say, this one looks fantastic. The Xbox Series X’s shape lends itself to being the head of Thor’s mighty hammer, after all.

The Thor: Love and Thunder-themed Xbox Series X is complete with cracks and the Asgardian detailing on the edges. Aside from the glowing Xbox power button, nothing else looks too out of place.

The disk drive and eject button don’t completely blend in, but they don’t detract from the design either. I don’t love the Thor: Love and Thunder motif on this Xbox Series X, though I understand why it has to be there.

The Xbox team is giving people a chance to win this spectacular Xbox Series X. All you have to do is simply follow @Xbox and retweet the above tweet before July 21. There are a few stipulations, such as you need to be over 18.

For the complete set of rules, head to the official Xbox website. There is a link to them within the tweet, but it doesn’t work. So we’ve dug out the correct one for you.

Can only people who are worthy life this console?