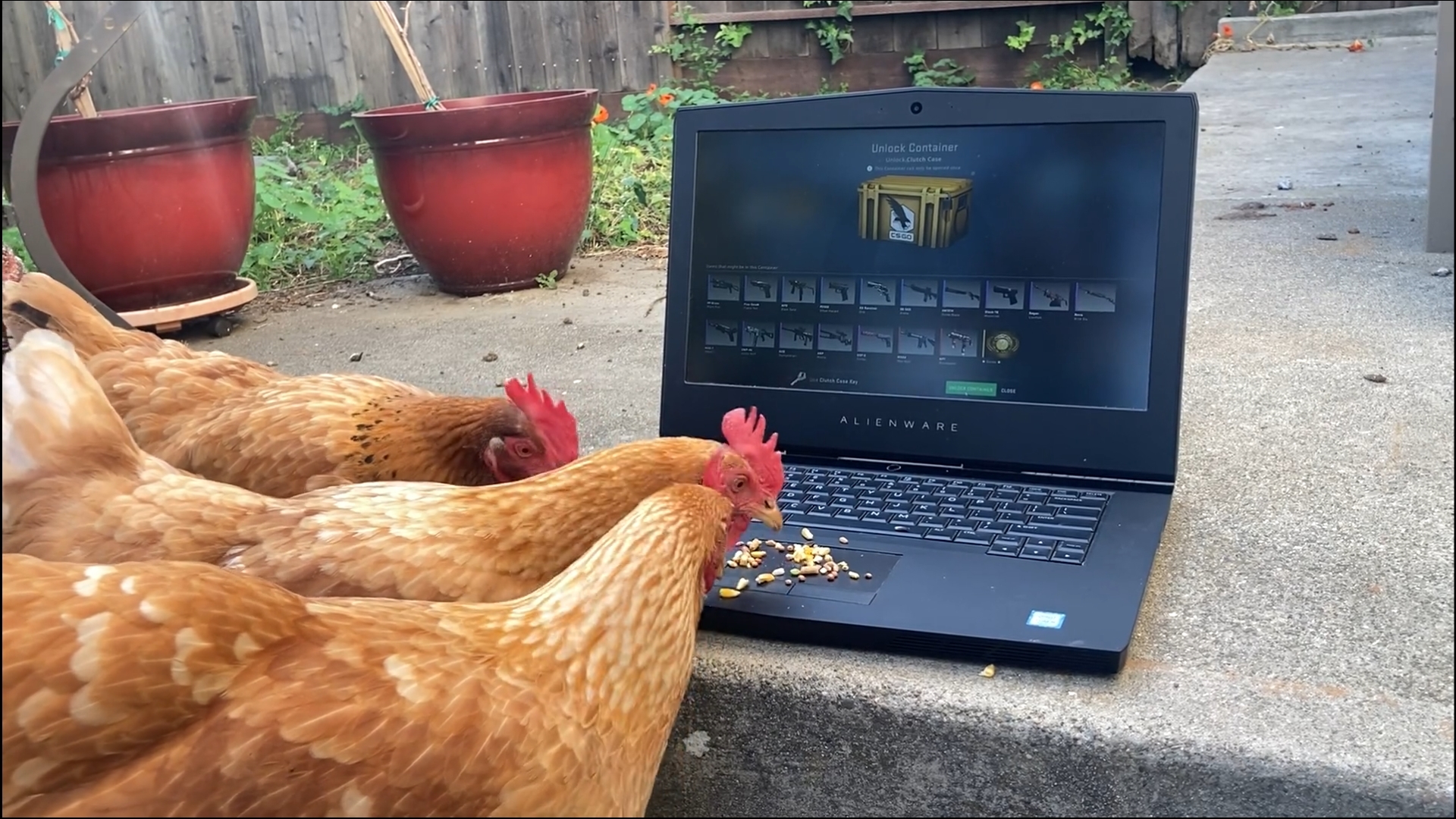 In his first recorded interview, nineteen-year-old American Skin enthusiast and expert Arrow tells us a thing or two about skins and his experience within the CSGO skin industry!

For some backstory to those unaware, Arrow is an excellent figurehead within the CS:GO skin community. He has rapidly risen to the top within the last year due to his taste and knowledge of skins. And his content on both YouTube and Twitch, of course.

Oh, and he loves chickens.

“I’m not too good at the game”

Upon joining the Counter-Strike community in 2014, Arrow shortly decided he would gravitate more towards skins as he mentioned, “I’m not too good at the game,” something we can all relate to!

He began his skin career in 2014 with trading. The 2022 trading community is an incredibly different landscape from what it was in 2014.

Arrow mentions, “People didn’t care if they lost money to get the skin they wanted, whereas Buff, csdeals, and other sites make skins super accessible,” so people aren’t keen to lose money.

Arrow recalled one of his examples of early 2015 success, “Back in 2015, I started a day with $2 and ended with $10”. This seems minuscule, but Arrow multiplied his money by five times in one day at a very young age, around twelve years old.

Arrow’s inventory is priceless, with skins worth thousands of dollars each. We can only assume he is spending mommy’s money, right? Wrong.

The young enthusiast has been consistently trading, slowly but surely generating a higher and higher value in his inventory.

When asking Arrow how much he had spent on CSGO skins out of his pocket, he responded: “Only about $300”.

He mentions he “spent a lot of time during high school trading up skins, too much time perhaps. I didn’t play the game because I really excelled during trading”.

This seems incredibly exciting and motivating, but Arrow advises the new aspiring traders of CSGO: “Watch other people trade before you fully dive in, join some discords, and make some friends. Friends are super important… crucial in finding your footing into the cs scene”.

His advice is of high value. He has some priceless, beautiful skins. To have only spent $300 is a complete mystery.

Although Arrow has terrific taste in skins, his CSGO activity can be questionable.

When asked if he enjoyed the esports CSGO offers, he told me, “For the most part, I’ll stay out of that… For things like the Major, I might watch it. I was asleep for the Antwerp finals, though”. THIS MAN IS A MENACE. The apparent condition to watching an entire major is “Unless a pro had one of my skins.”

But Arrow isn’t your usual skin connoisseur. He is into more unique and rare skins, making him such a unique face in the crowd.

There are many gems within Arrow’s skin collection, but these aren’t the usual vanilla Dragon Lore (even though he has an AWP Prince). They are genuinely excellent 1:1 crafts. For example, Arrow owns a pair of Dual Berettas Pantha’s with THREE Reason Holos, for which he paid $1700 on the steam market.

Now, you can ask, “what broken man would do this to himself” and I would answer… Arrow.

All jokes aside, he is a fascinating person. When asked how he obtained his taste in skins, he answered: “One thing that bores me about skins is, if you want to buy an AWP Asiimov and I want to buy an AWP Asiimov, they look exactly the same. If I want to stand out from the millions playing Counter-Strike, I have to get into the nitty-gritty niche skins that no one really wants or knows about”.

Which to me is reason enough to spend $1700 on Dual Berettas, don’t you think?

This explains why Arrow feels so comfortable owning thousands of dollars worth of unusual skin crafts, such as scratched Katowice 2014 stickers.

When I asked if he ever worries about not being able to sell them, he responded, “I have a lot of these skins now, but they don’t show the ones I have had and haven’t had trouble selling.” A very eye-opening statement, I must say.

Arrow also outlined that the CSGO community is a very meme based that these unique skins he enjoys are bought purely because “People like memes, that is a huge part of the CSGO scene. $20,000 scratched sticker is a very good meme”, which cannot be argued with.

I wanted to dip into arrows personal life slightly and ask what effects CSGO has had on him and those he loves, as I’m sure we all have a story or two about games and family mixing to cause problems.

When asked if CSGO has caused any issues for him, he responded, “CSGO has been a huge positive. I’ve met friends… Taught a lot of people how to trade, which is also connection growing. As far as school, I haven’t missed school for CSGO and have been pretty balancing. My older brother deals with NFTs and stuff, so to my family, it isn’t hard to explain it to them. My parents are pretty savvy at online tech stuff too”.

Questioning Arrow on his plans for CSGO, he mentioned he had a thought for a sticker capsule that he might pursue. “I would like to make a full danger zone chicken-themed sticker capsule and get that added.”

This is a brilliant idea considering Arrow’s love for chickens and a fabulous addition to his “Bumpin” chicken sticker he released in April 2022, yet to be added in-game.

With big general plans for CSGO, Arrow doesn’t think creating a skin-related website is for him, which is strange as websites are usually the notorious choice for CSGO influencers. His opinion on the idea is as follows “One problem the skin scene suffers from is over-saturation of sites. None of them being that stellar other than Buff”.

But Arrow mentioned, “If I were going to do something, it wouldn’t be selling of skin-related, I don’t think.” This is a fascinating take because Arrow could be one of the first YouTubers to venture into something new rather than creating a site.

Wrapping up the interview, I asked Arrow a final question: “What investment advice could you give to anybody getting into skins in 2022?” He gave an incredibly unique insight “I feel as though if someone isn’t finding really good investments themselves, they are already too late to that investment. You need to be ahead of anyone else and get on the wave before everyone else, and you will have a chance of making a ton of money”.

Arrow has had a brilliant first year with his content creation on YouTube, Twitch, and Counter-Strike, and I cannot wait to see his success in the years to come.