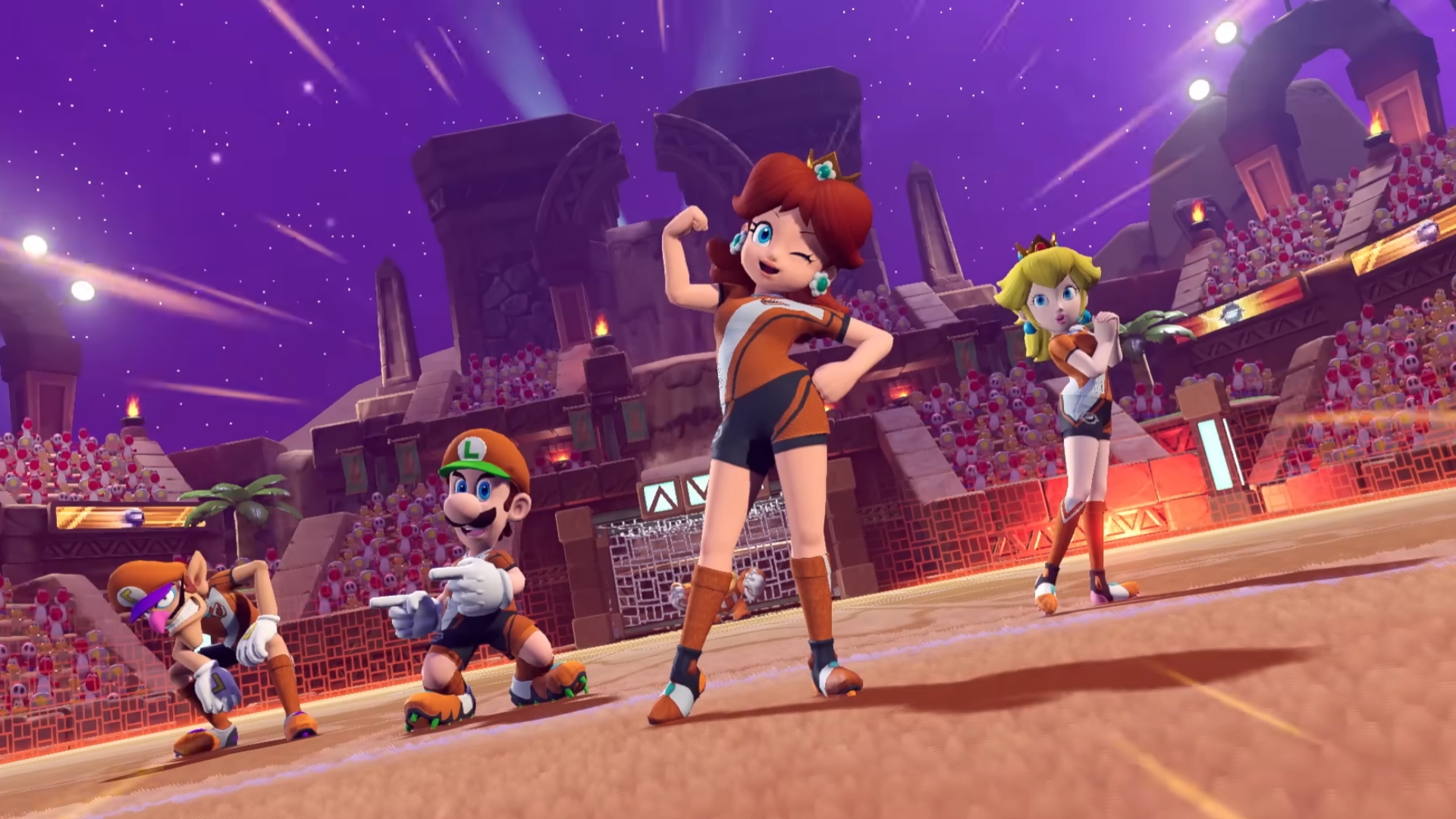 Following its release last month, Mario Strikers: Battle League will receive its first free update this week on July 21. It will introduce two new characters, gear, and a stadium.

The first of those two new characters is Daisy. Her standout stat is Technique, which sits at 18/25 while the rest are below 13.

Daisy’s Hyper Strike sees the pitch flooded with flowers before she unleashes a ferocious strike toward the goal.

Next, the second character arriving in the Mario Strikers’ first update is Shy Guy. He is more of an all-around character, with each of his stats being either 12 or 13. His Hyper Strike sees a tornado follow in the ball’s wake after it’s struck, making it tricky for the keeper to save.

Outside of the characters, the update also introduces the Knight Gear set, which increases strength and shooting when equipped.

Finally, the update will add the Desert Ruin Stadium for players to use in a quick match or set as their club stadium.

If your favorite character didn’t get added in this update, don’t worry. Nintendo has announced two more free updates will arrive before the end of 2022, bringing more characters, gear, and stadiums to Mario Strikers: Battle League.

I wonder which other characters will arrive by the end of the year?