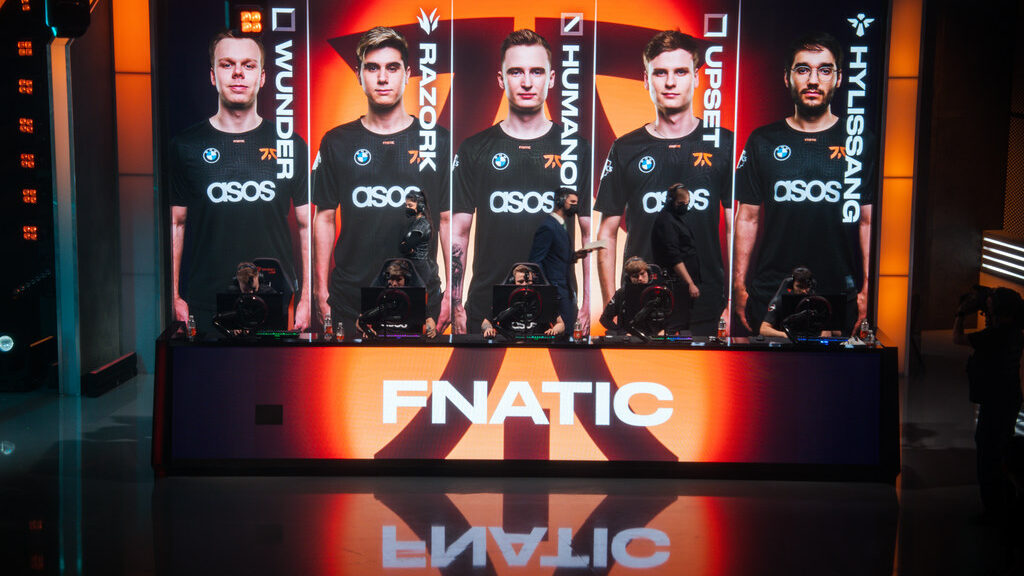 By defeating MAD Lions in the 2022 LEC summer playoffs, Fnatic continue their fantastic form in the LEC and qualify for the LEC Finals weekend in Malmö. Despite much debating about whether Fnatic can perform in the playoffs, they continue their excellent form and eliminate another opponent.

Although MAD Lions lost, they will be heading to Worlds 2022 as the LEC’s 4th seed. Surprisingly, they have qualified for the competition without winning a single Bo5 series this year. In comparison, LNG Esports were eliminated in the LPL regional finals by RNG, which was their 7th Bo5 series this split. We will leave that to you to decide whether the system needs a change.

Personal clash: A lot of banter and Humanoid vs. Nisqy

The series today was personal. Both Humanoid and Nisqy were playing against their former teams, and also, there was a lot of banter between the players:

Game 1 started very fast, and before we could realize, Fnatic were 1-0 up. It was a clean stomp and also the fastest game of the split. Everything done by Fnatic was with precision, and they gave MAD Lions no breathing room.

Game 2 started the opposite way, with MAD taking a huge advantage. Despite Fnatic’s best efforts, they couldn’t come back, and MAD tied the series.

For the rest of the games, Fnatic always had the upper hand, and comfortably closed out the series to secure themselves a meeting with Rogue in Malmö.

As Razork stepped up big time for Fnatic, he was voted the KIA Player of the Series. Fnatic’s jungler had difficulties adapting at the start, but found his footing in the 2022 LEC summer playoffs. His development has been impeccable, and surely, he is one of the best-performing players in the LEC playoffs.

The LEC awards take a hit

The KIA LEC All-pro team mainly featured MAD Lions players. They had an impressive regular split performance but came short in the playoffs. The competition in the region is intense, and it was proven today.

MAD Lions could have gone all the way to Malmö if it wasn’t for that Game 5 against Rogue, which showcases how competitive the LEC is. All teams fight until the end, and the ones that adapt will survive. Playoffs are different from Bo1’s, and people shouldn’t get offended by the awards. They are for the regular split performance, not for playoffs, where teams tend to step up their gameplay.

Fnatic in the playoffs is a different beast: Malmö remains a target

Since starting their lower bracket journey in the 2022 LEC summer playoffs, Fnatic look different. The team keeps getting momentum and looks unstoppable. The individual performance of the players has improved a lot, and they are a lot more aligned on their gameplay.

Furthermore, playing more games improves momentum and confidence. Fnatic already played two series against XL and Misfits, which brought them a lot of practice to move forward. It’s like any sport: The more you play, the more you improve.

Despite glimpses of the old Fnatic, which overextended and threw their games, the players were composed and denied any possible comeback from the MAD Lions. Overall, Fnatic showed us that they could be feared, especially in the playoffs.

Fnatic versus G2 would be the most nostalgic ending to the split. They haven’t faced off in a final since LEC Summer 2020, and G2 is already waiting. Fnatic will have to go through Rogue to meet G2, but given the circumstances, they come in as a favorite in the match-up.