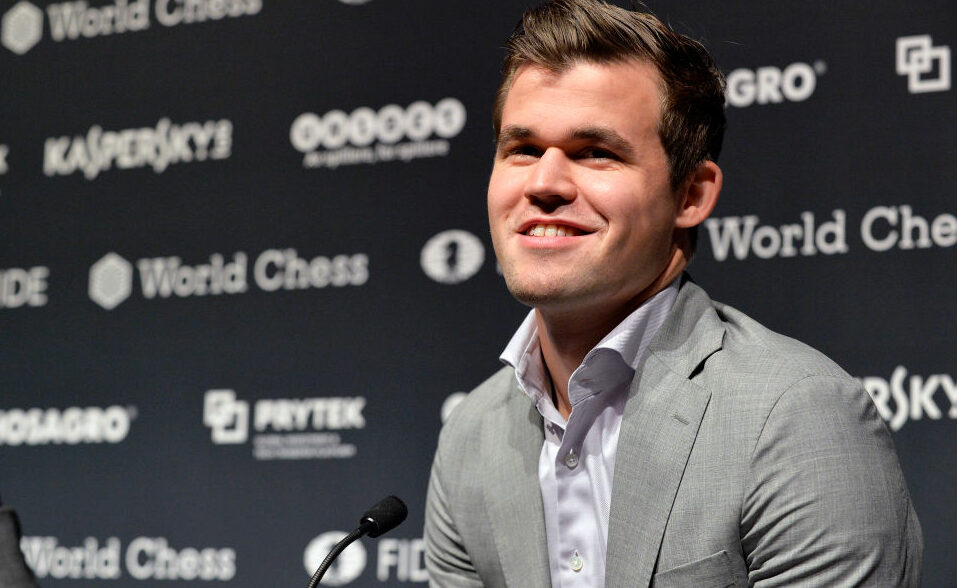 In an interview during the broadcast of the Julius Baer Generation Cup, Magnus Carlsen responded to the recent cheating accusations around fellow Grand Master Hans Niemann. It was the Norwegian’s first interview since the Sinquefield Cup controversy. He dropped out of the tournament following a loss to Niemann and started speculation about the legitimacy of his opponent.

During the interview, Carlsen actively avoided the subject of Niemann as much as possible. He refused to comment on questions about his accusations and said he could not speak about his recent withdrawal from the Niemann rematch.

As he he wanted people to draw their own conclusions following his actions, he congratulated Niemann on his play and said he “thinks his [Niemann] mentor, Maxim Blugy, must be doing a great job.”

Namedropping the controversial Dlugy as Niemann’s mentor will only add more fuel to the speculation around his legitimacy.

In the meantime, FIDE is expected to intervene soon, as the governing body has been monitoring the situation closely and will make a statement in the coming days. A potential sanction from FIDE is regarded as one of the reasons why Carlsen stayed quite about Niemann during the interview.

Who is Maxim Dlugy, and why did Carlsen mention him?

New York-based Grandmaster Maxim Dlugy is a controversial figure in the chess community. The Russian-born American is known as a highly-skilled Blitz player but hasn’t been actively competing since 2017.

His final games were in a Title Tuesday, a popular weekly cash tournament on Chess.com. He started the event going undefeated in his first matches before mysteriously disconnecting as he was leading the board.

Following this, the Dlugy turned inactive.

Carlsen mentioning Dlugy in the interview is him once again hinting at Niemann being a cheater. Dlugy’s sudden disappearance after his strong start to the Titled Tuesday has led to a lot of accusations about his legitimacy and de facto turned him into a pariah in the community.

Dlugy has, in the past, functioned as a mentor for Niemann. But it’s not clear how involved he is in his camp as of writing.