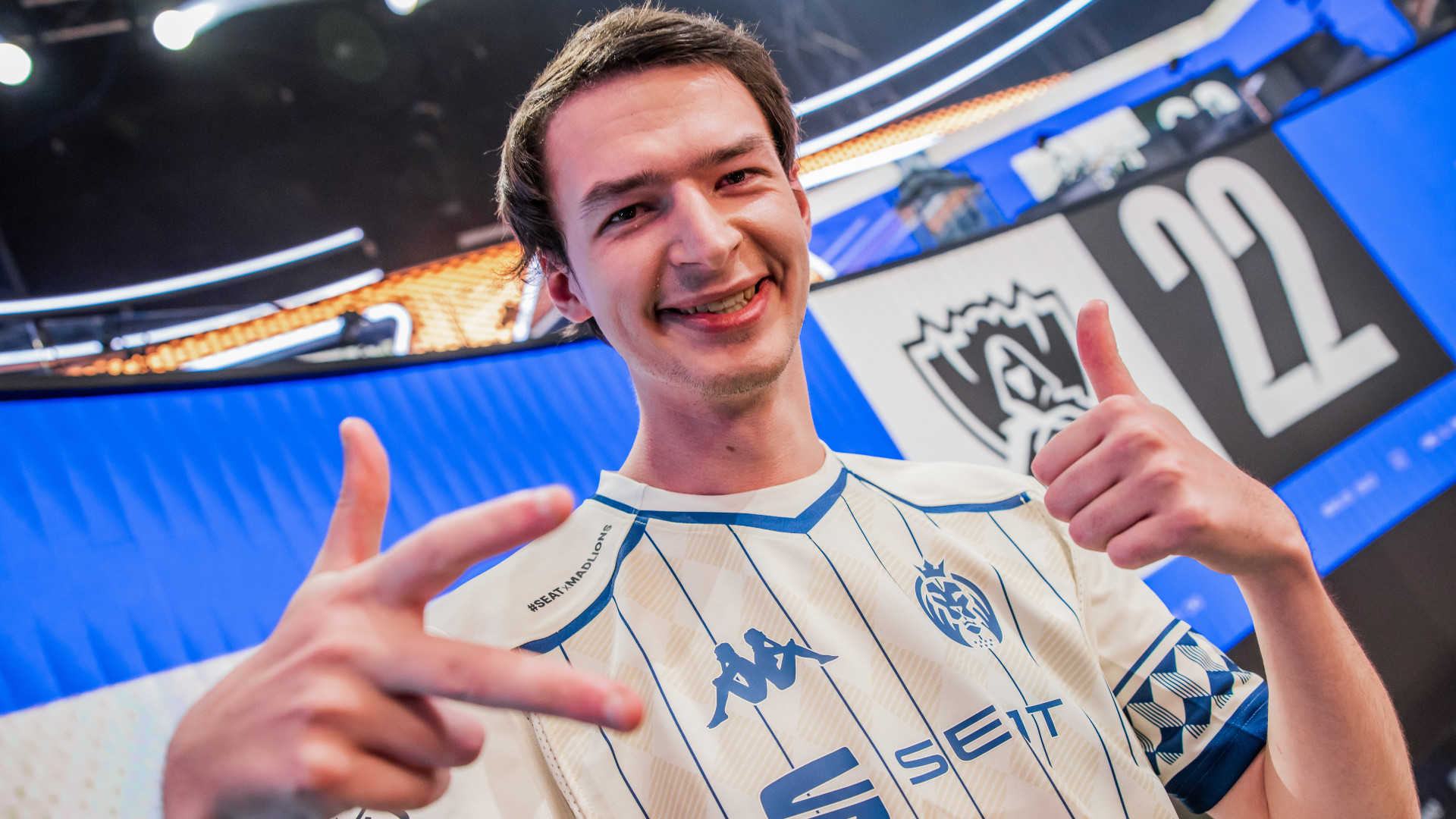 MAD Lions support Norman “Kaiser” Kaiser gave an exclusive interview to Jaxon after MAD’s 2-0 start to Worlds 2022 play-ins. During the conversation, Kaiser reflected on the first day of matches and hyped up the team’s impending match, an important one for Group B’s standings, against Royal Never Give Up.

The Worlds 2022 Play-In draw was not kind to MAD Lions, placing the European fourth seed into the same group as Korea’s DRX and China’s RNG. However, MAD did not face either major foe on day one. Instead, the Lions took on the LLA’s Isurus Gaming and Turkey’s Istanbul Wildcats.

Neither win was clear-cut for MAD, with the LEC side having to weather mid-game surges from both opponents.

“Obviously it’s really great to be 2-0,” Kaiser told Jaxon, “and it’s good to beat the teams you’re supposed to beat. But neither game was great for us, and there are some things I think we can work on.”

However, MAD Lions have one thing working for them: the Worlds meta.

Engage supports are the hot ticket item on patch 12.18. So far, Kaiser has played Leona and Alistar to the tune of a 2/5/22 stat line at the tournament.

MAD Lions are next in action on September 30, where they will take on China’s fourth seed, RNG.

“I’m really looking forward to facing RNG,” Kaiser said, “Ming and GALA are one of, if not the, best bot lanes in the world and I’m really excited to face them. I’ve learned a lot from watching them play, so yeah I am really excited to have the chance to play against them.”

MAD Lions last faced off against RNG at MSI 2021, splitting their rumble stage matchups 1-1. Kaiser went 1/2/19 across those two matchups against Ming and GALA.

However, RNG enters this match against MAD Lions with an 0-1 record after losing to DRX in the final game of day one. Can MAD Lions move to 3-0 and take control of Group B? Or is RNG set to bounce back?