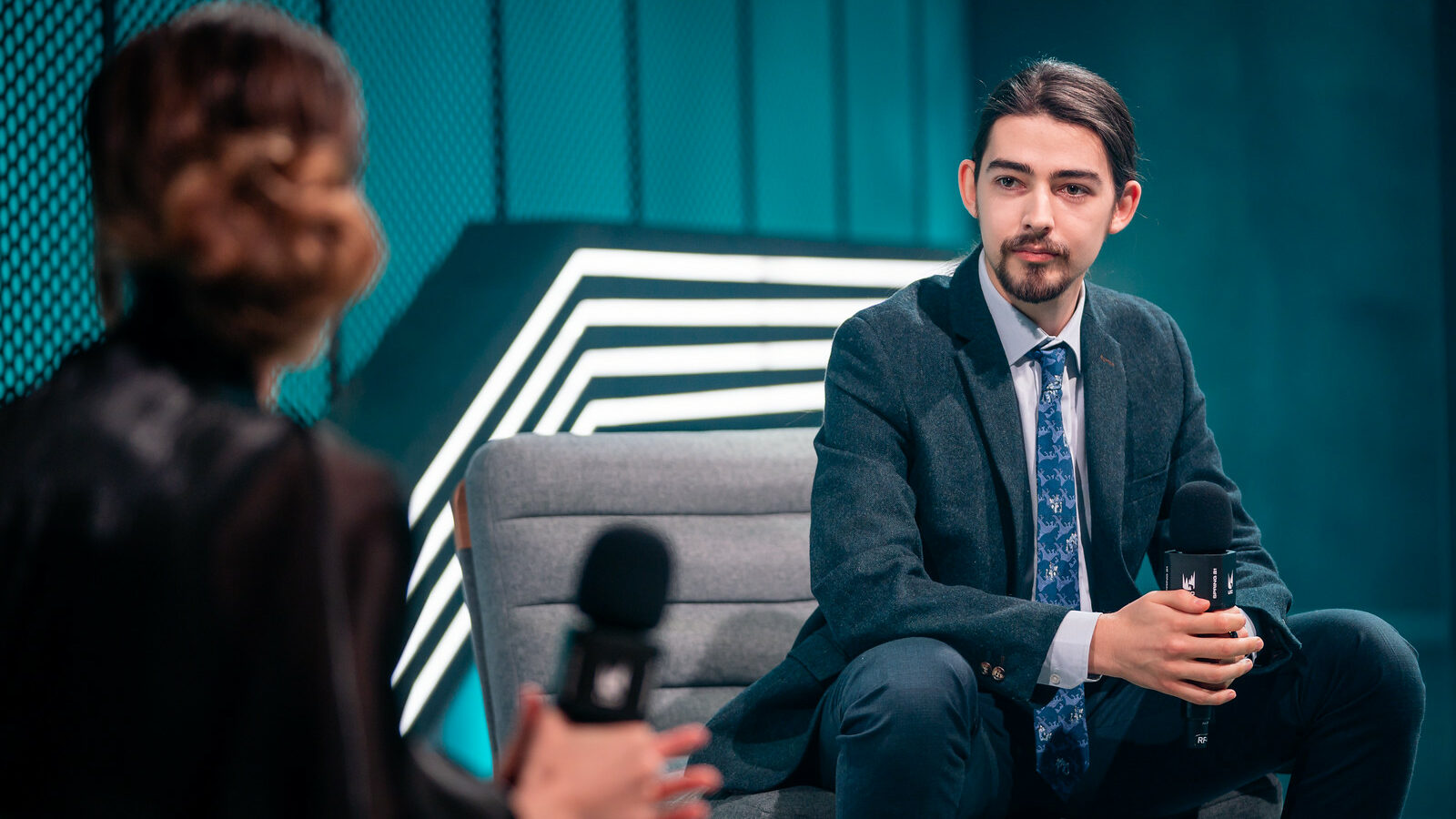 "It's harder to play against the LPL teams"

LCK vs. LPL has been a heavy topic in recent years as both regions have enjoyed much international success, and MAD Lions and head coach James “Mac” MacCormack have the heavy burden of facing both starting the play-ins.

Although MAD Lions won’t have to face MSI champions Royal Never Give Up and LCK fourth seed DRX in the play-in knockouts, they will be fighting them for the direct seed towards the Group Stage.

The first part of the interview is available here.

Yohan: Worlds 2022 is starting soon for you. You also got matched with DRX and RNG. So, what were your first impressions of the group?

Mac: I mean, it’s really fun to play against RNG. I was not as up-to-date with DRX because I’m a big LPL enjoyer, so I didn’t know what to think about DRX. However, I do much more now.

My first impression was that I wasn’t sure if that was good for us or not because I don’t know if it’s good for you to have such teams in your group. Obviously, your chance of getting first and going straight into groups is much lower when an LPL team is in your group.

If you look on paper, many people expect Fnatic to get first in their Play-In group and go straight into the Group Stage without playing a bo5, which is lovely for them. But, on the plus side, it means that if something goes wrong and RNG ends up placing second in the group, then we can’t play versus them in the bo5. So, at least, there are positives to that.

Yohan: Fortunately, you did play a lot of bo1’s in Europe. So, will MAD show the LPL & LCK what peak bo1 performance looks like?

Mac: (Laughs) I hope so! In international bo1’s, anything can happen because every team has such a limited amount of preparation time. There are six teams in each group and eleven other teams that you have to consider because the amount of time between bo1 and bo5 is extremely limited.

You have to look at those teams beforehand, so the depth of knowledge, information, and scouting that you can do about these teams is really low.

That leads to situations in bo1’s where, for example, people don’t ban Heimerdinger. This is exactly what that leads to. You know, it’s a champion that’s not played in their region and a player they don’t know that well. That’s how upsets happen at international tournaments. I think the Play-In format is very likely to produce some of those.

Yohan: You said you are a big LPL enjoyer. I would imagine that now you’ve also seen some games from the other top regions. How would you compare the other regions to Europe? Is it as doomed as everyone is saying?

Mac: I think that the LCK players are very talented individually. But, in terms of the League of Legends style that they play, I feel like it depends very much on the meta. If you have a slow Ranged support meta, then the LCK teams will be very good. But I think in a more fast-paced meta, it’s harder to play against the LPL teams.

I do think there is a little bit of an edge that the LPL has over LCK if that is the meta, which usually is, right? For example, Ranged support metas are less common in general, and some of those supports have been nerfed quite heavily, so certainly you will see more melee supports in Worlds than you would in playoffs. That’s my current read.

Yohan: You failed once in the past during the Play-in stage. Fortunately, you have Armut now on your side, so maybe that’s not going to be the case. Walk me through how it felt because I believe it never happened for a major region before.

Mac: That was probably the hardest failure of my career. We felt like we let everyone down and underperformed to such an extent that it was crazy how poorly we performed at Play-ins in 2020.

Yohan: Every loss is a big learning, right? Straight after, you went on to win back-to-back LEC titles.

Mac: For sure! That’s if you can find meaning, purpose, and the lessons that are there to take away from each loss. Then this loss is just something that happened to you a while ago.

You can choose to view it as both a failure and a very valuable experience. The loss is meaningful and awful if you don’t find a way to take lessons away from it, right?

Yohan: Let’s say you do make it to the next round. You will end up in either Group A or B, which are really tough and you or Fnatic will face G2. What is your opinion on the rules about that? Do you think all teams should go with seeding rather than the regional rules of not being together in a group?

Mac: Well, I would rather not face a European team. I think it’s less fun. The more international opponents you can play against, the better. It’s not that much fun to play against another European team in groups, because we’ve played against them for a whole year and scrimmed them like a million times.

If it were Fnatic, which I know can’t be, it would be funny because I’m playing against Humanoid, which is always fun. On Rogue, there is Odoamne, who’s another [former] teammate of mine. But yeah, overall, I don’t like it.

There’s maybe no good solution, so that’s fine, but there’s also the possibility that the VCS teams can’t attend, so who knows? Maybe there would be lots of shakeups.