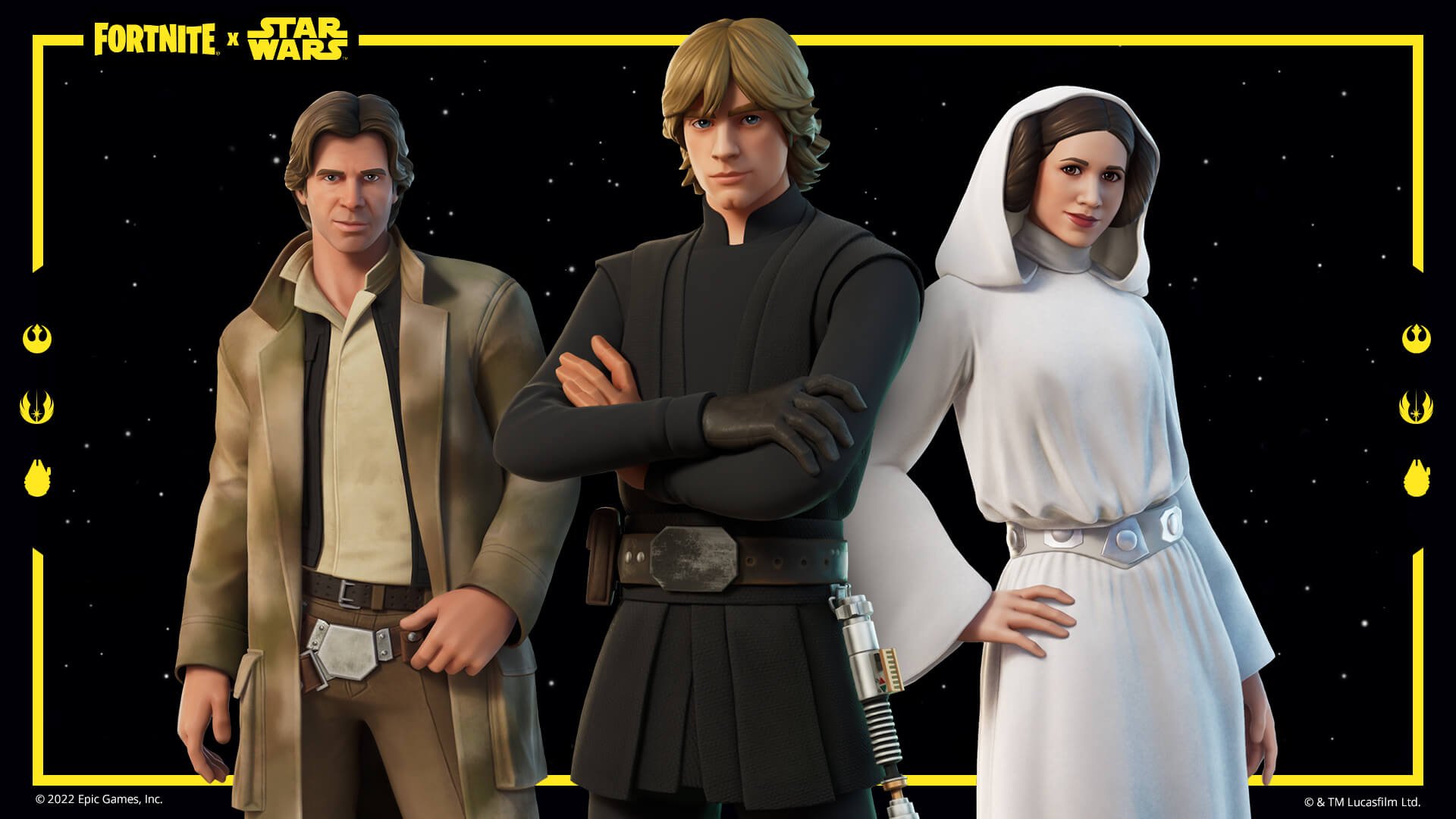 Another Fortnite X Star Wars crossover is coming to the game as Epic finally introduces Luke Skywalker, Princess Leia, and Han Solo to the universe.

We’ve had several Star Wars crossovers in the past, bringing more modern characters to the game – but not many of the classics. Han Solo, Princess Leia, and Luke Skywalker have been high-profile omissions during previous crossovers.

Now, Epic have announced that the original gang is finally coming to Fortnite for Skywalker week.

Skywalker Week is set to kick off on November 8 and will bring the trio of Star Wars OGs to Fortnite for the first time.

During the event, Light Sabers will be back in the loot pool. Epic will also unvault the E-11 Blaster to fit the theme and – strangely – the Junk Rift.

Each character will receive three variants, a pickaxe, and a back bling to go along with their skins.