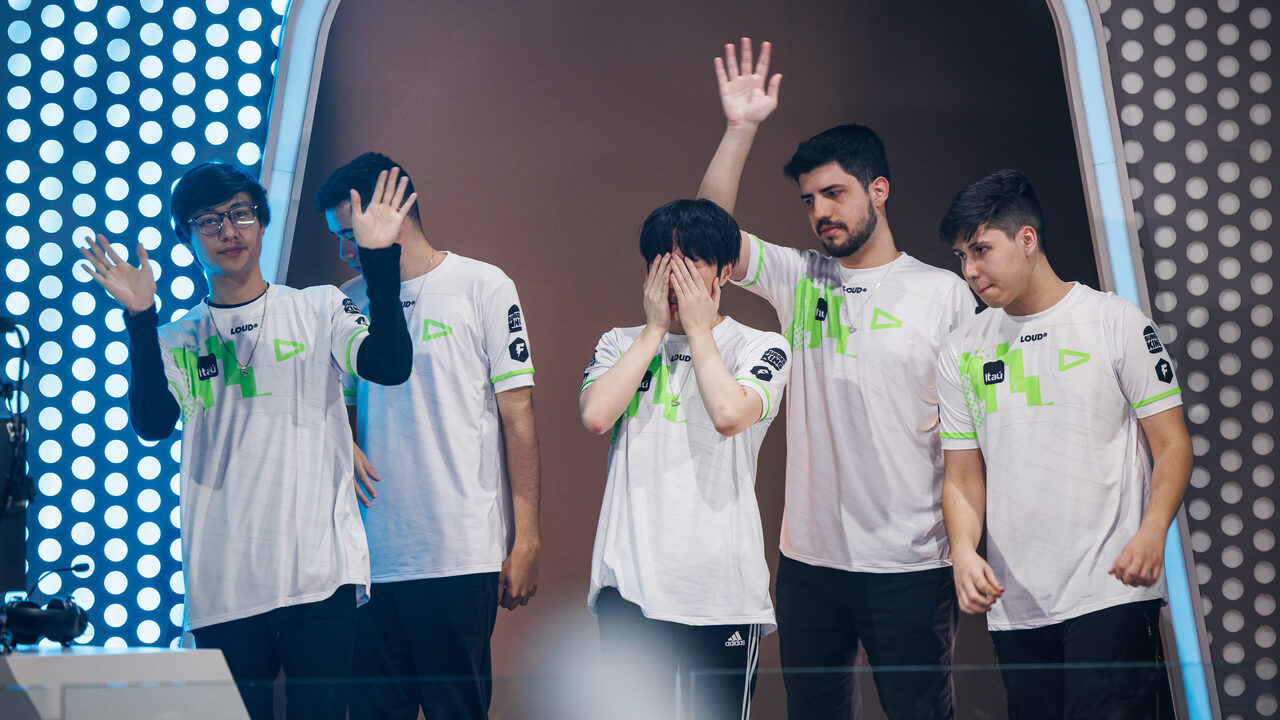 LOUD’s jungler, Croc, in tears on Worlds 2022 stage as he might leave for military service

South Korean jungler Park “Croc” Jong-hoon tearfully exited the Worlds 2022 stage after LOUD lost to DetonatioN FocusMe, and it went beyond disappointment at the loss: the series may have been the last of his career as he nears the age of mandatory military conscription in South Korea.

The Korean jungler shared a poignant series of Tweets where he was grateful to LOUD, and where he revealed why he might have to leave them (and competitive League of Legends).

Croc primarily played in regions outside the big four after a stint in LGD Gaming in 2016, and he has experience in the Oceanic and Brazilian scenes. However, just as he may have found a place he could call home in competitive League of Legends, he may have to leave it—potentially to join the military.

“I love my teammates so much that I wondered if I could meet a better team, team members, and coaching staff during my playing career,” Croc said. “I was very sad about the loss, but now I am in tears at the thought that I may not be able to be with these teammates again.”

Born in 1998, Croc will be 25 in 2023, and he will be much closer to the age limit of compulsory mandatory enrollment (28). As such, the option to stick around for a few more years is there, but he would have to take on a shorter-term deal if doing so. Additionally, contract renewal negotiations can go either way, and he may not be wearing a LOUD jersey despite still playing League of Legends competitively.

Croc’s departure: a huge blow for a well-oiled LOUD machine

LOUD signed Croc as a midseason change, and he has delivered them to Worlds in dominant fashion. Notably, his synergy with veteran support Ceos was in full display at Worlds as they often roamed in tandem, overwhelming solo lanes and thriving across the map. Indeed, Fnatic’s fall to them was not a fluke as the “Bot Gap” extended beyond the laning phase, with Ceos and Croc dominating the map.

If Croc leaves LOUD after Worlds for military obligations, LOUD would have to entice a jungler from another region to join them, unless they can afford a strong Brazilian jungler in free agency. Speaking of which, their bot lane duo will join free agency in 2022 as Diego “Brance” Amaral’s contract expires on Nov. 21, and Ceos on Nov. 30 respectively.

However, LOUD are expected to retain their bot laners and to make a splash during free agency. And it wouldn’t be their first time doing so: in the 2021 offseason, LOUD signed former paiN Gaming stars Leonardo “Robo” Souza and mid laner Thiago “tinowns” Sartori and thrived after Croc’s arrival and Diego “Brance” Amaral’s promotion from the academy to the main lineup.

For more coverage of the 2022 World Championship, please head this way.