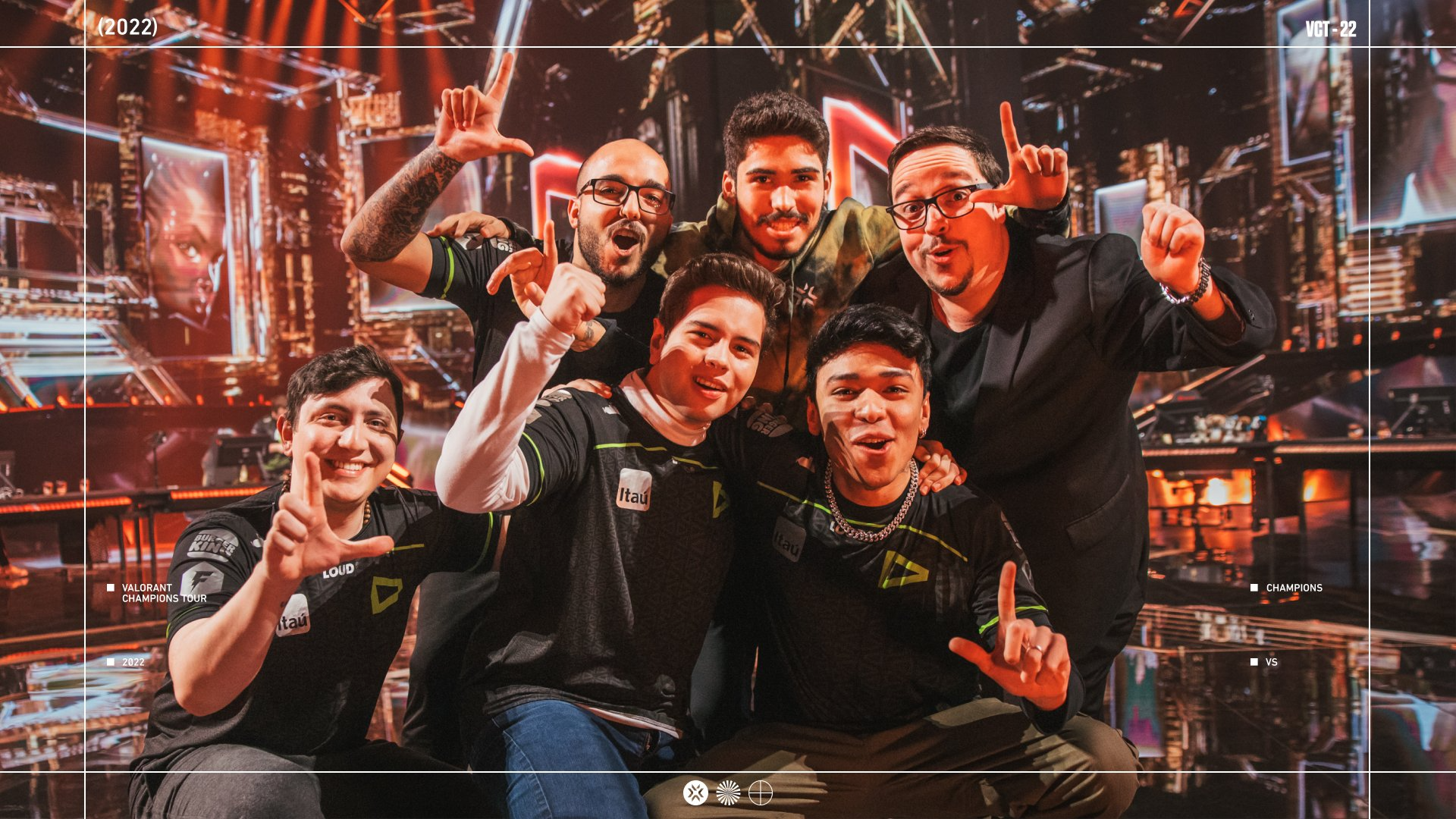 LOUD are your 2022 VALORANT Champions winner

In what was a thrilling final, it was Brazil’s LOUD who were crowned the 2022 VALORANT Champions winner; coming out on top versus North American titans OpTic. It marks the first VALORANT LAN event won by a team, not from EMEA or NA.

It’s not the first time these two teams have faced each other in a final. LOUD was the loser in the Masters 1 Reyjkavik final, where OpTic claimed their first LAN win. LOUD will now go into the first tournament of 2023 in Sao Paulo as both home favorites and defending champions.

The final was closely fought until its final map, where LOUD made all the noise to shut OpTic down when it mattered.

LOUD’s first pick of Ascent went all the way to a 16-14 overtime in which they were the victors. Yay as per usual fragged out on the side of OpTic, but it wasn’t enough for them to claim the map as victors. Both halves finished 7-5 in favor of the Defender sides.

Overtime went back and forth for the first two rounds of it, with yay making a huge play sneaking through Garden to get a triple kill upon Heaven.

The play wasn’t the mental crusher he’d have hoped for, however, with LOUd responding strongly to take the map 16-14. Sacy had a huge map on Sova, finishing 32-15-14

Optic picked Bind first, the map they are considered by some to be the best in the world on. They showed it too, dismantling LOUd for a 13-6 victory. They were 10-2 up at the halftime switch.

LOUD’s playstyle on Bind is incredibly effective, which allowed them to do so. They excel at isolating the first duels in a round and then swarming the remaining Defenders, swinging as a pack rather than ever allowing themselves to be singled out. OpTic had learned this days prior in their previous match, however, and countered extremely well.

Loud attempted to mount a comeback on their Attack side after again falling 10-2 at the break. The pick of the bunch was aspas’ 1v3. After yay whiffed on him in mid, he went through to Victor’s successfully defended A site and tore the remaining OpTic players apart with a swift 1v3.

The round might’ve given LOUD the confidence they could come back into the game, but unfortunately, OpTic proved to be too strong and swept the remaining three rounds to take the map.

LOUD’s second map pick of Breeze opened with OpTic looking insanely strong. The NA side stormed to a 5-0 lead as they cut down LOUD repeatedly with aggressive play after aggressive play. Even when LOUD managed to get to the site, they were met with plays like this out of crashies.

OpTic’s downfall was ultimately the economic damage they were doing to themselves to maintain this playstyle.

When LOUD got their first round to make it 5-1, OpTic was instantly forced into a force buy. Crashies had a Guardian while yay had just his Tour De Force to rely on. Fortunately, though, Victor’s dropped Operator allowed him to defend the B site to win the round.

This didn’t eras the economy issue though, and, as LOUD won the next round, they were instantly back in the game for a 6-6 half.

LOUD’s retakes were incredibly strong in the second half, isolating OpTic’s post-plant setups repeatedly in their man advantage scenarios. It was this strength that allowed them to take the map to overtime.

The biggest difference, however, as LOUD took the map 16-14, was that the whole LOUD team finished positive. On the flip side, Marved and FNS both had stinkers, finishing 11-22 and 8-21 respectively.

With it all to play for, OpTic went into their second pick of Haven with their much-criticized Phoenix comp. Although Victor top fragged his side with the agent, it didn’t pay off, LOUD ended the series with the most dominant map of all.

Once again, every member of the LOUD side went positive as they finished the first half 7-5 up thanks to a strong Defender side. Saadhak’s pick of Breach was a constant nuisance for OpTic in post-plant scenarios.

Pancada and Less were also stars on Omen and Chamber. Pancada consistently found space across the map with well-timed lurks, while Less was able to use his kit to maximum efficiency, including an ace on the Attacker side.

Just as their Defender side had been, LOUD’s Attacker side was incredibly strong. Pancada’s lurks allowed them to find the space that had been created by the rest of the team and put LOUD in excellent positions to win the rounds.

When it got desperate, OpTic often responded with stacks and force buys. It was this decision that arguably played them out of the map, leaving them with too little to attempt to get back into rounds in retake scenarios. After five dominant rounds, LOUD took the map 13-5 and the series 3-1.

LOUD’s win makes them the first team outside of NA or EMEA to win a VALORANT LAN. This is particularly notable considering the first event of 2023 will take place in Sao Paulo, in their home nation of Brazil.

What’s next for both teams is unknown, however, as news about franchising is yet to come out.

We hope for the sake of VALORANT though that both teams are chosen for the Americas franchised league. Not only have they had an excellent rivalry over the past couple of years, but they’ve also shown themselves to consistently be two of the best teams in the world as well.

Here are the final map scores: