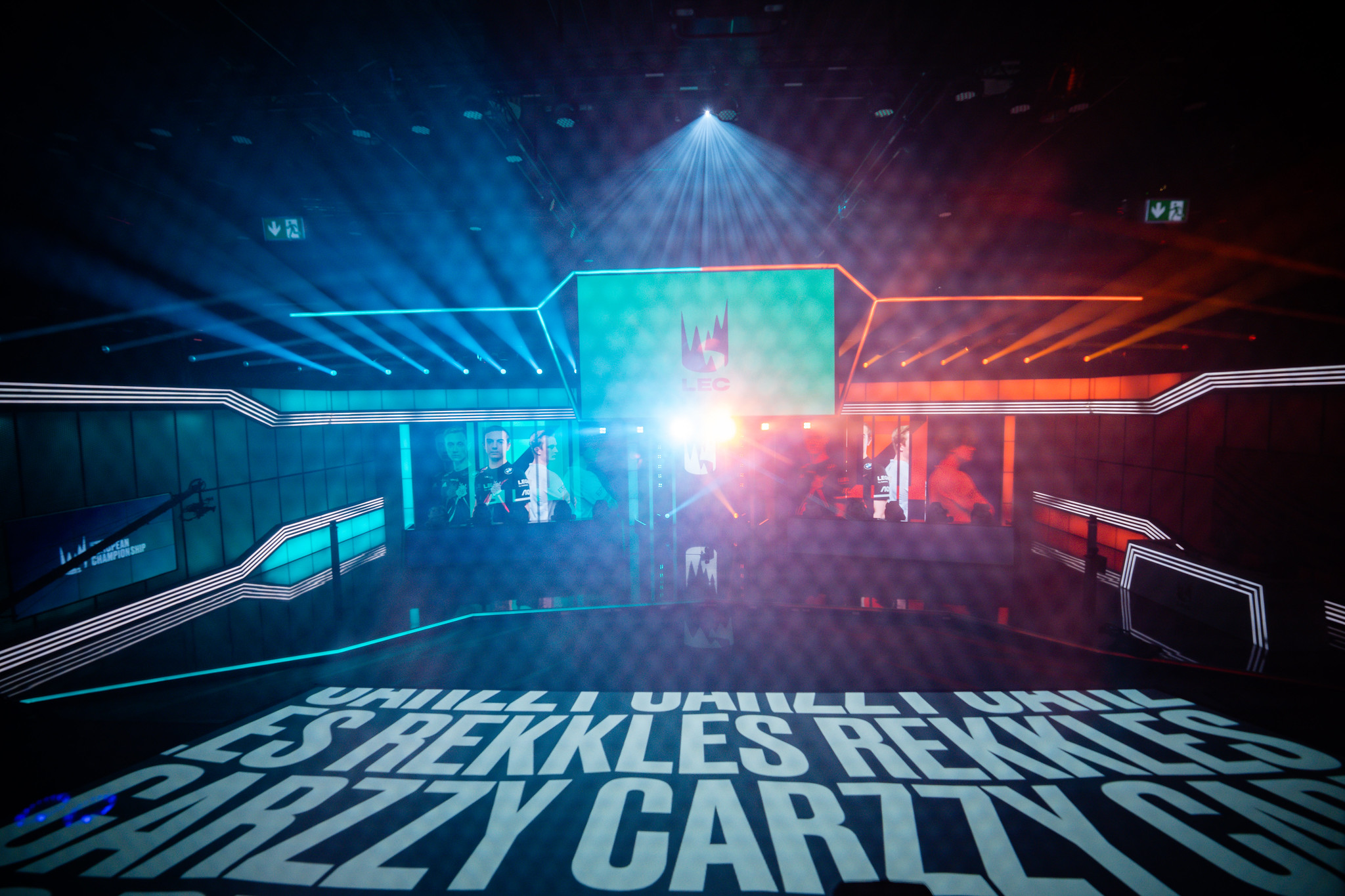 As the 2021 LEC Summer Split's first week reaches its term, several teams jockeyed for positioning in the standings. With Excel Esports and SK Gaming in rough shapes (0-2), their quest for a victory continued. This, and more, in our recaps below:

Both teams possess ample amounts of diving tools to ruin carries' lives and enough movement tools to avoid disaster. With strong scaling picks across the board, macro is set to be the difference maker.

Initially, Kryze's mispositioning and lack of Flash on Wukong gave Schalke 04 an edge, with a quick First Blood and a successful gank for Broken Blade's Viego. At the eighth minute, he coordinated a Teleport play with the bot lane for two more kills, standing with a 3/0/1 KDA score.

However, EXCEL turned the corner as Dan and Denyk's map roams thwarted Schalke 04's plans. After a quick countergank in the mid lane (9:00), they escalated hostilities with several skirmishes and superior team fight coordination.

Eventually, a disjointed S04 squad caved in. EXCEL claimed a 3-for-1 in the bot lane and Baron Nashor (21st minute), ambushed S04 on its respawn to the tune of three kills and the second Baron (29:00 to 30:50), then aced them on the game-ending push in the mid lane. In the process, Dan contributed to 12 of his team's 14 kills.

A classic Schalke start to the #LEC Split pic.twitter.com/YFHqtH7YAx

With Misfits Gaming and Team Vitality hurling power picks into their draft (especially Akali on Vetheo), Vitality's Kog'Maw pick may prove questionable. As both teams have great diving options, the odds of Kog'Maw's survival hinge on perfect peeling from Selfmade's Udyr and Labrov's Braum.

Misfits controlled the early game and forced Vitality to react to their moves. After a jungle invasion, several top lane towerdives, and a key team fight at the 15:20 mark, the team secured a 3.5k gold lead by the 20th minute, with most of the gold allocated to Vetheo's Akali and Kobbe's Tristana.

Misfits are diving the Kogmaw like you told them to! I bet you're proud

How pog was that Renekton am I right?

Astralis's siege composition has some merit, but their bans spelling "GRATS" may be ominous: hard engage compositions, such as the one designed by MAD Lions, dismantle them in the early game and do not allow for them to scale.

Although MAD Lions dominated the map game in the first 20 minutes, they traded initiatives with a feisty Astralis. Indeed, Astralis responded to MAD's targeting of the bot lane with roams and Teleports from WhiteKnight's Lee Sin in particular (4/0/1 at 15 minutes).

Eventually, MAD Lions' lead ballooned to 6k gold, at which point they were confident in their abilities to control neutral objectives. And it was warranted: a 2-for-0 fight at Baron Nashor  at the 22nd minute was the beginning of Astralis's end. A desperate Dragon takedown at the 26:30 mark only hastened Astralis's loss (via team fight), the game ending at the 27th minute.

Not too bad for a first week back with 3 days of practice eh?🤨

Massive shout out to @mad_kaas, @MadLadPad and all of our staff for taking the helm while I'm in quarantine, they're doing a great job!#goMAD

Provided both teams scale unimpeded, G2 Esports and SK Gaming's compositions excel in differing settings: G2's all-out brawling gives them an edge in the open field, whereas SK Gaming's siege tools through Nidalee and Ezreal are assets around choke points and set objectives.

With Jankos's assistance, G2 secured overwhelming leads early in the mid and bot lanes. Although SK mitigated the bot lane lead (until Rekkles and mikyx were free to roam), their mid lane woes required them to take short-term losses in favor of scaling. As such, G2 Esports secured a 3k gold lead by the 21st minute (3-2 in turrets, 3-0 in dragons, and 2-0 in Rift Heralds).

Eventually, G2's team composition reached its critical point before SK's, the lead too sizable for SK to resist by the 20-minute mark. Despite SK's bold denial of the Cloud Drake soul, G2's two kills in response allowed them to claim Baron Nashor at the 22nd minute, then the Nexus by minute 27.

Bwipo's complementary jungle champion choice stabilizes Fnatic's lategame, especially if he is left to his devices as his teammates set up team fights. However, Rogue have the tools to punish them if they misposition at any point, particularly around objectives.

Fnatic targeted Rogue's laning phase as they stood to gain from a prolonged game. Bwipo's Teleport usage provided significant advantages up top and in the bot lane, whereas Hans sama's coordination with Inspired (Ashe with Rumble) netted crucial response kills. As a result, Fnatic forced Rogue to play to their pace.

Fnatic's much improved coordination proved decisive in setting up skirmishes netted them several neutral objectives, Baron Nashor being the most important (20-minute mark). Fnatic's lead in gold and Experience Points proved determinant as they started Baron Nashor at the 27-minute mark upon respawn, leading to a 5-for-1 ace and Fnatic's first victory.