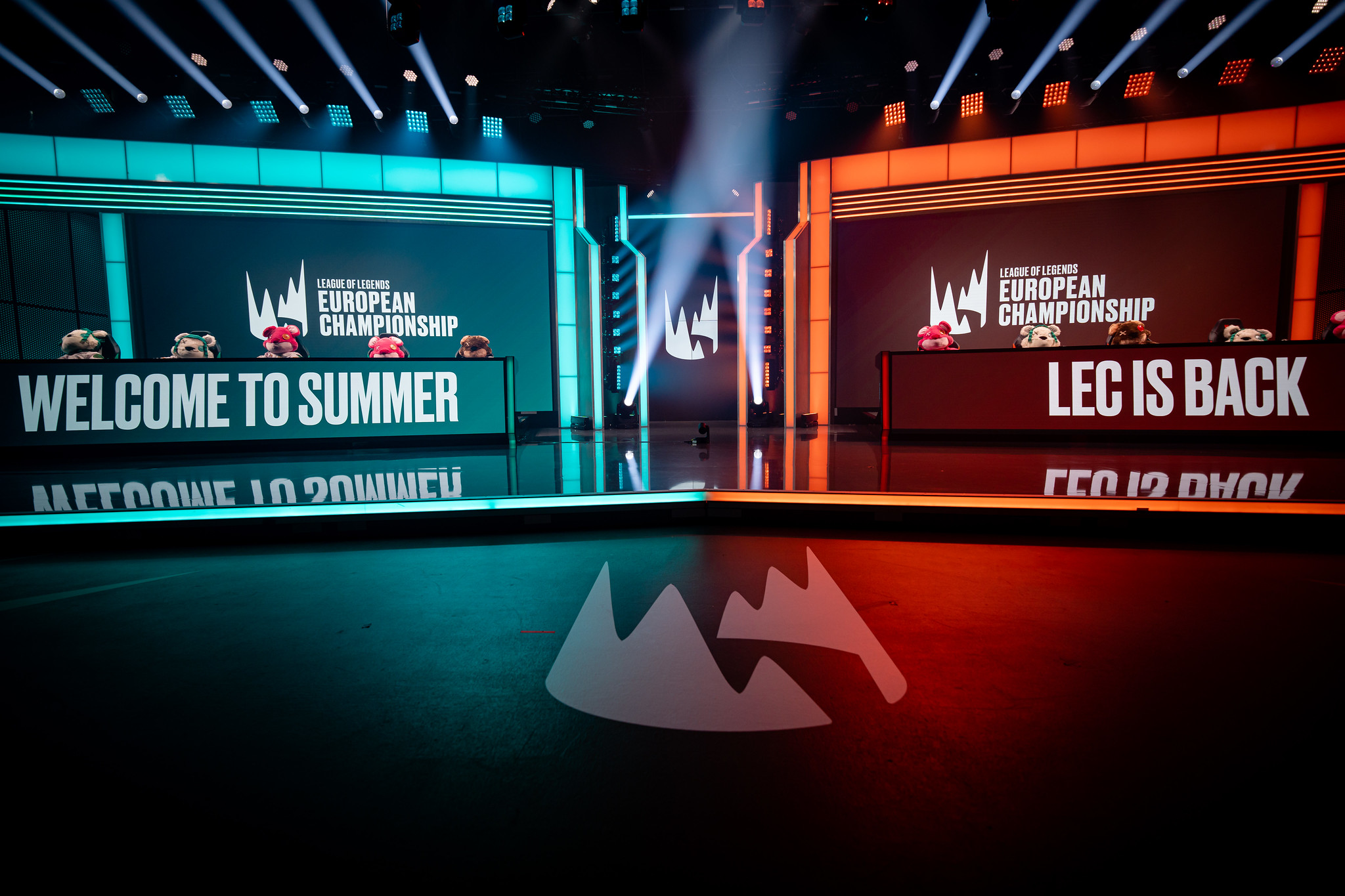 Another day of LEC, another set of freshly served game recaps available at your fingertips. As MAD Lions and Fnatic prepare to face one another in the game of the day, other games are taking place. Stay tuned for more updates.

Although both team compositions thrive in extended skirmishes, they also feature strong dive elements in Nocturne (for EXCEL's Kryze) and Akali and Lee Sin (for Astralis). If Astralis are allowed to skirmish, the game may end before EXCEL can taste a late game stage.

EXCEL and Astralis traded initiatives and wound up in a stalemate situation in the mid game. Although Astralis was ahead in Dragon and turret takedowns by the 20-minute mark, EXCEL's focus on roaming, skirmishing and pressure kept them on their toes. At the 21-minute mark, both teams held a 35k gold tally each.

As both teams showed better gameplay than their Day 1 selves, it came down to team fight execution—and Lee Sin and Akali came alive, securing a 4-for-0 trade and Baron Nashor at the 22-minute mark. WhiteKnight's Lee Sin (3/0/7) was synonymous with EXCEL's undoing, as EXCEL's last stand received a flurry of kicks, the nexus following suit after 26 minutes. And once again...

As both compositions relatively lack guaranteed means of initiation or deterrence to bust through enemy defenses, the game may come down to brawls at all stages. The later the game goes, the more unpredictable it gets; Misfits' scaling matches that of SK.

As the junglers busily farmed camps, Twohoyrz's Lucian held priority in the lane and roamed towards the top lane. As a result, he scored two kills on Viego before the 10-minute mark, and another with team assiatance around a respawning Rift Herald at Minute 19.

From then onward, SK's mid-game setups and skirmishes around Treatz's Lillia became their lifeline, with Gwen's Hallowed Mist serving as a deterrent. But Misfits' Drake priority would be their downfall, with a decisive 2-for-0 team fight and follow-up: the Drake, and Baron Nashor fell at the 26-minute mark.

Despite fumbling their Baron siege in the bot lane, Misfits eventually prevailed as SK's blunders piled up. After a quick kill near the Dragon, they captured the Cloud Drake soul (31:40), destroyed the mid lane inhibitor, then capitalized on Jenax's eager Teleport flank to isolate him and his teammates. Thus fell SK's nexus.

Rogue's team composition combines solid laning and great front-to-back team fighting, with Gragas serving as a major disruptor to Gwen's schemes. On the other hand, Team Vitality's skirmishing and high late-game damage output could undo Rogue's efforts at getting into the late game.

However, neither team waited for lategame to start the hostilities, as Rogue led 4-3 on kills at 7:00. From Selfmade's repeated ganks on Larssen to Odoamne's early teleport in the bot lane to secure a significant advantage there, skirmishes came and went. Rogue's focus on the bot lane eventually ballooned into a 6k gold lead at the 16-minute mark.

However, as SLT's Gwen awakened with two solo kills, so did Team Vitality's hopes. In a sequence at the 20-minute mark, SLT killed Larssen in the bot lane, then teleported in the mid lane to secure more kills and Baron Nashor.

Commendable as Vitality's resistance was, it took a few well-aimed Ultimates from Inspired's Gragas to undo their efforts. Two decisive team fight victories (30:40 around Baron, and 33:00 around Dragon) was all it took from Rogue to eke out the W.

Holy shit we just lost our first game, time for FFA deathmatch at the office

G2 Esports' dive heavy composition mirrors that of Schalke 04 Esports, but has the added safety of a Tristana. On the other hand, Kog'Maw's lategame threat is a likely target for G2 in the early-game, lest the game become League of Kog'Maw.

G2 Esports and Schalke 04 split the map—with S04 Broken Blade taking over the top lane before Level 6, and G2 Jankos ganking the bot lane over and over and securing Dragons. Eventually, both teams had vulnerabilities at the 20-minute mark: Wunder's Sett became a liability, so did Neon's Kog'Maw.

Despite G2's best effort—even including a team fight victory and the Infernal Drake Soul in the 21st minute—, Broken Blade's Nocturne overwhelmed them. His contributions and Ultimates in S04's team fights around Baron Nashor (23:40) and Elder Drake (28th minute) were the catalyst behind S04's victory, one they secured after claiming another Baron at the 30th minute and the Nexus at the 32:06 mark.

Leave it to IWillDominate to chime in on Wunder's performance:

I mean Burning Crusade was just released so...

MAD Lions and Fnatic wasted no time to assert dominance: their drafts scream all-out war. On one hand, Fnatic hold a strong late-game team fight composition with Orianna, Kog'Maw and Lulu. On the other, MAD's Renekton, Volibear and Akali picks scream dive from a distance.

Fnatic were never known to shy away from challenges, and their early-game—particularly Adam's on Olaf—attested to that. For a time, they stood a fighting chance, with their bot lane scoring a 1-for-0 and Adam scoring two quick kills on Armut's Renekton.

However, MAD's coordination was too overwhelming. Starting the 12th minute (and an invade that turned into a 3-for-0 dive bot), MAD roamed as a pack and picked Fnatic's players apart, using great vision to that effect. For a time, they seemed to roll over their opponents, with a decisive Baron Nashor takedown and 4-for-0 team fight at the 22-minute mark.

But then, Fnatic awoke in the late game, orchestrating scrappy plays in their jungle to slow MAD's advance—with Upset's Kog'Maw reaping benefits at every turn. It showed on the kill score, which went from 14-6 to 20-15 by the time the game ended at the 35th minute. But try as they did, Humanoid's Akali was too much, with a decisive game finish in a 2-for-1 and the Nexus takedown.