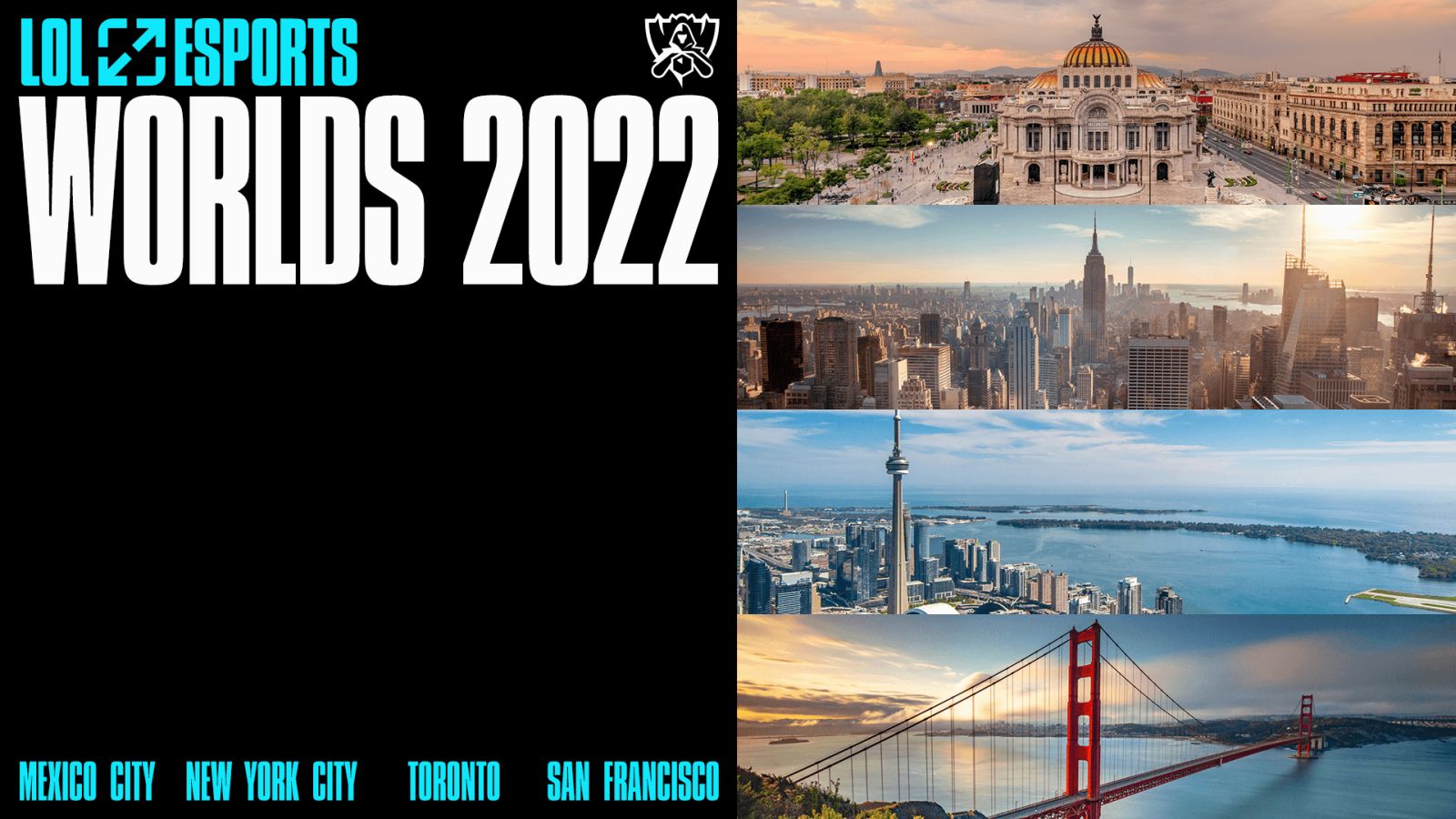 As the League of Legends competitive summer season reaches its term, many teams across the world are set to qualify for the 2022 LoL World Championship.

The following teams qualified for Worlds, and we have since moved to the Group Stage in our Worlds coverage. As for the schedule, you may find it at LoL Esports.

However, if you wish to find out how the teams made it in the first place, this is the place to be.

Seeding of teams qualified for Worlds 2022

How teams qualified for Worlds 2022

The method varied depending on the competitive region: some teams must be at the top of their region, whereas others can rank in the Top 2, Top 3, or Top 4. Teams can qualify from 11 regions to potentially reach Worlds.

Due to the ongoing Russo-Ukrainian War, the League of Legends Continental Championship (LCL) was canceled. Without a team to represent them, Riot Games has given their slot to the best performing major region without a fourth slot (Europe).

G2 Esports qualified for Worlds directly when they secured the #1 seed in the 2022 LEC summer playoffs, guaranteeing a Top 4 finish at worst. As Europe received an extra slot, four teams could qualify for the event. However, they secured a Worlds group stage ticket after beating Rogue on Sep. 3, and they are on track to claim the #1 seed for the LEC on Sunday, Sep. 11.

Rogue qualified for Worlds on Aug. 27 after they beat MAD Lions in a tense five-game series. Moreover, they locked a Top 2 LEC seed on Sep. 10 after beating Fnatic 3-1.

Fnatic secured their Worlds ticket the hard way: through a huge upper bracket run. They beat Excel Esports in a reverse-sweep, then crushed Misfits Gaming and MAD Lions before hitting a snag against Rogue. Their third-place finish sends them to the Worlds play-in stage.

MAD Lions (LEC’s #4 seed, play-ins) were decried for reaching the World Championship without winning a single bo5 series, and the tournament’s layout is to blame. However, their summer regular season run locked them in the #2 seed, and they locked a Worlds spot when G2 beat Misfits in the first round.

The LCS is the sole major region without a fourth Worlds spot, owing to better international performances from the other three. As such, they have three spots for Worlds 2022.

The top three teams from the LCS Championship will go to the LoL Worlds. The finalists (#1 and #2) will go directly to the main event’s group stage, whereas the third-place finishers will headline the play-ins.

On Aug. 28 (Aug. 27 in North America), 100 Thieves qualified for the LCS Championship’s winner bracket finals, ensuring that they cannot finish lower than third overall. As a result, they also qualified for the 2022 League of Legends World Championship. Later, Cloud9 joined them in the winners’ finals.

Eventually, Evil Geniuses joined them on Sep. 5 (Sep. 4 in North America) in a nail-biting 3-2 series, ensuring their participation at Worlds after reaching MSI earlier this year.

One of the favorite regions to win Worlds 2022, South Korea’s ever-competitive circuit will yield four teams. Three teams will go directly to the group stage, whereas one team will likely crush participate in the play-ins.

The only straightforward seed, South Korea’s top seed, will be the 2022 LCK summer split champion. The region’s second seed will be the highest Championship Points scorer.

From there, the next four Championship Points scorers will battle in a gauntlet for the two remaining spots—the LCK Regional Finals. The regional finals winner will claim the third seed, heading directly to the group stage, whereas the loser may rampage their way through the play-ins.

As of Aug. 21, 2021, due to how Championship Points work, Gen.G and T1 are mathematically qualified for the 2022 World Championship’s main event. The two teams will represent the LCK as the #1 and #2 seeds respectively, after Gen.G crushed T1 in the LCK finals.

During the regional qualifiers, DWG KIA recovered from their LCK playoff setbacks and locked the LCK’s third seed on Sep. 1 in a swift victory over Liiv Sandbox. Later, Kim “Deft” Hyuk-kyu’s DRX also overcame Sandbox on Sep. 3, snatching the #4 LCK seed out of seemingly nowhere.

The other heavy favorite region to win it all at Worlds 2022, China’s LPL could argue that its Top 8 teams could crush teams outside their LCK rivals. However, only four of them can make it to the major international event.

The format is the same as in South Korea’s LCK: the LPL summer champions directly qualify for Worlds as China’s top seed, and the highest Championship Points scorers of that region accompany them as the second seed.

For the remaining two seeds, the four best remaining Championship Points scorers play in a double-elimination bracket. The winner of the upper bracket matchup advances as the third seed, and the loser bracket finals winner claims the play-in ticket.

As of Aug. 22, 2022, TOP Esports cannot finish lower than second in the Championship Points total, behind any eventual LPL winner. Therefore, they are qualified for the Worlds main event’s group stage.

Later, on Aug. 28, after TOP defeated EDward Gaming in the LPL summer split’s loser bracket finals, they guaranteed that JD Gaming will attend Worlds 2022 as well. JDG and TOP will be the top-two-seeded teams at Worlds from the LPL. After the finals, JDG claimed the #1 LPL seed, and TOP claimed #2.

On Sep. 2, EDward Gaming narrowly secured their Worlds ticket as the LPL’s third seed after a 3-2 victory over Royal Never Give Up. Two days later, RNG booked its ticket, LPL’s #4, after a narrow 3-2 over LNG Gaming in a winner-goes-to-Worlds match.

Vietnam will send one team directly to the main event’s group stage, and another to the play-ins. The top seed will be the VCS summer split winner, and the second will be the finalist.

Despite a long absence from international competitive play owing to the coronavirus pandemic, Vietnam’s standing remains high in competitive LoL. They remain at risk of missing Worlds if the latest reports about visa issues prove correct.

On Aug. 31, Saigon Buffalo beat GAM Esports 3-2 in the upper bracket final and booked their ticket to Worlds. GAM subsequently bounced back, secured their ticket, then claimed the #1 VCS spot and a direct entry to the group stage with a 3-0 over SGB.

As is the case with Vietnam, two teams will qualify for LoL Worlds. The 2022 PCS Summer champion will go directly to the main event’s group stage, whereas the runner-up will head to the play-in stage.

CTBC Flying Oyster was a cut above throughout the season and rightfully earned the #1 PCS seed over Beyond Gaming in the PCS finals. As for Beyond, they will feature in the play-ins as the #2 seed.

As each territory has its own region, they will send one team to Worlds each: