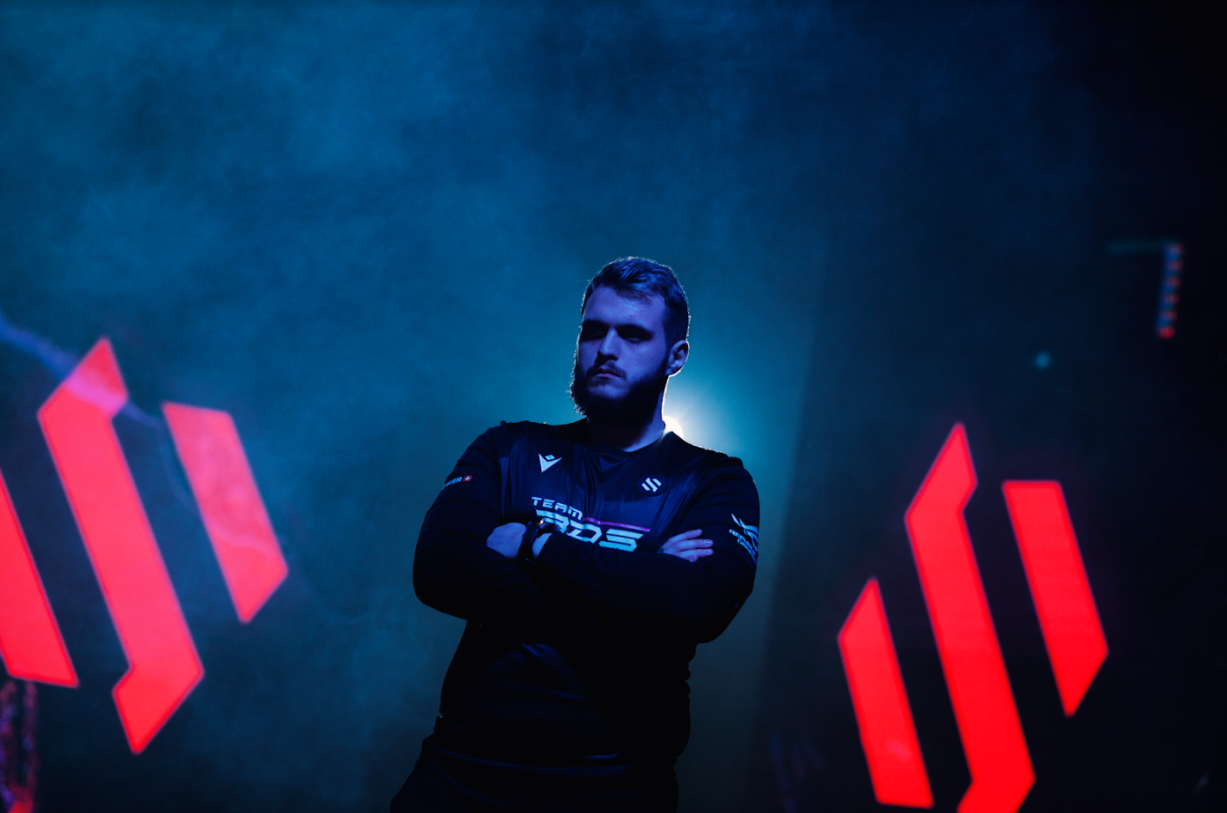 Team BDS had a decent start in their first LEC split. Despite losing 2 out of 3 games, the team showed some exciting gameplay and left us with the impression that a lot can be expected from them going further. After the superweek, the support of the team - Limit, joined Jaxon for an interview. 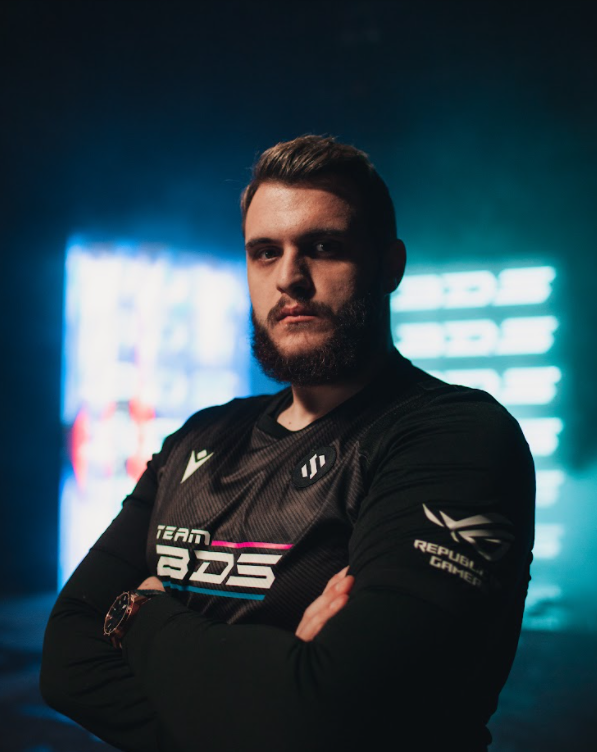 Hey Limit! Sorry for your 2nd loss of the split but I think there were positives to be taken. What are your thoughts on how the superweek went for you?

So, we played three games - against Fnatic, XL and Misfits. I think in all of these games we showed a pretty decent idea of what we wanted to do. It is just about defining and fixing the small details about our game. Obviously 1-2 is an ok start, there are also teams that are in a worse position than us, right? Like the superteam that is 0-3, so that is kind of good, I guess. But still, we all think that we could have gone 2-1 or 3-0. We start with an ok split but it could have been better.

If I am not mistaken, you had advantages against Fnatic and Misfits. It seems like the early game is not a problem.

Against Fnatic, yeah, we were in a favorable position I would say but we got lost in what to do. Against Misfits, I considered this game to be over at like minute 6. I thought we had a really good draft and in top, Adam solo killed Hirit 2-3 times. We killed both and I really thought this game should have been ours. The game that I think we shouldn't have won was the XL one. But it's a Bo1 and stuff like this happens all the time so we just take it.

It has been a while since Soraka was picked in the LEC. Can you tell me a bit about this pick and why did you go with it?

I mean the moment this game ended I felt a sigh of relief. When I look at it now, it's a pick with an idea - I will heal Corki's poke and more but I remember during the drake fight, Jinx and Corki's rockets hit me and I was instantly dead. I think I could have maybe gone with a better support pick than Soraka and It would have been an easier game. Maybe some engage or enchanter like Zilean or Karma but it was something that we played a bit in scrims so I just wanted to see how it would go.

I am curious if you had lower expectations personally of the offseason after the 3-15 split with S04? Did you think it would affect your chances of playing in the LEC again?

Not that much. It is hard to blame anyone specifically for that 3-15 split. I think we were just more of a collective and those five players did not fit that well. This happens all the time, you could have five good players but the team just does not look good. It's not working and you cannot fix it. When you go on a 5-6 game losing streak deep into the season, players mentally give up. I wouldn't think it impacted me that much. Obviously, there are people who would just see the result and think - the team that is 3-15 has the worst player on each position, but it doesn't really work like that. I think I did ok despite everything that happened. I wasn't too worried.

Now you are on BDS, how are you feeling about the team? How is the atmosphere?

BDS is a nice organization. I like the people here and we also have some people coming here from Geneva. I like the atmosphere and we are supported here. They renovated the office and they fix any problems we might have, like housing etc. I am really happy in BDS.

And about the team? Were you able to bond in the short amount of team before the season started?

Yeah, we did a boot camp in December, which is a tradition for most of the teams. It was a two-week bonding time just before Christmas. I think we all clicked, we can all talk to each other openly. After our loss against Misfits, we did up to an hour reviewing the game and we talked a lot about how we should proceed for next week. I am happy with how we bonded.

As the member with the most games on the team, are you taking the veteran role?

It is kind of understood that I should be taking it, yeah. I try to give some advice here and there because I also know how it feels to play LEC for the first time. Obviously, it is a lot of pressure and it is a different type of experience compared to playing EU Masters or Regionals.

You have a young roster but also one of the most experienced coaches. Combining those two, what would be the goal for the Split and the year overall?

For the Spring Split, I would say that we want to get in the playoffs and then we can start working from there. I can give you the most PR answer and say that we want to go to Worlds. Sure, but right now we want to take it step-by-step. Learn something new every week and see what's up. We want to implement the things that we learn into our gameplay and once we get to the playoffs in Spring, maybe we could make a deeper run. Then, we can start thinking about Summer where your goals should be similar to your Spring results. It's not logical to finish 10th in Spring and then aim for Worlds. It's such a big gap that anything you do will disappoint you. For now - going for playoffs in Spring and we will take it from there.

Speaking of the playoffs in Spring, which teams do you think will be your biggest rivals for the playoffs spot.

I am not sure. I think XL and Misfits are probably going to be our biggest competitors. I think those two teams will be in a pretty close fight with us for the playoffs spot. I am not sure if it’s going to be the 5th or the 6th spot, maybe all of us make it, who knows? Given the current circumstances and how the ratings are of each team, I would say those two are probably the biggest hurdles that we have to go through.

Can I get a small opinion on the game between MAD and SK, if you have seen it?

I don't know... I thought our games were messy but this game was the messiest of them all. I couldn't actually believe that you can take 3 or 4 Elder drakes in one game. It's just crazy. But honesty, that is just LEC Spring, anything can happen. I am sure that if this league was a Bo3 we would have much different results compared to now.

Would you prefer it to be a Bo3?

Of course! I think every single player in the LEC would prefer a Bo3 format. Bo1's are easier for the audience to watch but there is no question of what Bo3 would do for the regular season. You would see a team winning most of their games and think that they deserve to be in the playoffs but in Bo1 it's different. There were situations where you would think that a team is in the playoffs just because of the one-game format. They managed to squeeze in some games, another team had a rough start, and other factors appeared. It can be a rough trend for a team if they keep losing those Bo1's every single week without having the chance to fight back in the game after. Let's say we play a game and we lose. We would have a 10-minute review which would allow us to review and try to fix our mistakes. I am not saying we will for sure turn it around but we would definitely approach the game differently and learn way more. Changing from Bo1 to Bo3 is something that I would really love for the LEC to do and I think every player in the league would appreciate it as well. But for certain reasons, it might not be possible, which is sad.

What is your opinion of season 12?

Honestly, the game is pretty weird. I feel like with every season going by, the scrim games become more and more different compared to solo queue. It is really hard to find a really good use from solo queue and something you could apply to your scrim games. I wish Riot could give a license to a platform that so we could make a highly professional, almost scrim-like environment where I am not wasting 5 of my scrim games playing against Fizz one-trick ponies or something that is never going to happen. I think the biggest problem of season 12 is the damage curve. I don't know if you have seen Nemesis's video on Twitter, comparing the seasons. The damage in this game needs to be cut by 15-20 %.

And how is the support role feeling right now?

I think there are a lot of supports you can play right now. Obviously, there are some combinations are that op but that's basically every patch having flavor of the month picks. Some champions are always going to be stronger depending on the meta. I think the diversity is big right now and you can play quite a few champions. I think it's fine.