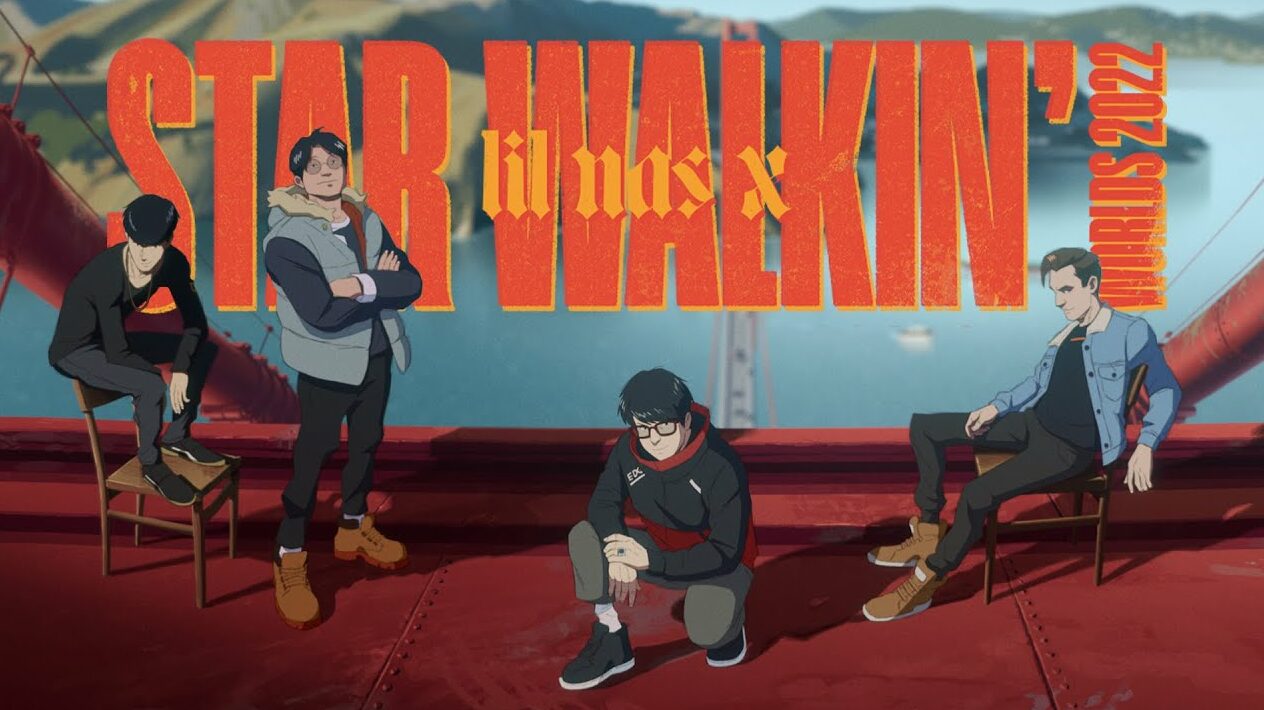 The wait is over, as the 2022 League of Legends World Championship song, Lil Nas X’s STAR WALKIN’, has landed alongside many easter eggs and LoL references in its Riot Games animated video.

The video takes place in San Francisco, where the Worlds 2022 final will be held. Expect to hear this song on repeat until the next World champion is found in early November.

The overall well-received song was officially revealed in a collaboration sketch by Riot Games and Lil Nas X, where the rapper played the new president of the game. This quickly went viral and has helped keep the hype for the song up until today.

Did you spot it? Here are the best references in STAR WALKIN’

Riot Games has kept the easter egg tradition alive in 2022, with STAR WALKIN’ featuring a number of famous players and references to certain teams, leagues, and champions.

It’s followed by a shot in the introduction of a street overview, with all regional league logos painted on the street.

For the less obvious references, the video honor Chovy’s famous Azir with a quick shot of the Emperor of the Sands.

Most teams attending Worlds 2022 are also getting a shoutout throughout the video, but you must be quick to catch them as the video rolls. Riot also shoutouts Romain Bigeard, who is famous for his passionate cheering in various costumes. His most famous appearance was when he dressed up as a unicorn during his time at Unicorns of Love.

For some that are harder to spot, the camera quickly passes by a wall that says “where were you when the West rose up,” referencing the 2019 Mid-Season Invitational where G2 Esports won and Team Liquid placed second.

And now for one of the best, Gen.G’s Park “Ruler” Jae-hyuk was featured in a unique way. In a shot of CoreJJ, a fan holds up a literal Ruler to reference the duo’s time on Samsung Galaxy where they won Worlds in 2017. To do CoreJJ dirty, the fan holds up four fingers to reference the infamous “fourth place” meme for Team Liquid.

There are undoubtedly many other references and easter eggs in this video, so you better go watch it again.

Great artist, banger song, nice video with a lot to discover. The hype for Worlds 2022 is REAL!