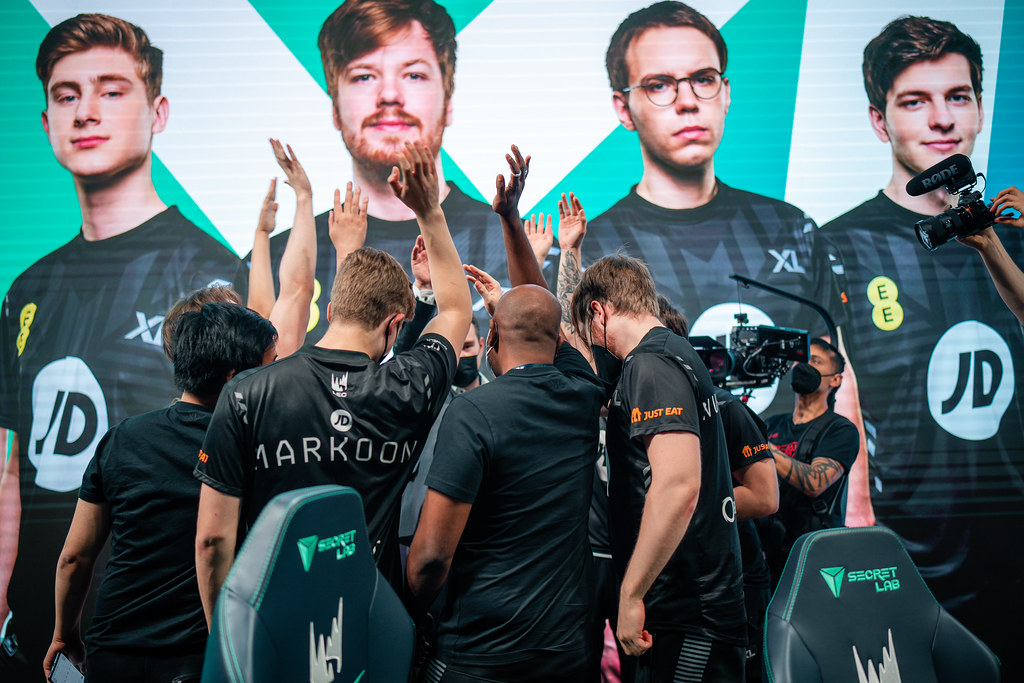 The 2022 LEC Summer split is going full throttle, and the standings are shaping up as expected. However, we have an imposter among us (Astralis) in third place; as we all know, that will change sooner or later. Of course, they will climb the ladder, not drop to seventh.

Meanwhile, Excel Esports and G2 Esports continue their domination, whereas Fnatic and Team Vitality struggle. Despite how early we are in the split, our superteams might not find their footing, and they have a long split ahead. In fact, we are witnessing the same as we did in the 2022 Spring split.

Excel Esports will represent the LEC at Worlds

XL have been one step ahead of the competition as their gameplay shows. From clean drafting to gameplay, it’s hard to match their fast-paced playstyle on the map. Unless you are G2 Esports, who seem to be their kryptonite. Or unless there is a clause in Mikyx’s contract that prevents him from winning against his former team, who knows?

Jokes aside, the Korean bootcamp is paying off. Playing against the big guys has given XL a lot of confidence. They are no longer the old XL that was scared to play: they are here to dominate.

Currently on 4-1 record, XL and G2 share the top spot in the league. It’s a matter of time before they separate themselves from the rest of the pack and control the Top 2.

Fnatic and Team Vitality are NOT going to Worlds.

There was a saying for superteams in the LEC, and it keeps on delivering: they are deemed to fail. At this point, they might be cursed. See: Team Vitality and Fnatic.

As seen in traditional sports, when you have a clash of superstars in a team, it often fails. Inevitably, the trend continues in esports.

Fnatic and Vitality’s performances have been the same ol’ trainwreck, as if nothing changed in the offseason. Even the desire for a change of approach is lacking.

The teams are disjointed and as disconnected on the rift as Vitality was in that two-hour long pause. Their solo queue style makes it look as if they are enemies, not teammates.

If either of them gets a good run of wins, the situation can change. For now, it’s doomed.

At this rate, Team BDS will be one of the biggest “what if’s” this season. They always had a decent early game, but all hell breaks loose when the clock passes minute 20.

Past that point, they unleash the fiesta: their decision-making transforms from a professional-level game to Bronze solo queue. How charitable of them to give away all advantages and falter.

Team BDS could have won at least half of the 18 games that they have lost so far in 2022. Unfortunately, unlike XL, their Korean bootcamp didn’t solve those issues, and the team returned to the LEC the same as in Spring 2022 despite changing their roster. At least, they are keeping the trend like Fnatic and Vitality.

BDS have already lost some of their easier games this split, but they can stand up to the likes of G2 and Fantic. There is time, so why not turn things around?