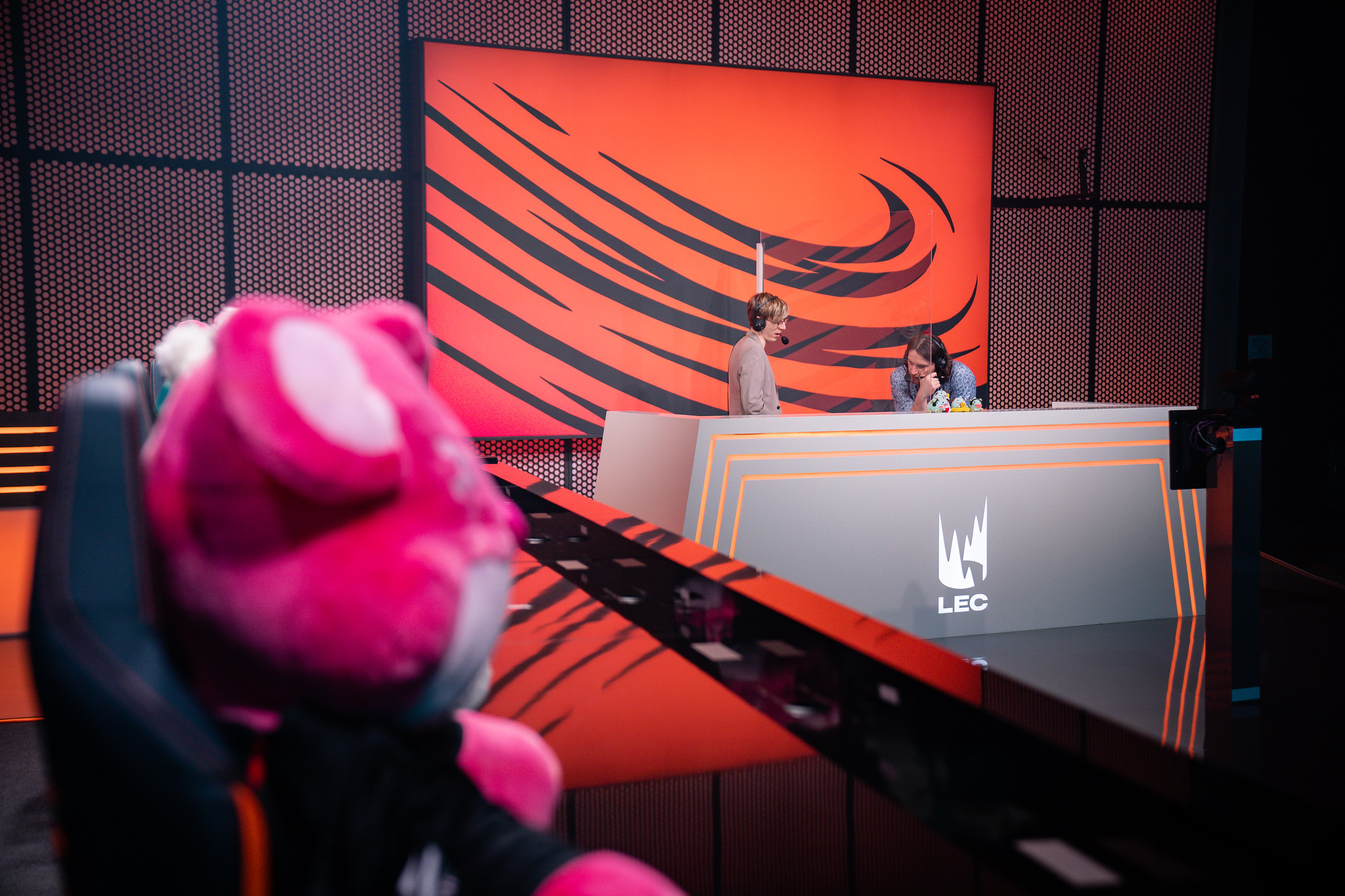 The dust has settled on another week of exciting LEC action, and the participants have answered more questions than they have raised. Ranging from Rogue invoking Crowstorms all over the map, to SK Gaming missing the mark for a second week in a row, the teams’ fortunes have greatly varied—rather predictably.

The power rankings reflect the author’s opinions on how the teams have performed throughout the split, with added emphasis on recent performances as the season progresses.

Although heavily contested, Rogue’s position at the top of the LEC power rankings is no mistake: they have the best gameplay in a losing position so far. Their consistent high-performance level is an oddity in a league where even G2 Esports have proven inconsistent.

Despite losing to G2 Esports after a few coinflips went wrong (especially at Baron Nashor), Rogue’s ability to match their opponent’s pace until the end is auspicious. Indeed, as potential World Championship participants, G2’s ways can help them practice against LPL-like playstyles ahead of Worlds, patching one of their former glaring weaknesses. We can also blame them for the influx of Fiddlesticks players in solo queue—which, at least, has fixed the Gwen problem for Odoamne.

Narrowly edged out by Rogue, but tied with Misfits in first place, G2 Esports are morphing into an LPL team—or something close. Sometimes, they borrow the best out of Nelson’s playbook and Europe’s, combining brawling with macro, as was the case against a Rogue team that matched them. At times, they borrow the worst out of both, brawling nonsensically but winning anyway (nothing new here).

But that is G2 Esports’ charm: nobody knows what to expect from them, but everyone knows that entertainment is the only possible ending—especially when it is at the expense of Jankos. Exhibit one: G2’s playbook, I guess…

"G2 is first, they must have some decent strats..."

Misfits Gaming have turned a new leaf, and there is no use denying it. From the struggling team in the 2021 spring split emerged a powerhouse that may throw ranking predictions in disarray, particularly as their macro catches up to its players’ individual skills. The once borderline clueless team committed to “trusting the process,” and they are reaping the rewards.

Misfits’ team fighting prowess and a somewhat generous schedule have helped them solidify their spot at the top, and they could assert themselves further with clashes against the resurging Excel Esports and Schalke 04 Esports.

MAD Lions had an off-week a week later than anticipated, but this is not cause for alarm yet: unclean as their play seemed at times, they remained lucid overall. Their drop to fourth place is not an indictment to their level of play, but it should be credited to Misfits’ rising level of play and to the relatively even level field in the top five.

MAD’s mistakes are fixable, as they were a few Carzzy misplays away from washing over Excel Esports (instead losing), and had a bit of fun against Schalke 04 Esports in an otherwise assured win using Varus.

playing darts on the rift

Fnatic are on a three-game winning streak, and their weekly improvement could cause dramatic events down the line with the World Championship qualifiers on the horizon. Indeed, as they rally around Bwipo’s map calls in the early-game and Hylissang’s team fighting spark, they are rounding into shape—a bold statement considering that they are playing at a higher level than during the spring split already.

Furthermore, with Adam still improving, Fnatic’s ceiling as a team would follow suit. He remained in high spirits after Excel Esports split the map and focused on the top lane, as he recovered in team fights, but the experience still left a sour taste in his mouth.

Team Vitality are stacked with talent, but they have yet to play a stable early game—partly due to their schedule, facing teams above them in the power rankings so far. In 2016 and 2017, G2 Esports won the LEC despite such weaknesses, but the 2021 LEC summer season includes team that would punish that flaw leisurely.

However, it takes a strong team to derail their early game plans—of which, neither SK Gaming nor Schalke 04 Esports were at the time of their encounters. In addition, considering that they are still in a team-building phase after changing their solo laners and their jungler, things bode well for Vitality as long as they survive Week 3’s games against MAD Lions and G2 Esports.

Hopefully we will be able to perform like we did today in the future games, this is scrim vitality i talked about

Schalke 04 Esports may have fallen against MAD Lions’ poke composition, but their performances throughout the week had merit. One cannot fault a mostly new squad (with a new mid laner and jungler) for faltering against a unit with more chemistry, especially as they work out ttheir late game.

Indeed, Schalke 04’s early game has become more refined over time, leaving room for the players to build synergy, and to get accustomed to executing their assigned drafts. As long as they do not concede too many Infernal Drakes to Varus-Zoe combos, they should be alright.

that's a lot of damage.. pic.twitter.com/bFGfGgq6vd

Newsflash: Excel Esports are not as bad as people thought, if not actually decent—hindsight might be 20/20. With a coach of YoungBuck’s calibre, and a team that made sense on paper with the arrivals of Nukeduck and denyk, it was only a matter of time until they blossomed in the late game.

Although their performances are a notch below those of Team Vitality and Schalke 04, their growth is encouraging. With cleaner play, the organization could secure its first playoff berth ever. As such, a solid showing against Misfits will put them on the map—whether it involves a strong early game or Gathering Storm o’clock. Or Lulu.

I love lulu it's my favorite champion 😍 Gg Mad

Astralis’s early schedule helped them notch two quick wins, but their gameplay has been erratic at times. Although it has mostly worked in their favor (as they forced teams to skirmish and brawl at every turn in Week 2), their predicament in Week 3 is unenviable: Fnatic’s Ultimate Brawling, and Rogue’s clean-cut early game and mid game transitions await.

To their credit, Astralis have identified their midgame as a flaw as Zanzarah noted in an interview with freelance journalist Tom Matthiesen. An improvement on that aspect could send them over Fnatic, as long as they don’t play like the Russian football team.

From now, if someone int my soloq, i gonna call them "russian football team"

The SK Gaming summer split experiment has crashed and burned five games in as, despite their individual players’ best efforts, they are too many steps behind their opponents. Although Lilipp’s entrance into the lineup helps their laning phase, Jesiz’s loss will impact their communication on the short-term.

As many silver linings as there are, SK’s 2021 campaign has been in jeopardy ever since team synergy issues arose during the spring split. There is no band-aid to what they need: a sudden awakening, and a huge confidence boost. Their early-game has been on point overall (except for that Team Vitality game), and Treatz is onto something here.

If we would have Misfits lategame and Misfits would have our earlygame, we would both be in the #LEC finals no?