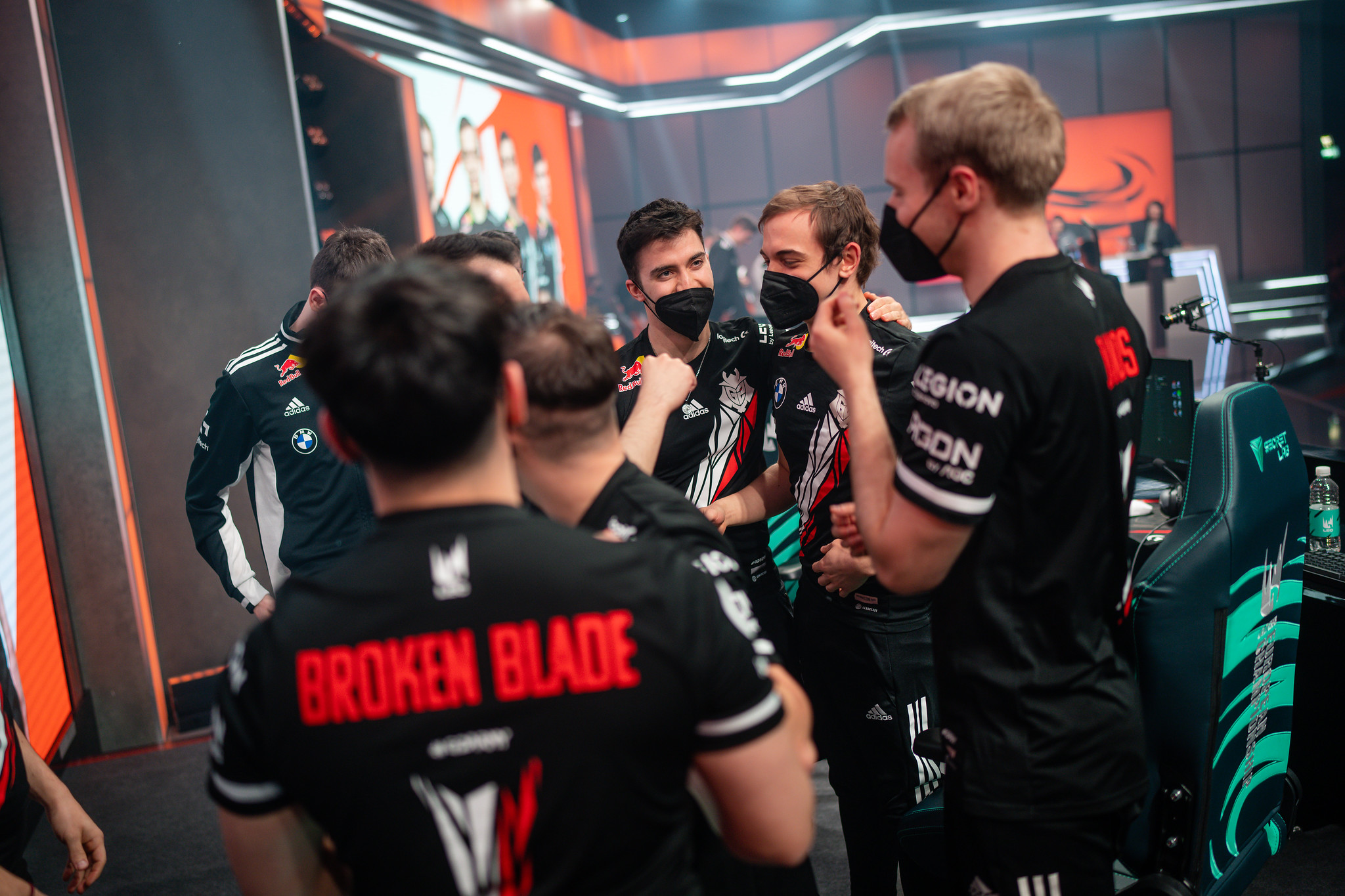 G2 Esports were not in the mood to fool around Gamers2-style. In their utter disregard for April Fool’s customs, they played to their strengths and zoomed to a 3-0 victory.

The same cannot be said of Team Vitality, whose unceremonious goomba-stomping would have elicited 01.04 levels of laughter had it not been such a monumental crash. Especially that Game 3

Our writers, Adel Chouadria and Yohan Markov, have focused on two different sides in the matchup. Understandably, one of them is crankier than the other.

I expected a close series (so did Jaxon, for the record), but all I found was this lousy excuse of a goomba stomp. If that was an April Fool’s joke, it was very poorly thought out.

As much as Team Vitality came on a mission to make it a quick series, the way they did it is questionable. Unlike Vitality, speedrunners in AGDQ/SGDQ win when they blitz through their games.

The mismatch was brutal: Alphari was unable to assert himself on the map as Broken Blade plowed through in Games 1 and 2; 2018-2019 Jankos re-emerged for a bit, with Caps progressively following suit (let’s forget about Game 2); and Targamas and Flakked proved G2’s management right as they stole the show from bot side during teamfights.

Despite that, Vitality would have contended had they been focused and disciplined. Carzzy’s performance throughout the series deserved better than a 0-3 ending, but Selfmade and Perkz’s overly risky plays decided otherwise.

Many questions remain unanswered for a multimillion-dollar lineup as they finished fifth in the LEC spring split, ranging from “was the expense worth it?” to “how can their diverse playstyles come together?” Ultimately, answers will be uncertain or laced with negativity if they fail to coordinate in the summer split as they did during the spring.

Yohan: CR7 Claps has returned, but Flakked and Jankos stole the show

It was the same old Vitality from Spring split: this time, and any other time beforehand, their individual brilliance couldn’t bail them out. Their lack of coordination and many mistakes sum up their Spring split. Something must change there, starting with their awful drafts all split long.

On the other hand, G2 Esports were phenomenal. They were too clean for Vitality to handle. Even when behind, they remained composed and completely outmacroed their opponent. It was as if G2 came prepared for the series while Vitality was planning a one-week vacation somehwere in Dubai.

Caps might not have had the best showing, but the Hextech Soul steal was the highlight of the night. In that moment, he was comparable to Cristiano Ronaldo: he might not show up for the whole match, but he will when the game reaches its most crucial moment.

In addition, the ever-growing Flakked did not play like a rookie and dominated the rift in his ultimate test. He has more room to grow, but G2 is the right place for that. The potential is there as his clutch positioning during teamfights showed.

Then, there is old man Jankos, whose back hurts even more as he continues to deliver when it matters. Seriously, we should appreciate him more, especially as he kept himself in top shape for so many years, gapping his enemies and repeatedly stealing their objectives. Don’t ask Selfmade where that Game 3 Baron Nashor went.

Everything you need to know about the LoL Udyr rework
LoL

T1 sends a message to the fans, asking them to respect player privacy