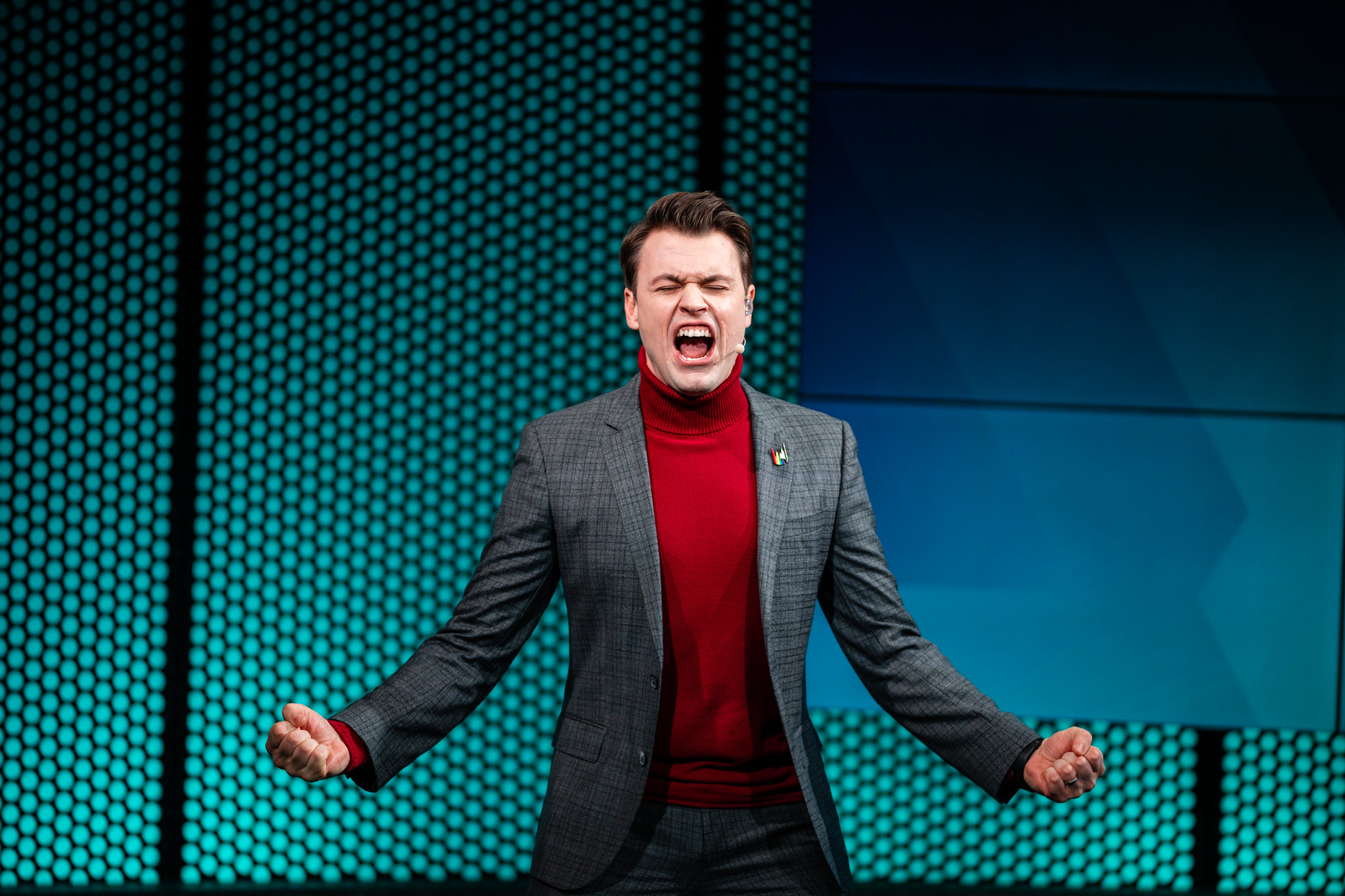 LEC ODDS: Excel Esports in SECOND PLACE? All LEC teams’ odds ahead of the super week

Ahead of the super week, we can only be certain of one thing: no team is safely tucked into its position.

For the four teams that have made it to the playoffs, it's about seeding. Rogue could fall off its first-place pedestal, and G2 Esports could stand ready to take their spot—wait, who?

And that isn't talking about the #SKMiracleRun or of MAD Lions' playoff chances, both of which are alive but are mutually exclusive.

Before we delve into the weirdest cases (over here!), let us look into the future of a few teams and line up what's at stake for each one of them:

In many ways, Rogue have little to worry about: all they need is one win to seal a tiebreaker scenario where they could play for top 3. Anything beyond that takes them into Top 2 territory.

However, because their second-half record would be lower than anyone they would be tied with, they would lose spots on that criterion with most of the teams that score the same number of wins.

As it turns out, Rogue’s 9-0 record in the first half might be their biggest curse as they relaxed and experimented in the second half.

Highlight: according to the numbers, Rogue cannot go to the lower bracket in the first round of the 2022 LEC spring playoffs. Well done!

Fnatic did themselves no favor when they lost against Astralis: two their next three games are against teams vying for second place: Misfits, and Excel Esports to a much lesser extent. And we aren’t including G2 Esports, who are somehow breathing on their neck.

If they beat Misfits, Fnatic pull away from both Misfits and Excel, and secure second place due to how LEC rulebook breaks ties. However, they need to keep tabs on G2 Esports’ situation, on which they have no impact.

Other scenarios get murkier, with one dragging them as far down as fifth place. In short: no slacking allowed.

Don’t let the relatively low percentages of finishing Top 2 fool you: Misfits Gaming are the masters of their destiny. In fact, a victory against Fnatic would snap any chances of finishing in the lower bracket bar freak accidents.

Like Fnatic, they cannot afford to flop, lest the consequences be severe. Unlike Fnatic (who would need to go 3-0 for such a thing to happen), the bunnies’ carrot-less scenarios are far more numerous.

However, considering their recent form, they are likelier to shoot for Rogue’s seat. Although out of their control as they are two games behind Rogue, 8.40% is not negligible.

Congratulations, G2 Esports, for making the playoffs! You may now choose whether you want to go to the upper bracket or risk it all in the lower bracket.

If I were G2, I wouldn’t choose the latter – especially as they are likelier to go to the upper bracket if they play well.

Additionally, as their schedule puts them at the center of other teams’ playoff fortunes, a G2 victory in those games would help other teams potentially make the playoffs. Watch out, Excel.

Can Caedrel cancel Excel’s playoffs? 3.61% says unlikely, but possible. And that is the scary part: they can drop out of playoff contention by going 0-3 and with other games going into very specific ways.

Likewise, Caedrel could instead peer into the future Dr. Strange style and find the specific outcome where Excel Esports “LA LA LA LA LA!” their way to second place. More on that one later.

But it all likeliness, they should be somewhere in the playoffs: all it takes to secure that playoff seat is a single win, one out of three. They are likelier to finish in the lower bracket as is, provided they do their part, or provided that MAD Lions bail them out.

After clarifications from Riot Games' LoL competition manager in the EMEA region, Deniz Günay, we are sad to announce that Vitality's "second-place" scenario is instead a third-place scenario.

Hi. They would have won more than 50% of the games in aggregate against all tied teams, so top 2 and bottom 2 would be separated, triggering two new 2-way tiebreakers.

This is the endgame now, Team Vitality.

There is glory if RNGesus wills it: that third-place finish is up for grabs, and its existence gives incentive to go 3-0 for the final week.

Besides, at worst, showing what the “super” in superteam stands for would help greatly in the playoffs as first place will be less likely to select VIT, possibly landing in an easier matchup in the upper bracket.

Just… make sure to win one game. Just one game at least. You have one job. I don’t want to hear about that 3.13% chance of not making it to the playoffs as a superteam, alright?

Gilius, Gilius, king of Lee Sin, ascend to godhood and grant us this win, that win, and that win, and yet another miracle run—if you can. This one will be more complicated, but Gilius has faced much tougher odds before.

SK’s miracle run is a little easier to pull off than MAD Lions': they have the advantage in any tie that doesn’t involve Team Vitality.

Here is what needs to happen:

If the above happens, MAD Lions cannot chime in: SK would still have the higher record in the second half of the split, rendering any 1-1 head-to-heads useless.

Sixth place is all that matters for MAD Lions: after a disastrous second half of the split, it would take a miracle to qualify to the playoffs.

Winning all three games will not be enough: their outcome needs to fit the following clauses

From there, their 2-0 head-to-head against Vitality carries them directly to the playoffs and ensures fifth place for Excel Esports at least. But they cannot go past fifth due to their record in the second half of the split, as Excel would have won more games than they did.

Admirable as BDS’ first split in the LEC was, there isn’t much they can do at this point. To keep it fair, we gave you the following percentages above.

BDS’ story in the superweek is less about their standing, more about the mess they can cause with some key victories.

These BDS games will heavily impact the playoff picture:

So, BDS, I wish you good luck. Oh, and play your heart out: other teams depend on you to perform. What do they have in common? Almost every single one of them has a player that Grabbz coached.

Memes aside, Astralis has the toughest schedule ahead of them. But for a team that went 3-3 in the second half of the split and beat Rogue and Fnatic on the way, what’s a puny “tough schedule” anyway?

Astralis will play their hearts out. They will mess with the playoff picture like never before:

Beating Team Vitality destroys any chance of second place for Excel Esports and qualifies SK directly to the playoffs if SK went 3-0 and Vitality went 0-2 before the game.