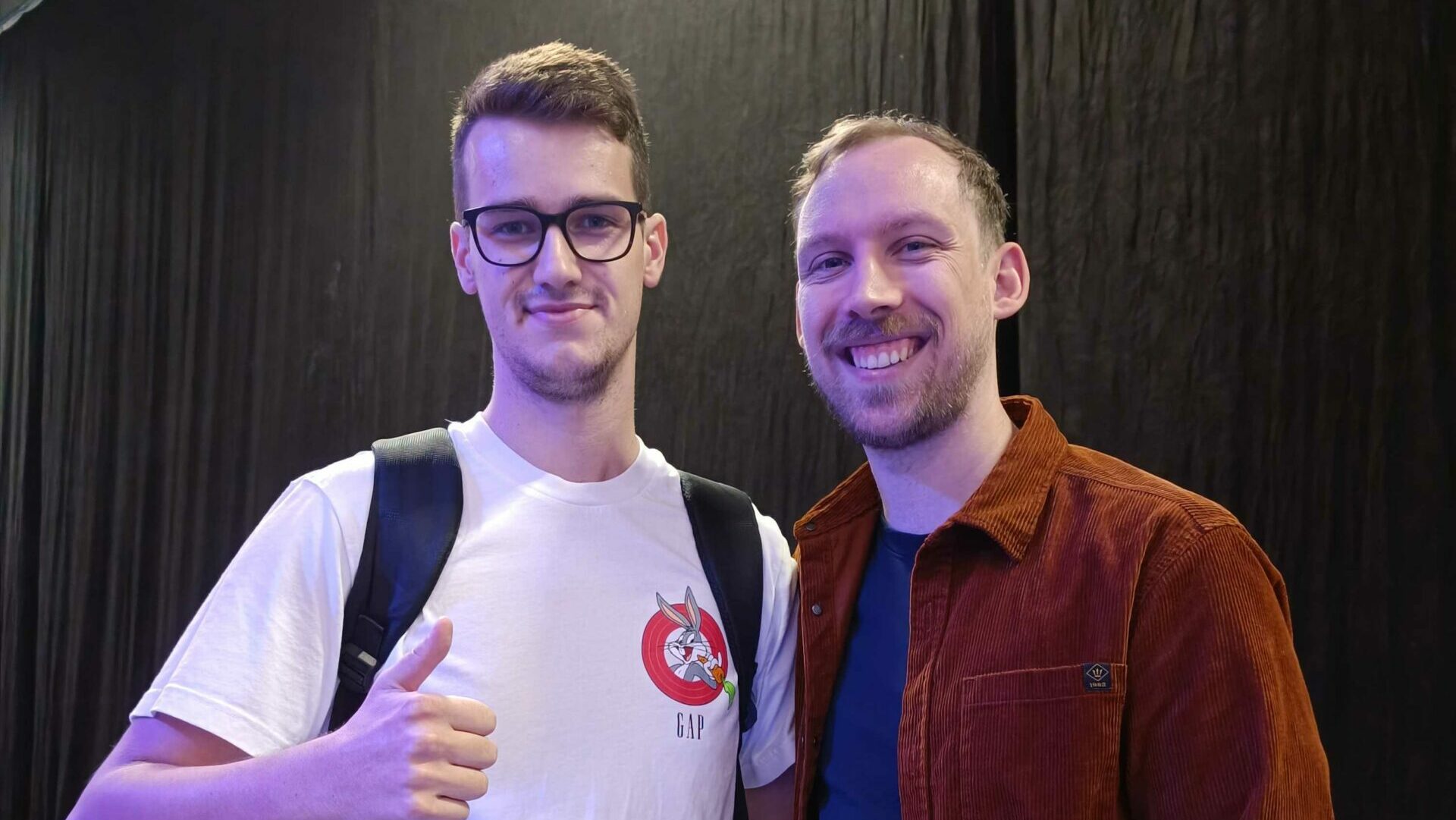 Interview with LPL caster Munchables ahead of 2022 LEC summer finals

With the 2022 LEC Finals around the corner, Jaxon had the opportunity to explore the LEC XPO near the Malmo Arena and to interview LPL caster Joe “Munchables” Fenny after the festivities.

Throughout the day, the fans had a chance to get together, compete in various challenges and win plenty of different prizes. In one such booth, Munchables was bringing the excitement up a notch as he cast 1v1s.

“I’ve had a lot of fun so far. I can’t believe how many people are here. It’s great to see the fans back in the stands after the COIVD19 pandemic,” Munchables said ahead of his interview with Jaxon’s Zoran Papak.

The quick chat was transcribed in its entirety below:

Zoran: How does casting an LPL game compare to casting a fan 1v1?

Munchables: It’s quite different. However, some of the games had a very similar level of aggression to LPL, haha. It’s been a lot of fun, though, people were playing for good prizes such as skins, so there is a lot on the line.

Zoran: Who do you think takes home the trophy?

Munchables: It’s a tough one to call. I think G2 is definitely the favorite, but I have a sneaky eye on Fnatic. I think their bottom lane is pretty cracked, and I feel like the sheer aggression from Fnatic might give them the edge they need to win.

Zoran: Do you think the meta suits Fnatic?

Munchables: Not really, to be honest. However, you can play Kalista, Lucian, and things like this, so it comes down to how good the opponent is at stopping those picks from taking over the game.

Zoran: Why do LPL Lucians “scale better” than the western ones?

Munchables: Well, not all of them do. I think Lucian comps are much harder to play as a team than people realize. You have to proactively find opportunities and be super aggressive, and you get punished so often. Teams that succeed at playing Lucian are the teams that already succeed at playing very aggressively. Teams like JDG, which have been aggressive the whole year, naturally fit that style better than the other teams.

Zoran: Which LPL team is your favorite to win Worlds? And is there a chance of a western team challenging LPL teams?

Munchables: My heart says Top Esports, but I have to say JDG. They just look unstoppable. JDG is super consistent, and their macro game massively improved towards the end of playoffs, which was the biggest segment they got criticized for.

Munchables: The hilarious thing is that he was Top Esports top laner, and now he is smashing them twice in playoffs. That has to feel good for him cause he is definitely surfing.

In terms of western teams challenging LPL teams, whoever wins the LEC is likely to have the best chance to challenge LPL teams.

Fnatic will take on Rogue in the LEC 2022 summer split lower-bracket final today, Saturday, September 9, starting at 17:00 CET / 8 a.m. PST / 11 a.m. EST. The winner will face G2 in the grand final on Sunday, September 10 and decide Worlds seeding for Europe. You can catch the action live on LoL Esports’ website.