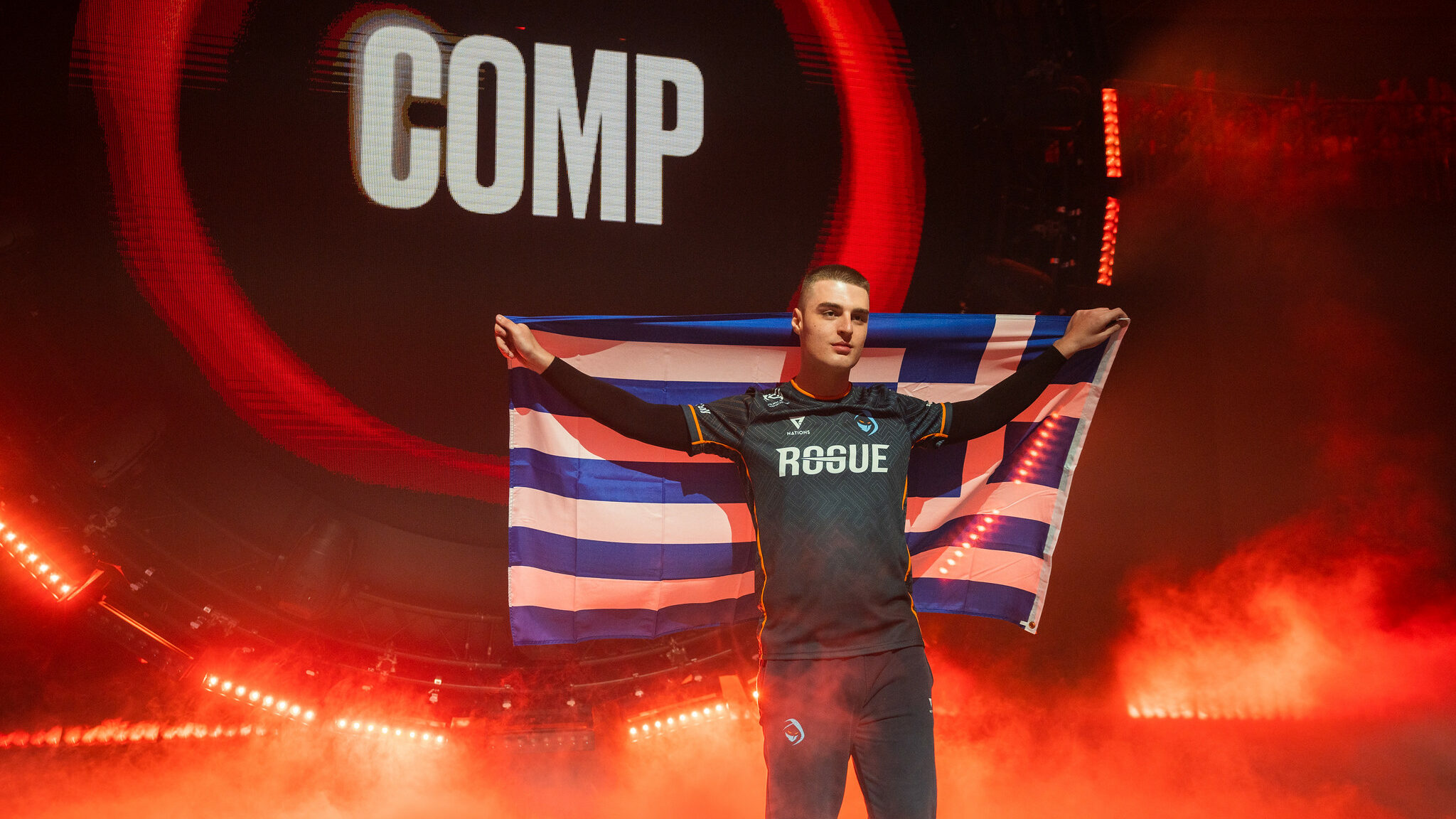 Alongside his support Adrian “Trymbi” Trybus, he played a crucial role in Rogue securing their first LEC title by stomping G2 Esports 3-0 in a packed Malmö Arena.

Comp didn’t die a single time throughout the series, finishing with a 38 KDA. The cherry on top of his insane finals performance was a Pentakill on Kalista at the end of game one.

Comp was benched by Vitality, and few expected him to fill Hans Sama’s shoes. However, he developed into one of the best AD Carries in Europe.

How much more can he improve? What is his ceiling? Can he compete vs. the best in the World, such as Ruler? Comp provided all the answers at the post-match press conference.

“I hope he[Ruler] bans Caitlyn, or I’ll make him suffer, haha. On a real note, I don’t really think about my ceiling and how much more I can go. I just need to keep improving. There are no limitations. I am absolutely confident going into Worlds, and I am really looking forward to some real bot lane competition.”

This kind of mindset is essential going into Worlds.

Rogue won’t have it easy despite being the first pool at the 2022 Worlds draw. Comp will have a chance to “put his money where his mouth is,” as he will face superstar ADC’s such as TES’ Jackeylove and DRX’s Deft.

Comp’s confidence in playing meta matchups was evident throughout the weekend in Rogue’s draft approach. In the semifinals versus Fnatic, he didn’t shy away from picking Lucian and facing whatever answer the enemy had prepared.

“I was surprised we got to play Lucian-Nami three times yesterday since we played it for a long time with high success. We knew that wasn’t the reason why we lost game one, and we decided to stick with it. I am so happy that we are a team that doesn’t drop a strategy after losing one game with it.”

In the series vs. G2, he was happy to take on Kalista into the Draven matchup and play his signature pick, Caitlyn.

“I told my coach there is no way G2 will leave Lucian open after the semifinals. When we faced G2 last week, they were banning Draven against me, but in game 3, they left both Kalista and Draven, which helped us prepare for the rematch. I am very confident in playing that matchup, so we decided to leave it open, especially with a crazy support Soraka counter pick prepared.

Trymbi stepped up despite the nerves

Comp’s “partner in crime” in the bot lane Trymbi, also had a fantastic weekend. Although he had some issues adjusting to the big stage and the big Malmö crowd initially, he managed to shake off the stress and put up a show.

“I was freaking out before the first game vs. Fnatic. I sh*t my pants. After the first game, I felt like home, and I was very calm and confident coming into the final vs. G2. We wanted to play some good games and have fun, which is exactly what happened. I was enjoying myself and flourished in a way during the series. It was simply amazing and completely different from what I thought.”

The Greek-Polish ADC and support combo seems to be the recipe for success for Rogue’s veteran top laner Andrei “Odoamne” Pascu. In 2016 he reached the Worlds semifinals with FORG1VEN and Vander in H2K, and now he has become an LEC champion after eight years.

“I have another Greek ADC who loves to play with Caitlyn. There are too many “coincidences” here, so I suppose I will get to the semis again,” Odoamne said.