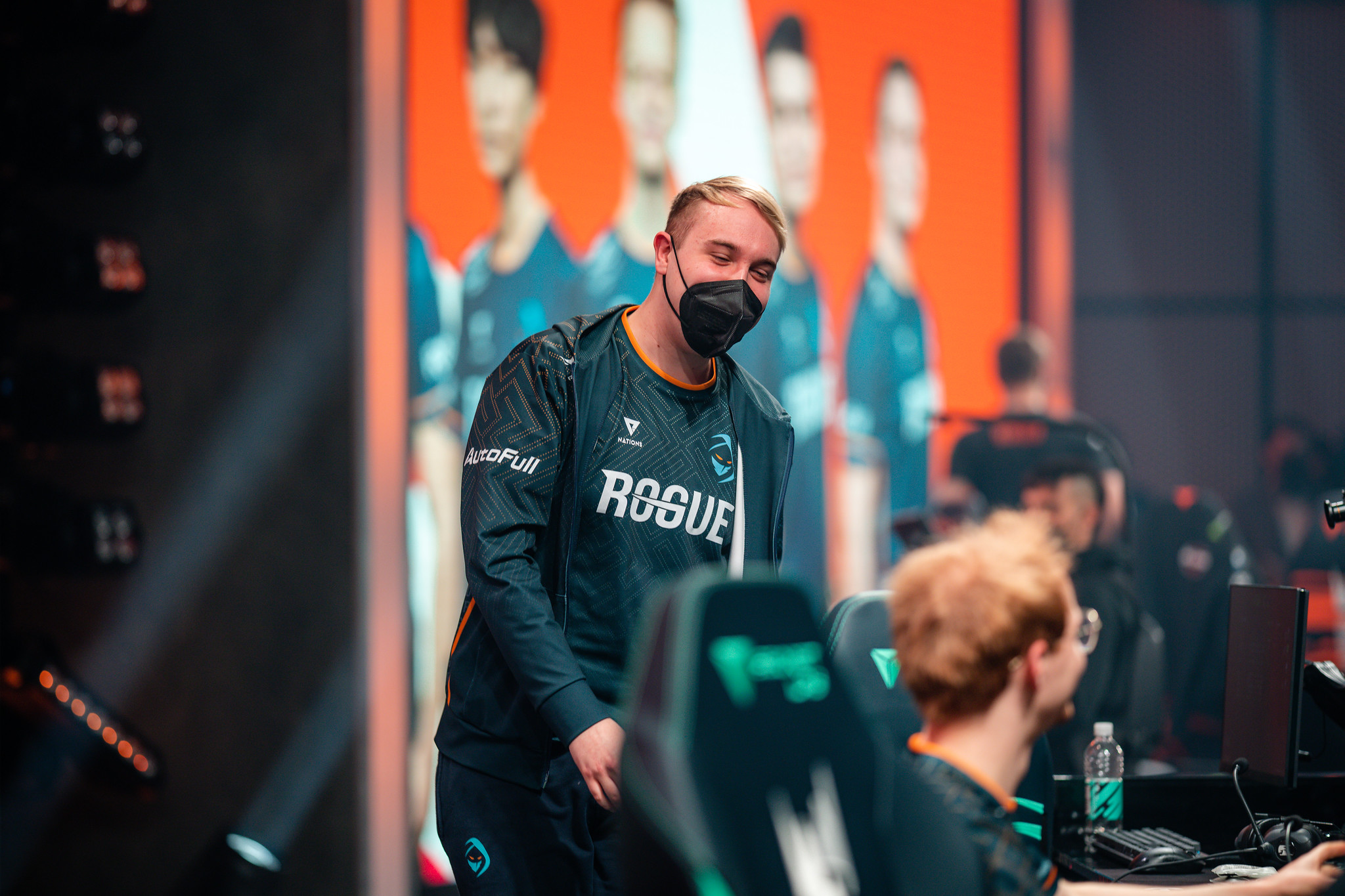 LEC: Despite their stumbles, Rogue played as favorites against Fnatic

When Fnatic ran out of cheeky game plans, Rogue emerged as the better team. So much for choking: the team won a playoff match against Fnatic for the first time in the team’s LEC existence. Previously, their all-time head-to-head record favored Fnatic 9-0.

Rather than preparing for a bo5 series, Fnatic came to annihilate Rogue in three straight games. However, if that was indeed the case, they were wrong as, predictably, Rogue were no pushovers.

Razork and Hylissang were up to the task all series long, and they showed it in the first two games—with Razork being a strong favorite for series MVP had Fnatic won. However, they were in no position to impact the map state in the remaining games.

Indeed, Rogue’s Level 1s and Malrang’s early-game pathings undid any best laid plans the might have had. From there, as Razork failed to find success on Viego, and as Humanoid died as frequently as he used to on MAD Lions during regular season games, there was no room for victory anymore.

Finally fnc can show their scrimm performance on stage

If anything, Rogue played as if they were favored to win it all, and that sentiment found vindication as they reverse-swept Fnatic. Their Game 2 no-show was a fluke as they pushed Fnatic to their limits in Game 1, and as they dominated their opponents in three straight lopsided wins.

Once Rogue faced their fears in drafting, they gained the upper hand from then onward. Without the Twisted Fate ban, they attacked Razork’s champion pool more aggressively, gave room for Larssen to unleash Sylas, and enabled Malrang’s Hecarim.

The team’s newfound composure spells trouble for their finals’ matchup and is a welcome break from their crashing and burning antics of 2020 and 2021, especially as players have matured over time, and as the new hires have brought a much-needed sense of emotional balance.

And then, there's Malrang and this blessed copypasta from Ashley Kang.

Rogue signing Malrang seems kinda random and the type of move EU teams used to do back in the dark days of 2016-2018. Average (by LCK standards) Korean players moving to rosters that are average by LEC standards. Don't really see Rogue contending for top spots this year. How can

Here’s why LEC players love (to hate) Yuumi, and why you should too