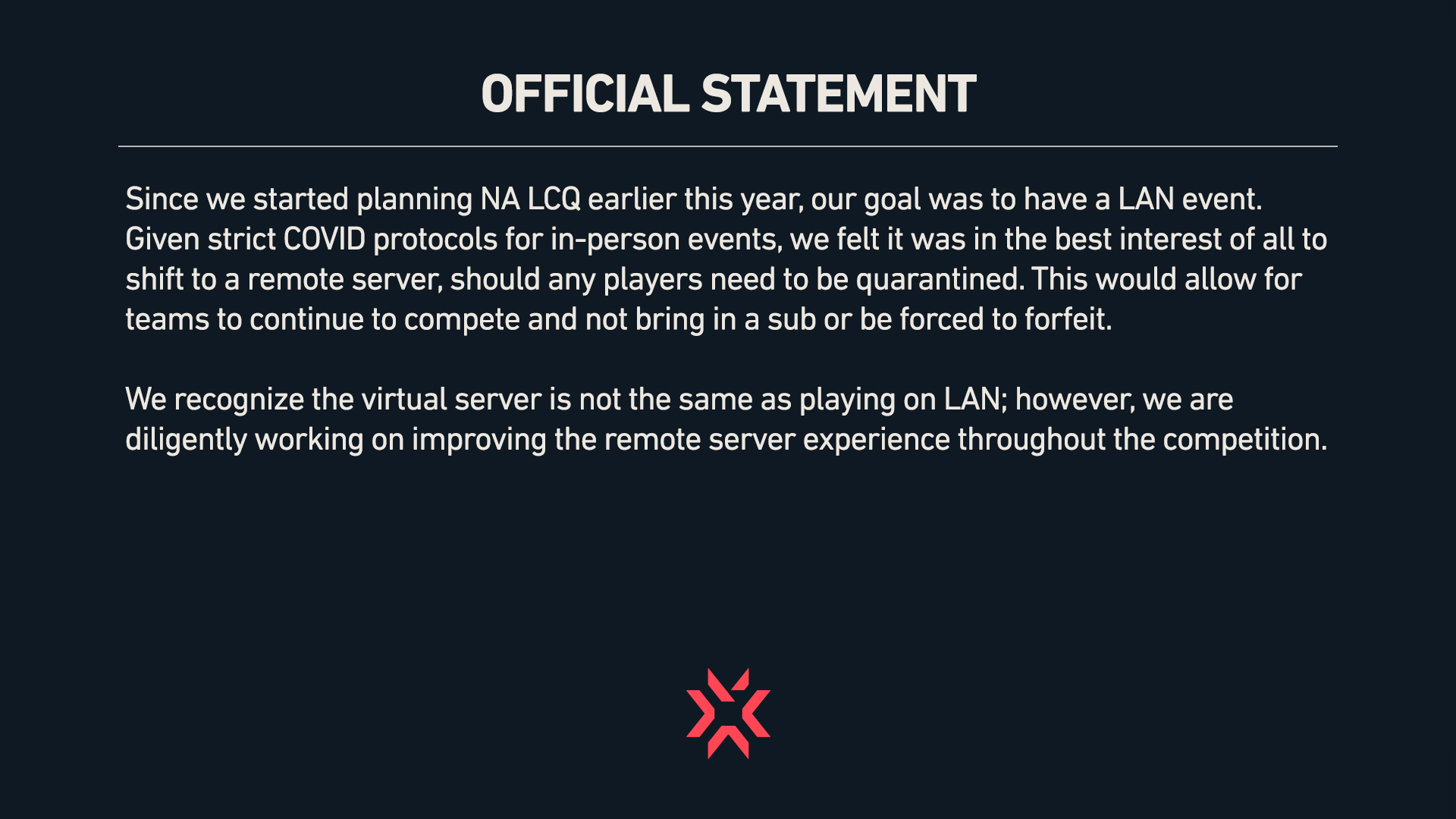 LCQ is played on online servers despite being on LAN

The reason behind the decision was revealed by Riot on Twitter today as they cited Covid-19 protocols for the reason.

"Given strict COVID protocols for in-person events, we felt it was in the best interest of all to shift to a remote server."

The statement came in response to the Luminosity vs XSET map. Here, the game froze for the last five seconds of the round. While aproto may have been able to pull off the 1v2, the round ended while the game was frozen and he died after.
While there have been no other high-profile issues, pros have reportedly been experiencing slight packet loss and lag.